Iran in a threatening message: We have launched precise ballistic missiles capable of reaching Israel and the United States 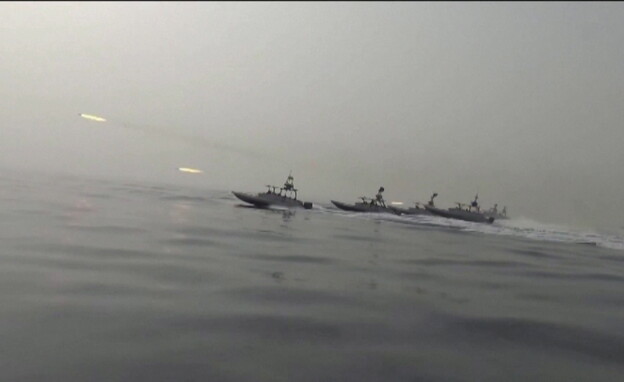 The Iranian army is currently conducting large-scale military exercises as part of a demonstration in front of Israel and the world powers. • As part of the exercises, ballistic missiles and armed UAVs were launched.

Iranian Revolutionary Guards fired ballistic missiles and cruise missiles today (Tuesday) during military exercises in the Gulf, Iranian state television reported. The military maneuvers are being carried out against the background of increased tensions with the United States and Israel and reports on Israeli plans to hit Iranian nuclear sites.

“The use of ballistic missiles by the Revolutionary Guards Navy is a new idea – they manage to hit their targets with 100% accuracy,” said Revolutionary Guards Commander General Hussein Salami. Iran claims that its missiles have a range of 2,000 km and are capable of reaching as far as Israel and the United States and other bases in the region.

Last night, Iran warned of an “overwhelming” response to any move against it by Israel, while at the same time efforts are being made by the world powers to revive the 2015 nuclear agreement.

According to Iranian television reports, the exercises conducted today in the Gulf waters also included the simultaneous firing of five cruise missiles and the launching of armed UAVs. According to the report, the exercise, which is in fact an Iranian muscle demonstration, will continue until the weekend.