US: Raytheon and Northrop Grumman advance development of a software framework for the future anti missile interceptor from Iran 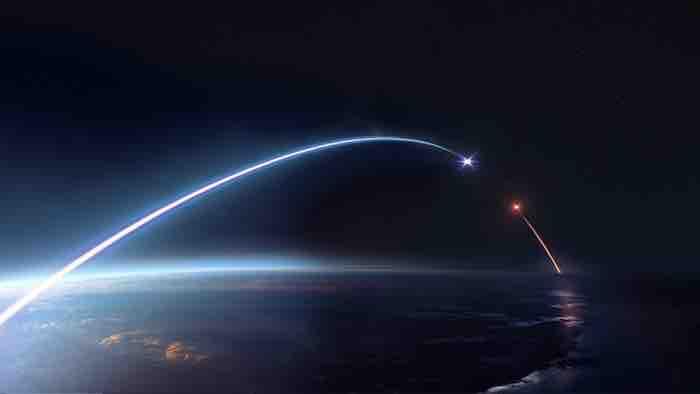 Northrop Grumman and Raytheon Technologies have completed its System Requirements (SRR) review and are continuing with initial system design, additional risk mitigation testing and critical component training activities. This is according to a report by northropgrumman. This is another phase of the project under the name Next Generation Interceptor.

The Pentagon last March awarded two research and development contracts for the Lockheed interceptor Martin and Northrop Grumman. The NGI project emerged after the Pentagon repealed in 2019 the redesigned Kill Vehicle design plan for existing interceptors that are already part of the Ground Defense System (GMD). This, after investing $ 1.2 billion in it.

The Department of Defense hopes to begin placing the NGI in fiscal year 2028 in silos in Fort Greeley, Alaska. There are currently no plans to replace the existing 44 interceptors, which have suffered development problems and testing failures. But to add the NGI to them to bring the total fleet to 64 interceptors.

As part of the current development process, the Missile Defense Agency (MDA) has approved the SRR, which was completed ahead of schedule, and is the first major technical review for the future U.S. interception program. “This achievement comes after the companies demonstrated NGI Common Software Factory, which enables rapid development, integration and delivery in a DevSecOps environment,” the statement said.

“We are leveraging the two decades of our performance in the current Ground Interceptor (GBI),” said Scott Lehr, vice president and general manager, missile launch and defense systems, Northrop Grumman. “With our combined workforce, extensive expertise and state-of-the-art facilities, we will provide a new high-capacity interceptor that will protect our nation from long-range missile threats for decades.”