Turkey: The interviewer attacked the technician who was trying to fix a sound fault. Watch 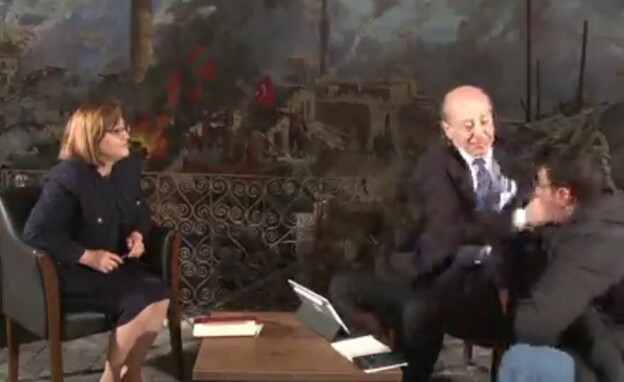 An unusual incident in front of the cameras: Senior Turkish journalist Muharram Sarikaya lost control during an interview with the governor of one of the eastern provinces of eastern Turkey – and beat the technician who tried to fix a live sound malfunction. Although he apologized to him and also in a tweet on Twitter, the journalists’ organization demands that he be prosecuted: “An apology is not enough, compensation must be paid.”During the interview which was riddled with glitches, the interviewer Sarikaya was furious non-stop and waved his hands to the staff standing around. The unusual incident caused a stir in Turkey, and networks called on the senior journalist to apologize to Ahmad Dimer, the same sound man who was attacked.

Sarikaya later apologized to him – and wrote on Twitter: “I made a mistake, I should not have driven the way I did. I lost control due to the sound malfunctions during the interview. This is an unpleasant incident. I apologized to technician Ahmed and I apologize to you viewers.”

The Turkish Press Association condemned Sarikaya’s behavior and did not content itself with an apology. The organization called for him to be put on trial in order to compensate the man who attacked: “We will not keep quiet until he is prosecuted – and he will pay compensation,” they said.