Mario Draghi: “The government can go ahead regardless of who will be the premier” 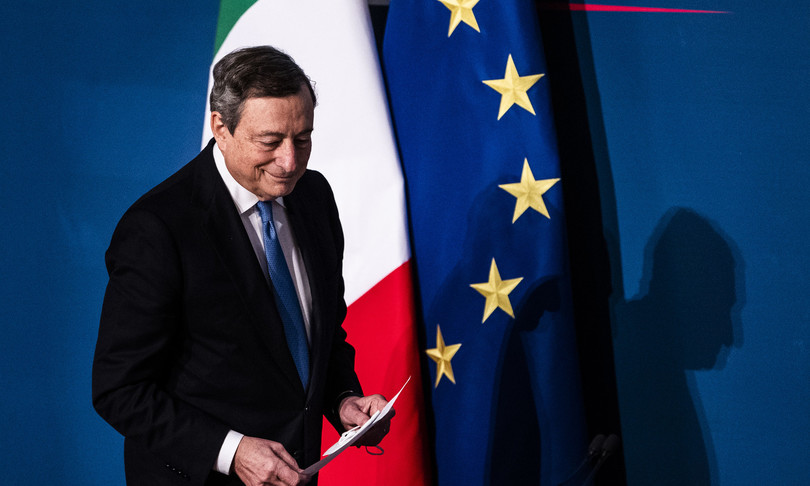 “The government remains ready to support the economy in the event of a slowdown”. These are the words of Prime Minister Mario Draghi in the first year press conference. “The challenge is to increase the rate of growth and solve the weaknesses of our economy“, he adds.” We have achieved all 51 objectives agreed with the EU Commission. “Then the joke:” I am a grandfather in the service of the Republic “.

The premier then invited “all citizens to continue to vaccinate and take the third dose. This is the priority. The vaccine also works very well against variants“. For Draghi” The arrival of the Omicron variant that scientists tell us more contagious than the previous ones has opened a new phase. Vaccines remain the best defense against the virus “.

The vaccination obligation always remains in the background but has never been excluded. “Today we will evaluate it. We will evaluate whether to extend it to other categories”, added the premier. “If the data continues to deteriorate it will be discussed in a very short time.”

“Two thirds of the deaths are from unvaccinated, this is a tragic reality”. He then stressed, explaining at the same time that the lockdown for the unvaccinated is not on the table in the control room of Palazzo Chigi.

One thing that must be claimed from the EU is that it has done more than anyone else in terms of vaccine donation, the US has made gigantic promises but deliveries much more limited than those in Europe “, he stresses.”But the US is opposed to the patent waiver. However, it must also be said that, in the face of huge donations, the vaccination rate remains low. Donating is fine but then you have to organize the logistics to get the vaccines to arrive “.

The measures for the holidays

Regarding the restrictive measures during the holidays, the premier explained that “outdoor masks are often not used, just see the images of a football match” the use of the FFp2 mask, “the application is not excluded. of the pad “. During the press conference all the possible measures that can be taken in the control room were then reviewed

“We must take all possible precautions”, observes Draghi. “But every decision is driven by data, not politics.” We will also discuss the reduction of the validity times of the green pass “become an instrument of freedom”.

On his future, Draghi recalls how “we have made Italy one of the most vaccinated countries in the world, we have handed over the NRP and we have created the conditions for the work to continue, regardless of who will be there”. The important thing, however, is that “the government is supported by the largest possible majority. This effort has so far been successful and I thank the parties”.

To the umpteenth question he answers almost philosophically: “The important thing is to live in the present. This government has worked on the present, without wondering what is in the future”. It’s still: “My personal destiny matters absolutely nothing, I have no particular aspirations of one type or another, I am a man and a grandfather at the service of institutions ”

The executive, he adds, “begins with a call from President Mattarella that it has resulted in constant closeness in government action. The continuation lies in the Parliament. It is the Parliament that decides the life of the government “.

“We will not evaluate the extension of the Christmas holidays for students” due to Covid, said Draghi during the conference. In the school “we will have to do a screening and if necessary, as I believe, strengthen it”.

For the prime minister, all precautions are needed “to preserve what little normality we have achieved”, we must insist on the vaccination campaign and for this reason it is necessary to “vaccinate the children”.

On the economy, however, the president said that the government expects “that the debt / GDP ratio will begin to decline as early as this year”. The budget law? For Draghi “undoubtedly there was a lot of trouble in the final phase of the discussion on the maneuver. It has also happened in past years. This maneuver was accompanied by a long political confrontation“.

“After the confrontation on the 8 billion, there was another confrontation in the control room and then in the Council of Ministers. The period of dialogue with the political forces was not compressed in the initial phase”, underlines the prime minister, recalling how the government received all the presidents of parliamentary groups.

“There was no lack of opportunities for comparison,” he adds. Then he observed: “There was a lot of trouble due to the deadlines that the PNRR imposed in December. Without the contribution of the political forces we would not have been able to arrive in time”.

“A critical view finds a general consensus. Italy is in a good position to make its voice heard. The discussion with the Commission has just begun. It is important to reach a new consensus because tax rules are useful but must be reasonable and not harmful“This is the premier’s vision on the discussion on budgetary rules in the European Union.” It is good to reach an agreement in 2022 “, he stresses.

“We must proceed to a rapid response to the increases” in the expensive bills. The European Commission is working but we must work on a national level. There will be support for businesses and families and if necessary, as it seems, in addition to what has been decided “. This is another hot topic touched by Draghi during the meeting with journalists.”There are big energy producers who are making fantastic profits. They too must help the economy, businesses and families “.

When asked, the president specifies: “The fixed point of government action is the protection of these three aspects that I said immediately, employment, infrastructure, ie the network, technology. We have to see what is happening, it is still not clear but the corporate configuration that will be created or to which it will be achieved must allow the achievement of these objectives. Today there is no predetermined road “.

“The government will not constitute itself against the admissibility of referendums. It has no intention of doing so.” This is the president’s response to a question about the referendum regarding justice and cannabis. “The government could in some cases have created conditions whereby the presentation would have been postponed to next year and has not done so.”

Superior Council of the Judiciary

“The election mechanism will be changed: but I don’t think we will be able to do it in tomorrow’s CDM”. Thus Mario Draghi, referring to the reform of the CSM. “There is a problem of reform of the CSM which can then lead to a different credibility”, said the premier.

The ‘revolving doors’ between politics and the judiciary? “It is a phenomenon that we cannot appreciate but there is a constitutional provision that must be respected“, he added, underlining the need for a balance to be reached.

Another theme: “Among the various initiatives we have undertaken, there is the Italian space strategy which in total commits 4.5 billion euros. Italy will launch the largest European constellation of satellites for Earth observation in low orbit, important for environmental and climate protection and also for developing innovative services for businesses “.

“The name of the constellation – he observed – will be proposed by young Italians with a competition at the beginning of 2022 and we will have it chosen by our astronauts, led by Samantha Cristoforetti who will fly back into space again next year”.