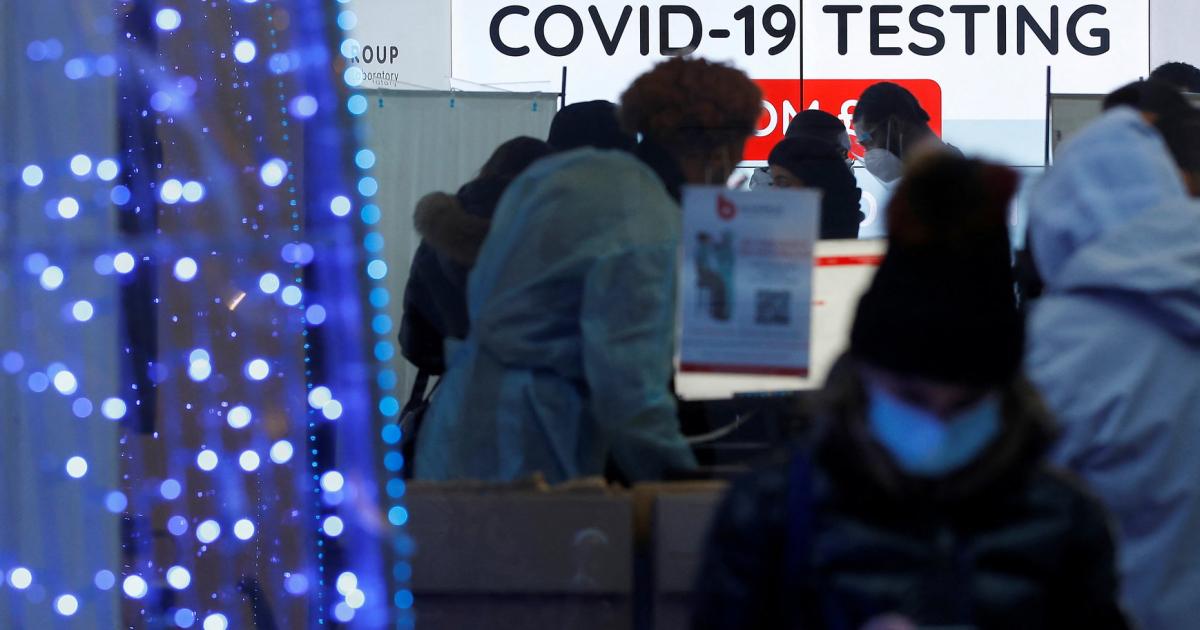 In the UK, more than 100,000 coronavirus infections have been recorded in a single day for the first time. The country, which is facing a massive wave of omicrons, recorded 106,122 new infections on Wednesday, according to government website. The hospitals in many parts of the country have also already reached their capacity limits. For example in London, where a disaster has already been declared

Despite the worrying development, Prime Minister Boris Johnson ruled out a further tightening of the corona measures for most of England for the festive season on Tuesday. The government wants to wait until there are clear data on whether the number of hospitalizations increases with the sharp increase in infections. Major sporting events, such as the traditional Premier League football matches on December 26th, are also regularly held in front of an audience.

However, experts warn that it may be too late when the data is clear. In addition, staff shortages in hospitals and in public transport are increasingly causing difficulties because many employees become infected and self-isolate. The government therefore announced on Wednesday that it would shorten the duration of isolation from ten to seven days.

The regional governments in Scotland and Wales, however, had announced further restrictions. In Scotland, for example, from Boxing Day onwards, there are upper limits on the number of visitors to sporting events. For Wales, the government announced a limit of 30 people for indoor events and 50 people for outdoor events.