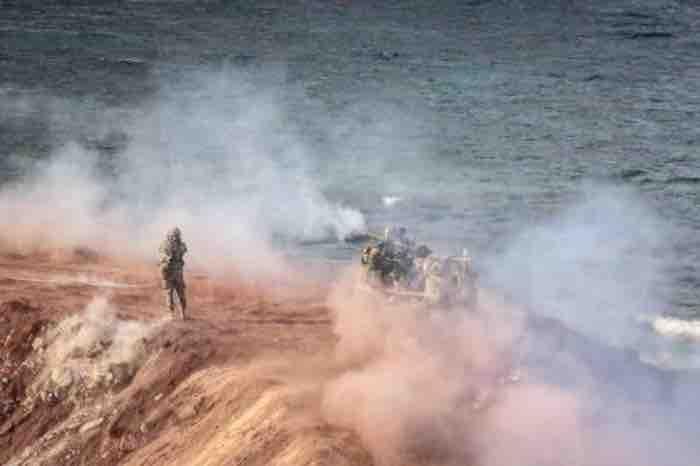 Iran’s Revolutionary Guards have launched a large-scale military maneuver aimed at defending the Strait of Hormuz, the narrow waterway through which 20 percent of the world’s oil trade passes.

Iranian state television reported that the Revolutionary Guards’ air, land and sea warriors were participating in the maneuver. DEFENSE NEWS writes that a maneuver is taking place in days of tension around the continuation of the nuclear talks in Vienna.

Reporters asked a Foreign Ministry spokesman in Tehran if Iran would enrich uranium to 90 percent, and he replied: “The level of enrichment, quantities and qualities of enrichment all match the needs of Iran’s nuclear program for peace. All these steps are taken with the knowledge of the Atomic Energy Agency. Will continue in the future. ”

“Earlier this week, the official Kayhan newspaper, known for its rigid line, wrote that Iran must enrich uranium to 90 percent, and that this is how it will become a world nuclear power, and this is the way to go if Vienna does not agree to sanctions.”

On Monday, General Golmeli Rashid, one of the commanders of the Revolutionary Guards, made a direct threat against Israel: “Iranian forces will attack without basic delay and centers of aggression. Any attack by the Zionist regime against Iran’s bases and its nuclear program would not be possible without US support and green light. “.