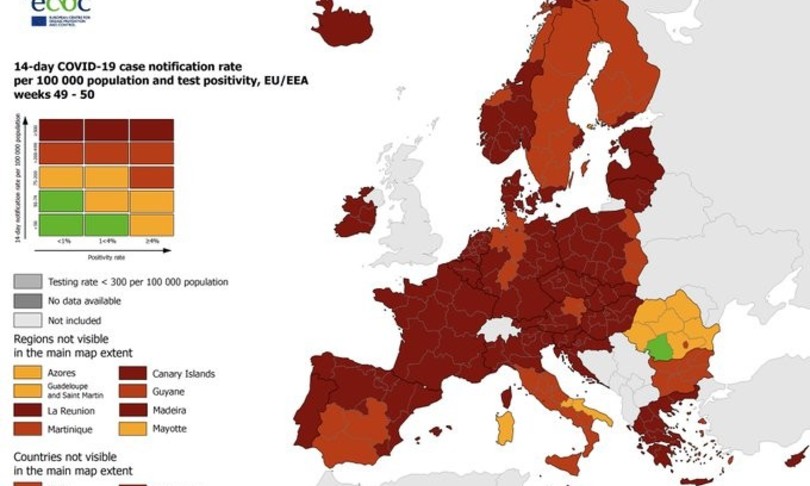 – A Northern Italy all in dark red, with only Sardinia, Molise and Puglia in orange. It is the new updated map of the European Center for Disease Prevention and Control (Ecdc).

Dark red, which indicates a sharp increase in the incidence of new infections, remains the dominant color in most of the EU. The only country in green is Romania.

The previous map on the progress of the infections, published by the ECDC on December 16, reported in dark red only in Friuli Venezia Giulia, Veneto and the province of Bolzano.

Contagions are also growing in the Baltic countries and Eastern Europe, all passed in dark red in the update of the ECDC map. And Holland, Belgium, France and much of Germany are also at high risk. The north of Spain and all of Ireland are also in dark red.