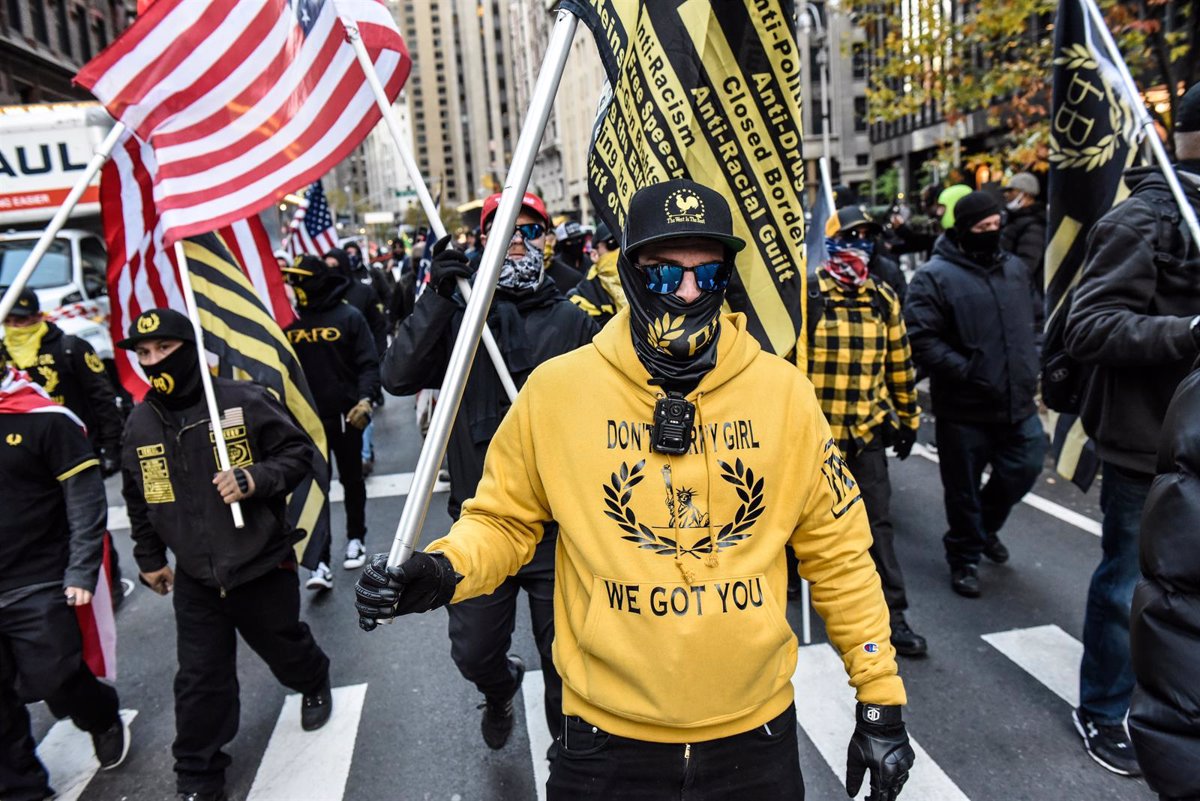 The far-right Matthew Greene, 34, was the first of the Proud Boys militia to plead guilty to several of the crimes he was charged with, including conspiracy, for his participation in the assault on the Capitol in Washington in the past. January 6th.

Greene, a native of New York, has pleaded guilty this Wednesday to the crimes of conspiracy and obstruction of an official process, after acknowledging that he went to the Capitol to block the recount of electoral votes that confirmed the defeat of former President Donald Trump against Joe Biden in the November presidential elections.

After pleading guilty, Greene is expected to help reduce the sentence of up to 51 months in prison to which he could be sentenced. In addition to him, some thirty members not only of the Proud Boys, but also of other extreme right-wing groups, such as Oath Keepers, have been charged with conspiracy, domestic terrorism and obstruction of official proceedings.

Greene has also agreed this Wednesday in his hearing before a federal court in Washington DC to pay a fine of 2,000 dollars for the damage caused to the Capitol facilities, details the CNN network.

He is the first of the Proud Boys to plead guilty and to provide information about the organization. Before him, far-right Oath Keepers have been collaborating with authorities in recent months.

The United States Department of Justice maintains that Green “participated along with other insurgents, including members of the Proud Boys, erecting barricades against the agents”, once the police cordon established on the Capitol grounds was broken, after receiving orders by radio from the Armed group.

“I’m fine, we have taken the capital,” Greene exclaimed, according to information provided by prosecutors during the hearing, after which he has been locked up in prison awaiting the reading of his final sentence, which has been set for 10 March 2022.

Those who are also awaiting sentence are his comrades in arms in the organization, William Pepe and Dominic Pezzola, accused last April of police obstruction, public disorder, robbery, assault on a public official and illegal entry into restricted spaces. among other charges.

In the case of Pezzola, the Department of Justice detailed that he snatched a police shield from an agent with which he broke one of the windows of the building through which the rest of the insurgents and supporters of former President Trump accessed.

In mid-December, the District of Columbia Prosecutor’s Office filed a civil lawsuit against dozens of extreme right-wing members of these armed groups to also answer for “the millions of dollars” that the Administration allocated to quell the revolt, as well as for the treatment doctor of the more than 140 agents of the Metropolitan Police and the Capitol injured that January 6.

Attorney General Karl Racine filed the lawsuit under a law against the Ku Klux Klan, dating from 1871, and which was already successfully applied in November 2021 against those who organized the racist demonstrations in Charlottesville in August 2017 and in which a woman was run over.