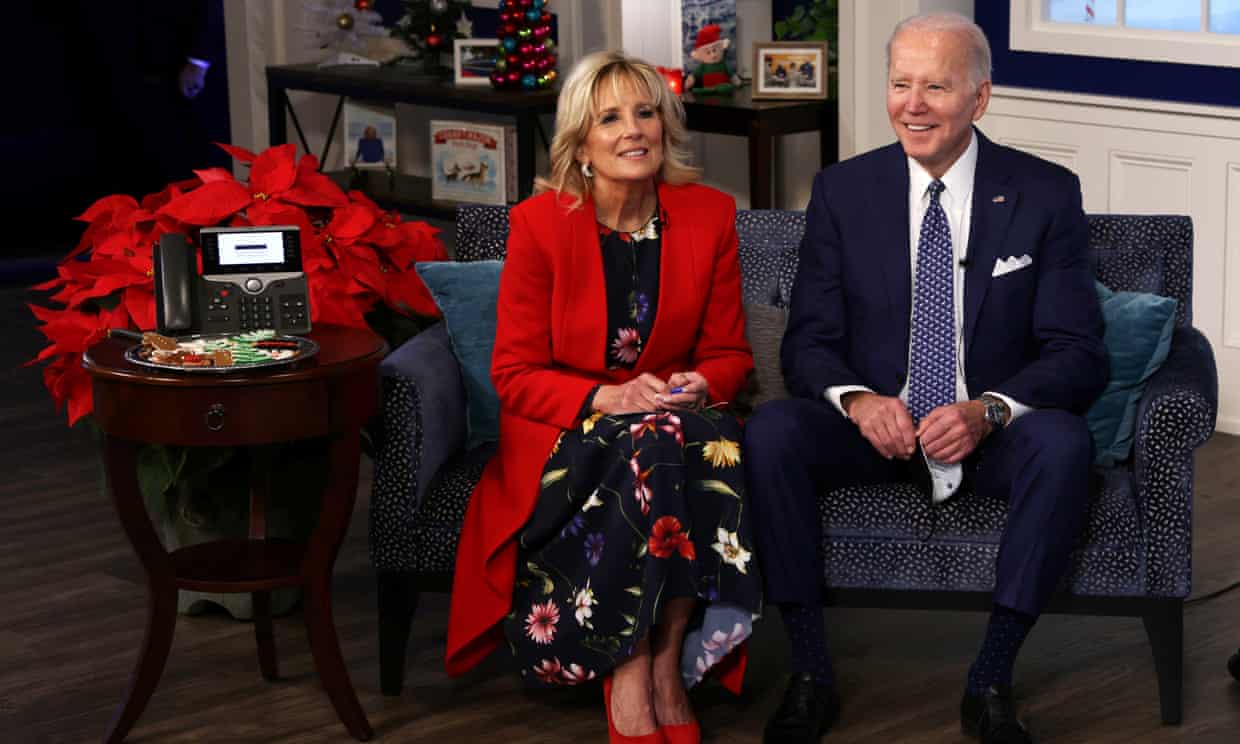 The statement, a subtle version of “Fuck Joe Biden,” has been an internet sensation since a TV reporter told race driver Brandon Brown that an audience shouting the vulgar statement against Biden is actually saying, “let’s go Brandon.”

Biden and his wife Jill Biden received calls at the “Santa Headquarters” from the North American Air Defense and Space Center, which “tracks Santa’s sledding progress” for millions of children.

At the end of one call, a parent who gave his name as Jared said, “Merry Christmas and let’s go Brandon.”

“let’s go Brandon, I agree,” Biden responded calmly, before asking Jared if he was in Oregon. At this point the call was disconnected.

Much about the exchange on Christmas Eve was not immediately clear, including what the caller meant, why Biden repeated the password and whether one of them knew the origin of the phrase.

The White House did not respond to requests for comment. Jared’s full name and contact details were not immediately available.