He returns: Trump at first rally since leaving the White House 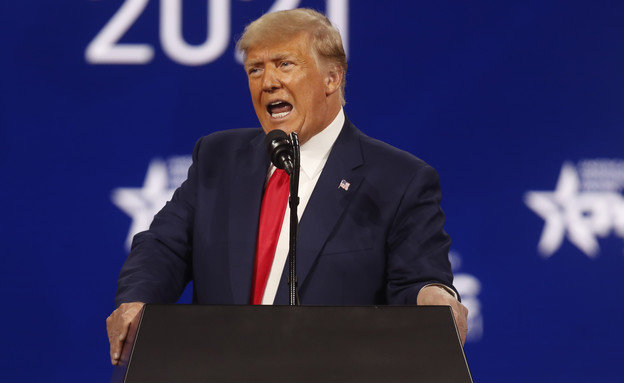 In the run-up to the US presidential election in 2024, last night (Saturday) former US President Donald Trump began his journey back to leading the Republican Party – in the state of Ohio. Trump began the campaign with a large rally he held in the country, in which he expressed support for a party member running against another colleague who called for his removal from the party leadership at the end of his term as president, Anthony Gonzalez.

One of the great challenges he faces in the post-presidency period is to try and reassemble the stable electorate and supporters he has enjoyed during his four years in the White House. At the rally, Trump argued that his ouster was not the reason that led him to hold a major public event, for the first time since the January 6 attack on Capitol Hill, and blamed the rival congressman for his conduct when he was ousted from the party leadership.

“The 2020 election was staged, we won it by an overwhelming majority,” he told the crowd, who responded with shouts of “Trump has won.” Trump called party members who voted for his removal “fake Republicans,” and claimed they were not many. He went on to say that he was happy that most of those who supported the removal were currently running in the Republican primary, and promised to help their opponents.

Earlier this year, Trump applauded and encouraged Republicans in Ohio when they angrily erupted against Gonzalez, but the time since has actually helped the Republican congressman: even his most ardent opponents admitted that anger toward him subsided as they returned to routine and forgot about the turbulent early 2021 events in the Capitol.

Trump praised the Republican he supported, Max Miller, calling him an “amazing patriot” and a “great guy” who “loves the people of Ohio.” He continued to try and determine his narrative for the 2020 election. The former president still insists he defeated his opponent Biden in the election, although a number of state and local election officials, his personal legal adviser and many judges, including those he appointed himself, said there was no proof. To deceive a mass voter as he describes.

It is unclear whether Trump’s strategy works: on the one hand, many of his supporters came to Ohio County from hundreds of miles away to see him speak in public even without knowing anything about Miller, the man he supported. On the other hand, even among Ohio voters themselves – few knew Miller beyond the campaign signs scattered around the area.