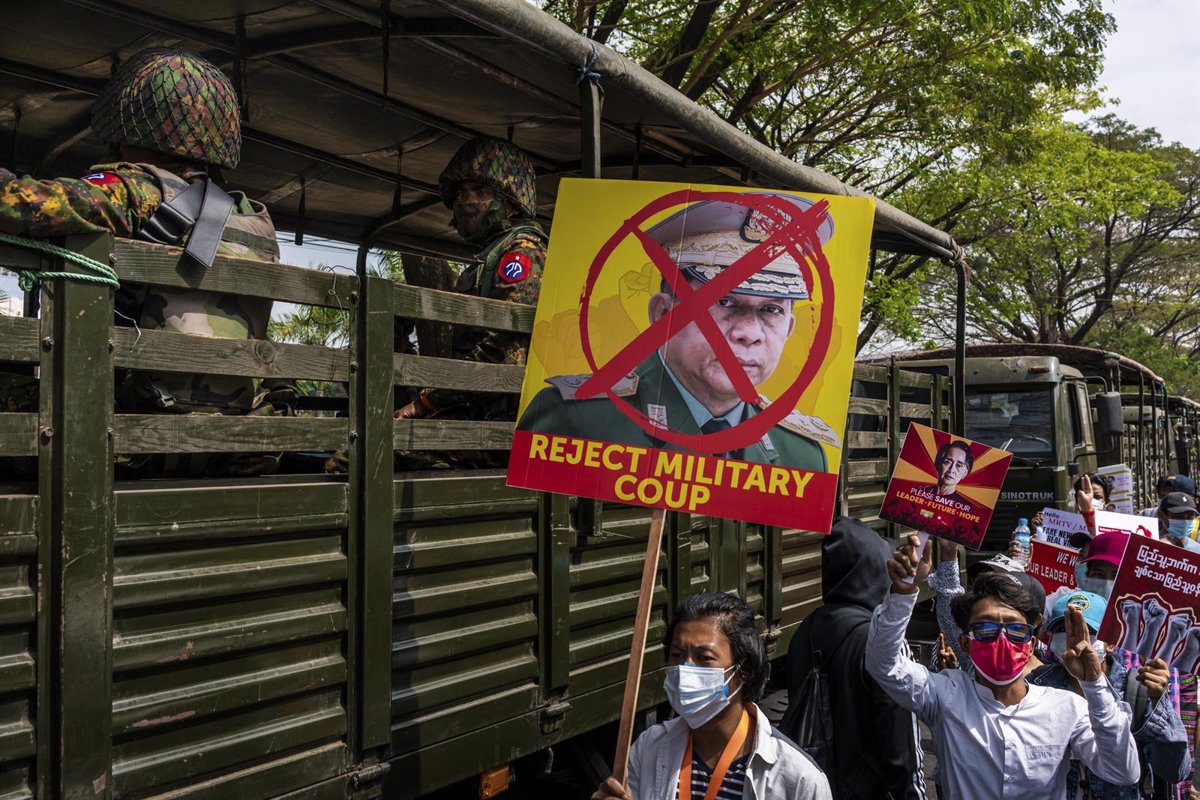 The charred bodies of 35 people were found this Saturday in a village in the state of Kayah, in eastern Burma, in an attack that the opposition has attributed to the military junta due to the armed resistance that exists in the region, where the Karenni people settle.

The victims, including a minor, have been found in a dozen completely destroyed vehicles in the vicinity of the town of Moso, according to one of the leaders of the armed resistance in the region, the KNDF, reported the Burmese news agency Myanmar Now.

Some of the remains found suggest that the victims were locals from the area who were fleeing from the troops of the military junta, which reinforced their presence in the region on Friday. “They are no longer human. Their crimes are worse than those committed by the fascists,” said this KNDF leader, who has preferred to remain anonymous.

About a hundred soldiers of the Burmese Army made an appearance this Friday in the area this Friday, from the municipality of Demoso towards Hpruso, where they had a confrontation with KNDF forces, which suffered at least four casualties.

For its part, the military junta has not offered its official version of events, but some state media, such as the newspaper ‘Myanma Alinn’ have pointed out that the fighting took place on Friday after the armed wing of the Karenni National Progressive Party and other opponents will refuse to stop their vehicles during a routine Army check.

The state of Kayah was one of the first regions of the country to rise up against the military junta responsible for the coup d’état on February 1, thus annulling the results of the general elections of November 2020, in which the party of the former ‘de facto leader’ Aung San Suu Kyi, the National League for Democracy (NLD).