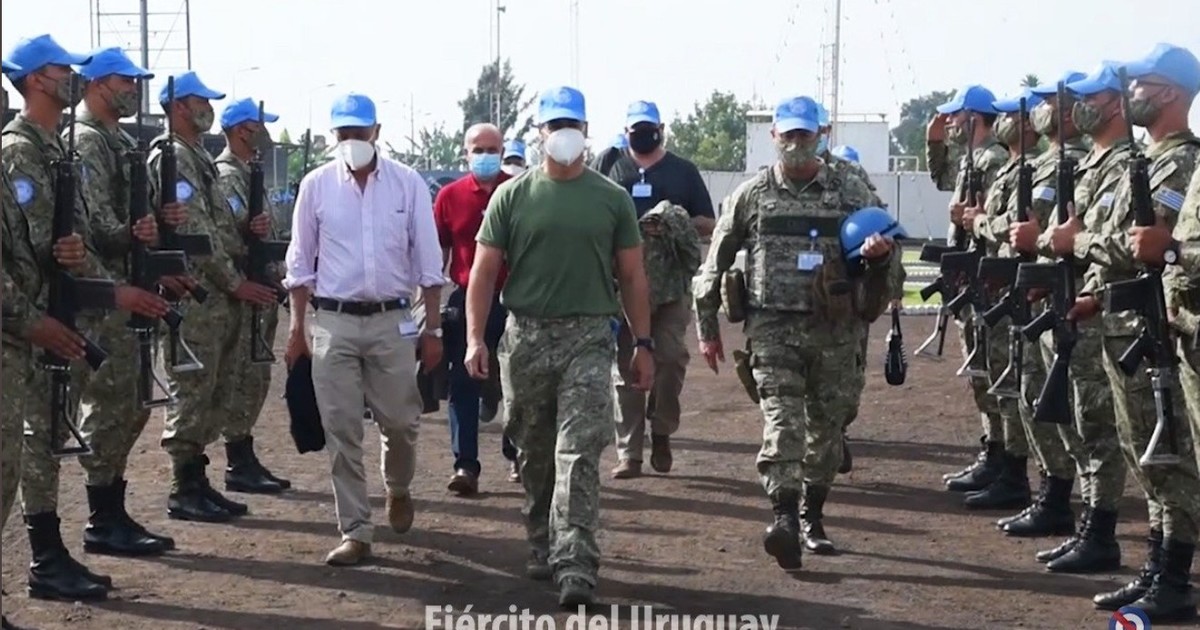 The Uruguayan President, Luis Lacalle Pou, chose to celebrate Christmas with the 800 blue helmets of their country deployed in the eastern Democratic Republic of the Congo (DRC) where they carry out different peace missions in that area of ​​the world.

“The Uruguayan president arrived in Goma to spend Christmas with troops from his country who are (deployed) here in Goma, in Beni (North Kivu, east) and part in Bukavu,” said Amadu Ba, an official from the office. of communication of the Mission of the UNO in the DRC.

During the first hours of this Saturday, the president was also in Bukavu, capital of the neighboring province of South Kivu. The visit of a head of state to the peacekeepers deployed in the DRC is rare.

The Uruguayan Head of State spent Christmas in the Congo.

Lacalle Pou thanked the soldiers for the quality of their work in the stabilization process of the DRC under the UN flag. The troops are mainly deployed in the east of the African country.

Uruguay contributes with “just over 800 blue helmets” to the peacekeeping mission in the DRC and the protection of its civilian population, which for more than 25 years has been exposed to frequent massacres and assaults by armed groups operating in the area.

The president – who traveled accompanied by the Minister of Defense, Javier García – he is already back to Uruguay. “Without a doubt, it was a different Christmas,” Garcia said before beginning the return and after summarizing the trip and the experiences shared with the troops as “a caress to the soul“, as reported by the Uruguayan newspaper El País.

Despite the presence of the UN peacekeeping mission, which has more than 14,000 soldiers deployedThese areas have been mired in conflict for years fueled by the actions of these rebel militias and by attacks by soldiers of the Congolese Army. On Monday, the UN Security Council extended the mission for a year.

Uruguay has 800 soldiers deployed for peace missions in the Congo.

North Kivu and Ituri have met since the beginning of May in Site status, an exceptional measure that gives full powers to the military, but until now has failed to stop abuses by armed groups.

In these two provinces of the country, the Congolese and Ugandan armies have been carrying out joint military operations since November 30 against the positions of the Ugandan insurgents of the Allied Democratic Forces (ADF). This group is considered the most bloodthirsty in the DRC.

The Uruguayan Head of State spent Christmas in the Congo.

The ADF is accused by Kampala of being responsible for recent attacks on its territory claimed by the jihadist group Islamic State (IS).