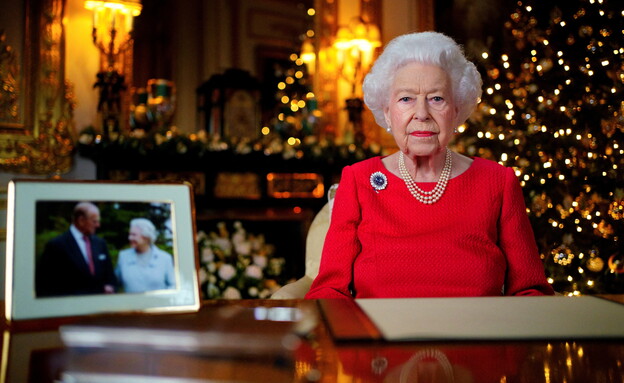 Queen Elizabeth II of England today (Saturday) paid tribute to her late husband, Prince Philip, in the first Christmas greeting she has issued since his death in April.

The video released by the Queen opens with photos and videos in which she appeared alongside Prince Philip. “Christmas may be hard for those who have lost loved ones,” the queen said. “This year, in particular, I understand why. But in the months that have passed since the death of my beloved Philip, I have been comforted by the warmth and affection in the many protests for his life and work, across the country and around the world.”

“Life is of course made up of last separations as well as first encounters,” the Queen went on to mention, mentioning Philip’s ability to “squeeze” pleasure out of any situation. “As much as my family and I miss him, I know he would like us to enjoy Christmas.”

The change following the corona

Most of the time, the Queen spends Christmas at the Sandringham mansion. But following the Corona plague, which is currently hitting Britain at the height of its power with the spread of the Omicron variant strain, the queen is in a kind of isolation at Windsor Castle. Along with her are also her family members, how she is not expected to appear in public.

The Queen also of course referred to the corona plague that is hitting these days in Britain at the height of its power with the spread of the Omicron variant. “We can not celebrate as we would like, but we can still enjoy the many happy traditions,” she explained. “Decorate the tree, give and receive gifts or watch a favorite movie that we already know the end of.”

What I did was obscure the joy of the Queen’s holiday is the arrest of a 19-year-old man who managed to escape the security at Windsor Castle. “The man was arrested on suspicion of breaking or trespassing on a protected site and possession of a weapon,” said Rebecca Mirs, head of the Thames Valley Police. She added that he was unable to enter any building, and said he would remain in custody.