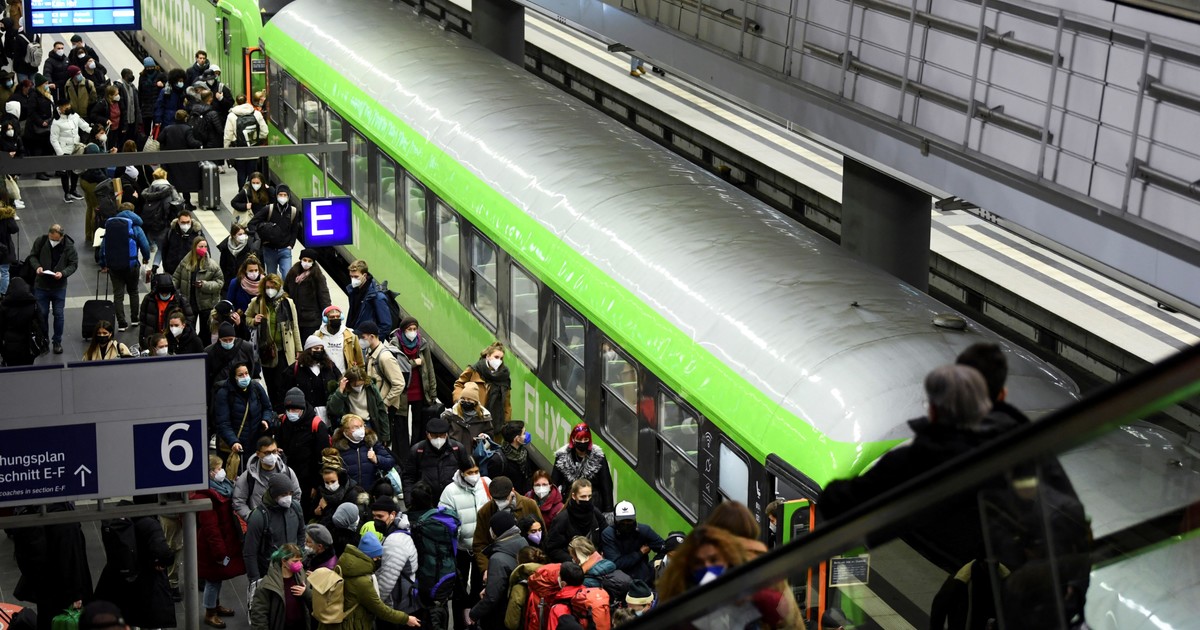 Germany has considered Spain, Portugal and the United States as high-risk areas since midnight last night, and tighten restrictions for travelers that enter from those countries as a measure to avoid the importation of cases after the moderate decrease in infections in recent days.

The German Government had announced on Thursday the inclusion of these three states, in addition to Finland, Monaco and Cyprus, in the list of countries considered high risk, which contemplates a ten-day quarantine that can be shortened by presenting a negative test five days after arrival in Germany.

For those under six years of age, the quarantine will end five days later of entering Germany without the need to take a test.

To enter Germany, any traveler over the age of six who has been in a country on this list in the last ten days must present a certificate having received the complete schedule of the covid vaccine or having passed the coronavirus or a negative test.

With chinstrap in Berlin. Reuters photo

Meanwhile, Austria, Serbia, Bosnia and Herzegovina, Belize and Malaysia ceased to be “an area with a particularly high risk of contagion due to the wide presence of a certain variant of SARS-CoV-2.” This list also includes the countries of recent incorporation, another fifty, between them more than half of all those of the European Union, and for Latin America, Mexico and Venezuela.

Moreover, since midnight last Sunday, United Kingdom went on to swell the list of risk areas by variant of the virus – in this case the omicrón – that already included South Africa and seven other countries in southern Africa: Botswana, Eswatini, Lesotho, Malawi, Mozambique, Namibia and Zimbabwe.

To contain the importation of more cases of this mutation, also present in Germany and which has already claimed at least one life, all travelers aged six and over who have been in one of the countries on this list in the last ten days they must present a negative test before starting your journey.

Only German citizens or residents of that country may enter Germany, who must keep, after entering German territory, a 14-day quarantine, also if they are vaccinated, and without the option to shorten the isolation by means of a negative test.

People who only make a stopover in the country may also enter or they must go through it to reach their final destination.

Meanwhile, the incidence continues to decline in Germany, but the Robert Koch Institute (RKI) of virology has already warned that the data these days will offer only an incomplete overview of the situation in the country, due to less testing activity and communication of cases during the Christmas and New Year holidays.

Coinciding with Christmas Eve, the vaccination campaign registered a notable slowdown yesterday with only around 67,000 doses administered in one day, compared to 1,154,000 on Tuesday, the maximum in this week, and despite the fact that the Government intended to maintain the rate of inoculation during the holidays.