Politics with tweets: what did the leaders talk about? 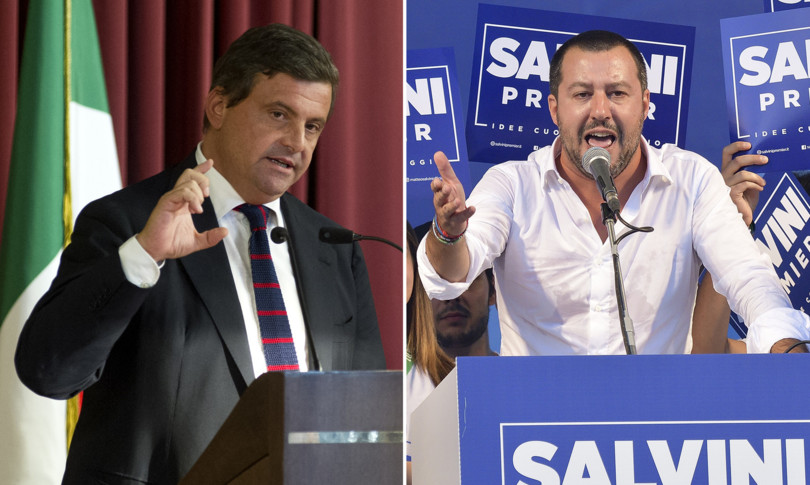 Also in 2021 Twitter was like a parliament, but out of the classroom: widely used by Italian politicians to communicate every day, real time, various topics, interact, amplify content trending topics and start conversations with users, as do influencers.

A year that started badly because a lot of controversy was concentrated on the platform after 9 January was removed the profile of the president of the United States, Donald Trump, following some tweets legitimizing the January 6 attack on Congress.

A discussion that developed above all in America on the risks that social networks could become a dangerous political propaganda tool, a complex debate which, however, has not reduced the importance and resonance of Twitter in the world of politics, including Italy.

Regarding the most discussed issues obviously the pandemic has aroused much of the interest, but a very large part of the contents published in 2021 can also be traced back to politics, together with civil rights, entertainment and above all sport in a year full of victories for Italy (European football championships and Olympics).

There is a word particularly used, transversally: “thank you”, gratitude for the efforts that in the country, in different ways, we are all doing to get out of the pandemic.

Among the first three contents with the highest level of interactions, two are strictly connected to politics: the tweet published by Fedez on the occasion of the participation in the May Day Concert, and the consequent endorsement of the former Prime Minister, Giuseppe Conte, the domestic politics tweet most appreciated by Italians.

Rai denies the censorship.
Here is the phone call made last night where the deputy director of Rai 3 Ilaria capitani together with her collaborators exhort me to “adapt to a SYSTEM” saying that on stage I cannot give names and surnames pic.twitter.com/gu14BxM3G6

I’m with #Fedez. No censorship. pic.twitter.com/Dr1JWjiHwN

Adding up all the social profiles on which politicians communicate, depending on the respective target audience (Twitter, Facebook and Instagram), Giuseppe Conte of the 5 Star Movement and Matteo Salvini of the Lega, they rank at the top in terms of following and number of followers – Salvini with 1.4 million and Conte 1 million – both very active although with different communication styles and languages. On Twitter, however, Matteo Renzi is the most followed political leader still today, with over 3 million followers.

A completely different speech, however, for the highest institutional body in the country, the Quirinale: in this case it is sobriety is the distinctive sign of the profile, unique and not split, i.e. the President of the Republic Sergio Mattarella has not activated a personal account, just as Prime Minister Mario Draghi did not activate it.

#Mattarella: The wish that I address to you and to our beloved country – for the future – is that the constructive and collaborative spirit, mutually respectful, can become a stable feature of institutional relations.
This is the spirit that built the Republic pic.twitter.com/ilk0VhU72A

With the artificial intelligence algorithms of KPI6 * we reviewed the thematic areas discussed in 2021 on the accounts of some political leaders of particular media importance such as Renzi, Meloni, Letta, Conte, Salvini, Tajani, Bonino, Calenda and Speranza.

Mattero Renzi (Italia Viva) posted 660 tweets talking about “Future” “Ideas” “vaccines” and “Draghi”; Italia Viva was the protagonist of the change of government and in fact the current Prime Minister is at the center of Renzian communication.

Giorgia Meloni (Brothers of Italy) has published more than double the content of Renzi focusing on the measures of restrictions of freedom to contain the spread of the pandemic, desired by the Government. #Bastacoprifuoco #coprifuoco #greenpass are some of the thematic hashtags used, without forgetting a theme very dear to the Brothers of Italy which is immigration with #blocconavale and #bastasbarchi.

Among the most recurrent words in the contents also those relating to nationality, identity and borders as “citizens”, “Italians”, “State”, “Italian”, but also a significant tendency to mention the “Left”, with a very engaging communication.

Enrico Letta (Democratic Party) poses the themes of “gratitude” and “solidarity” in the center, together with “commitment” and the “future”, reinforced by the hashtags #partecipazione, #giovani and # agoràdemocratiche. Thematic focuses partly overlap with those chosen by Giuseppe Conte, who also concentrated on “Thank you” and “together” by proposing inclusive communication, with particular attention to work and # 1 May.

Matteo Salvini (Lega) with three thousand tweets he is the most active Italian politician on Twitter and on social networks in general, together with Carlo Calenda. For him too, “work” is a central theme, in addition to “Italians”, “to Italy” and #primaItalia; unlike all the other leaders, it is his party, the Lega, which is constantly mentioned in the published contents, a reciprocal exchange with the @ Lega-Salvini Premier account, often used precisely to relaunch and amplify the reach of the tweets published on Salvini’s account.

“Work” and “Italy” are the two words most used also by the leader of Forza Italia, Antonio Tajani, who also made numerous references to support for the Draghi government, as well as #Roma on the occasion of the local elections. Emma Bonino, on the other hand, confirms that she is very attentive to civil rights and those of women, as well as having focused much of her communication on #ddlZan.

Carlo Calenda (Action) is the Italian politician who uses Twitter most frequently with 4,145 tweets shared in a year, and very high engagement rates, stimulating comments to which Calenda often replies, engaging in discussions with his fan base and his detractors. #Romasulserio and #CalendaSindaco are obviously the two focuses most dealt with during the local elections, which were held in the capital; There are also frequent mentions of Giuseppe #Conte, a direct political opponent in numerous issues.

Finally the Minister Roberto Speranza (Article One) produced a small amount of content, committed to leading the Ministry of Health to combat Covid. The “Health”, the “vaccine” and thanks to the medical staff and to the Italians for the efforts made in recent months, are the most recurring words.