Desmond Mpilo Tutu: The activist who supported Argentina in the claim for Malvinas 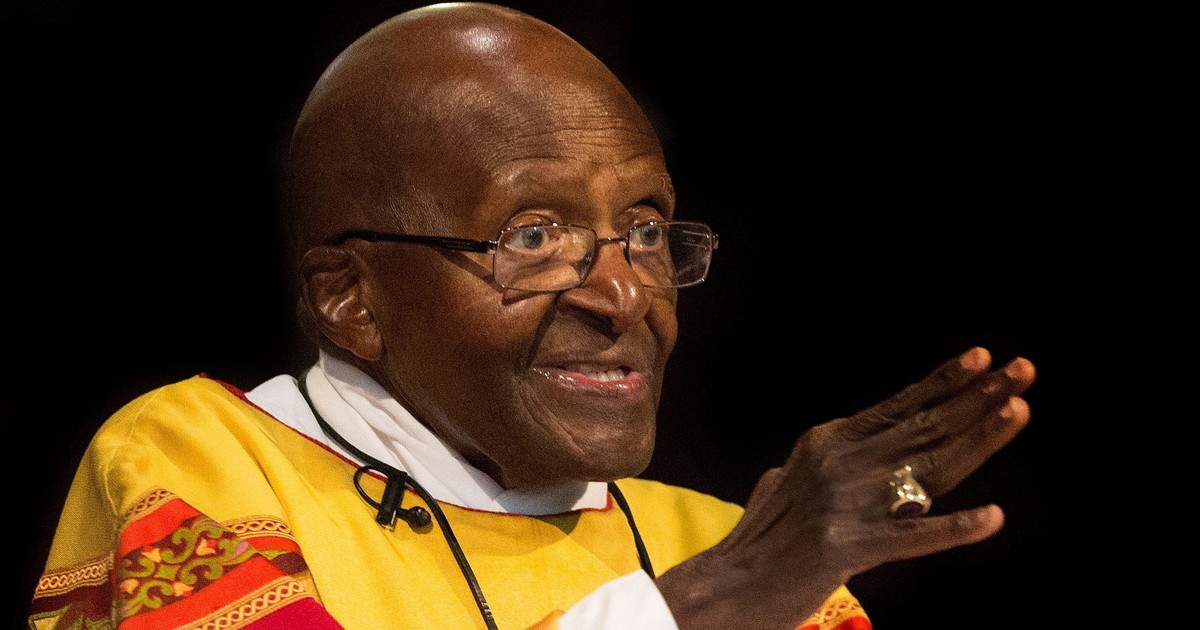 Desmond Mpilo Tutu, Nobel Peace Prize and symbol of the fight against “apartheid” who died this Sunday at age 90, was born on October 7, 1931 in Klerksdorp, a town west of Johannesburg, South Africa, and became a teacher before enter St. Peter’s Theological College in Rosetenville in 1958 to train as a priest.

He was ordained in 1961 and six years later he became a chaplain at the University of Fort Hare. He then lived in the small African kingdom of Lesotho and in Great Britain, before returning home in 1975.

He became Bishop of Lesotho, President of the South African Council of Churches and, in 1986, became the first Black Anglican Archbishop of Cape Town. He was arrested in 1980 for participating in a protest and later had his passport confiscated for the first time. He recovered it to travel to the United States and Europe, where he met with the United Nations secretary general, the pope, and other religious leaders.

Awarded the 1984 Nobel Peace Prize for his fight against the brutal racist oppression of apartheid, Tutu is considered one of the key figures in contemporary South African history.

His career has been marked by a constant defense of human rights, something that led him to distance himself on numerous occasions from the ecclesiastical hierarchy to openly defend positions such as gay rights or euthanasia.

In 1995, during the Nelson Mandela government, Tutu was appointed as president of the Truth and Reconciliation Commission, which was created with the objective of investigating cases of human rights violations in the framework of “apartheid”.

In July 2010, Tutu announced that he was retiring from public life to spend more time with his family. He said he would only continue to work for the pacifist organization The Elders.

“On October 7, I will be 79 years old and I will retire from public life. The time dedicated to work will be limited to one day a week until the end of February, when my office will close completely ”, declared the former Anglican archbishop.

He added: “Instead of aging gracefully, at home with my family reading, writing, praying and thinking, I have spent too much time in airports and hotels.”

“The time has come to slow down, to drink tea with my beloved wife in the afternoons, to watch cricket, to travel to visit my children and grandchildren instead of attending conferences and conventions,” he argued.

At the meeting of the South African activist with Pope John Paul II, in May 1980. Photo: AP Photo / Massimo Sambucetti

In recent years, her appearances have become rare due to her advanced age and long-standing health problems, including prostate cancer.

His last public participation had been in brief video images broadcast on his 90th birthday (last October 7), an anniversary that his foundation celebrated with a virtual conference in which, among others, the highest Tibetan spiritual leader participated. , the Dalai Lama; the Mozambican activist and widow of Nelson Mandela, Graça Machel; or former Irish President Mary Robinson.

His support towards Argentina for Malvinas

Tutu added his adhesion, in 2012, to a campaign promoted by Adolfo Pérez Esquivel, in which four other Nobel Peace Prize winners from four continents participated, to request the then Prime Minister of the United Kingdom, David Cameron, to attend the Argentine claim to sovereignty of the Malvinas, Georgia and South Sandwich Islands.

The intention was for the British government to echo the repeated resolutions of the United Nations General Assembly and its Special Committee on Decolonization calling for resume negotiations to find a peaceful solution to the conflictThe.

Tutu joined a campaign for a claim by Argentina against Great Britain for the Falkland Islands. Photo: EFE / EPA / NIC BOTHMA

In addition to Pérez Esquivel, Nobel 1980 in the middle of the Argentine dictatorship, and Tutu, signed the requested Irish Mairead Corrigan Maguire, the popular Guatemalan peasant Rigoberta Menchu, the american Jody Williams and the iranian Shirin Ebadi.

“The non-compliance by the United Kingdom of Great Britain and Northern Ireland with the United Nations Resolutions, the lack of will to dialogue with a democratic country (Argentina) with a fully demonstrated vocation for peace, and the installation and maintenance of a military base on this continent (by Mount Pleasant), its constant reinforcement and the carrying out of air-naval military maneuvers, seriously endanger the peace and coexistence of this part of the world, ”said the one requested.