Quakertown, Pennsylvania: A father and his two sons were killed as a result of a Christmas tree flare.up 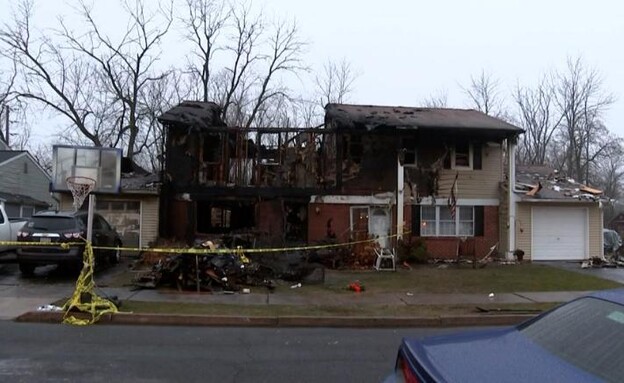 Eric King, 41, and his two young sons, residents of Quakertown, Pennsylvania, died in a fire that broke out in their home. Doug Wilhelm, commander of the Quakertown Fire Station said today (Sunday) that it is estimated that the fire was caused by electrical problems that caused a Christmas tree that dried up to ignite.

Police and the district fire department were called to the scene of the incident around 1:00 p.m. (Saturday through Sunday). All five members of the family, who slept on the second floor, were reportedly in the burning house. The first forces often tried to enter the house, but had difficulty entering due to the intensity of the flames.

“The focus of the flare was a Christmas tree – we’m not sure if it’s because the Christmas tree is old and dry or because of a short circuit,” Wilhelm told CNN. “We share with you with great sadness this tragic news of the King family on Christmas morning. As a result of the fire the family lost their father, Eric, and their two sons, Richland Elementary School students,” who attended the community school. ”

“It was too dangerous to enter the front of the building with the fire,” Wilhelm added. “The front door and the front window were blocked, and the fire advanced to the whole house at that point. The firefighters had a very hard time getting in safely. It took time.” When firefighters finally entered the home, they discovered the bodies of Eric King and his two sons on the second floor. The mother and eldest son managed to escape with minor burns. The two were treated at the local hospital and released.