There are already more than 7,000 flights canceled this weekend as Ómicron spreads around the world 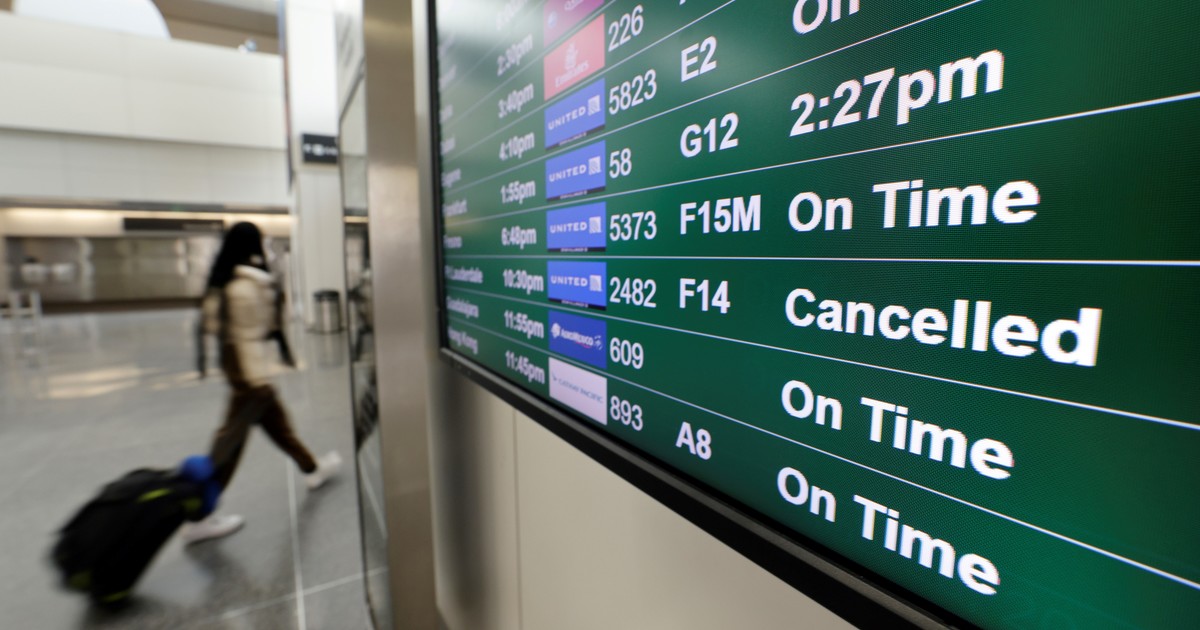 More than 7,000 flights were canceled worldwide by airlines over the Christmas long weekend due to the meteoric progression of the omicron variant of coronavirus, which is affecting aircraft crews in particular.

Europe is currently the region with the most cases, with 3,022,868 in the last seven days, 57% of the world total, as well as with the highest number of deaths, followed by the United States and Canada (1,421,516 new infections).

France crossed the threshold of 100,000 new cases of covid-19 in 24 hours on Christmas Saturday, an unprecedented number. The government will assess the situation on Monday.

According to the latest report from the Flightaware website, there were about 2,000 flight cancellations on Sunday, of which more than 570 were trips related to the United States, whether international or internal.

On Saturday, the same site had identified cerca of 2,800 flight cancellations, 970 of them related to the United States.

Cancellations on Friday were around 2,400 and delays approached 11,000, according to Flightaware.

Many companies had to quarantine pilots, flight attendants and other staff members who were exposed to COVID. That’s why Lufthansa, Delta and United Airlines they had to cancel flights.

According to Flightaware, United Airlines canceled 439 flights on Friday and Saturday, about 10% of those scheduled.

“The peak in omicron cases across the country this week has had a direct impact on our crews and the people who run our operations, “explained the US company, which said it is working to find solutions for affected passengers.

Delta Air Lines also canceled more than 300 flights on Saturday and 170 the day before, again according to Flightaware, which cites omicron as the main cause of cancellations, and occasionally adverse weather conditions.

“Delta teams have exhausted all options and resources” before arriving at these cancellations, argued the airline.

Also canceled were more than 10 Alaska Airlines flights, whose employees said they had been “potentially exposed to the virus” and announced their decision to self-quarantine.

In the western United States, snow storms and sharp drops in temperatures were forecast, further complicating an already chaotic situation.

But cities like Seattle and Portland were able to enjoy a snowy Christmas.

“The abnormally cold and humid conditions from the Pacific will result in prolonged periods of snowfall and rain, “said the US National Weather Service (NWS).

Chinese airlines were responsible for most of the cancellations: China Eastern cut around 540 flights, more than a quarter of the total scheduled, while Air China canceled 267, also about a quarter of their planned departures.

All these cancellations constitute a hard blow to the long-awaited resumption of travel in the end of the year holidays, after a 2020 Christmas harshly marked by the pandemic.

In the United States, according to estimates by the Automobile Association, it was expected that more than 109 million people will drop out your immediate area by plane, train or car between December 23 and January 2, a 34% increase over last year.

The cancellations did not happily affect Santa’s tour, controlled for decades by the North American Aerospace Defense Command (NORAD).

NORAD counted exactly 7,623,693,263 gifts distributed this year, after having followed the route of the sleigh thanks to a sensor placed on the nose of one of the reindeer, according to the command.

Until 11:00 GMT this Sunday the pandemic had caused the death of at least 5,394,775 people around the world since the WHO office in China reported the appearance of the disease in late December 2019 in that country, according to a report prepared by AFP from official sources.

The Chinese city of Xi’an, where 13 million inhabitants are confined, announced this Sunday a “total” disinfection and tightened the restrictions, at the moment when the country registers its highest peak of infections in 21 months.