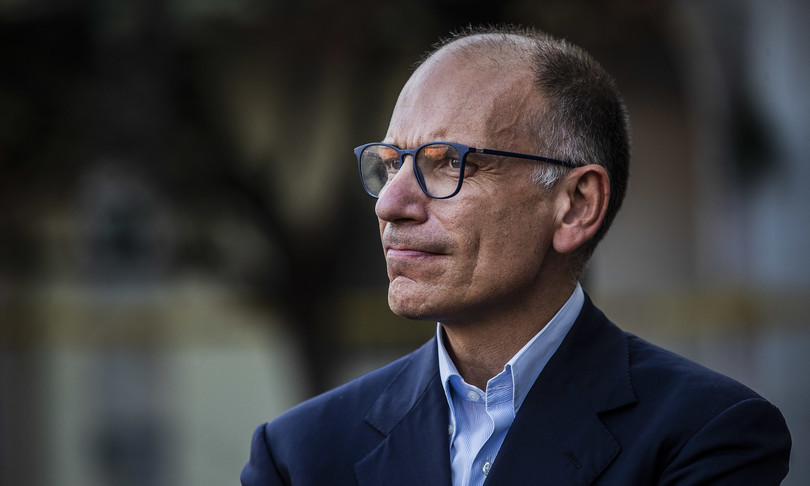 We have now come close to Christmas and the end of the year holidays, a period in which pollsters take a break. It is therefore the ideal time to take a last look at the state of health of Italian politics, and at the consensus registered by the various parties. The latest Supermedia of the polls of this 2021 sees the Democratic Party still first (and still growing) among the lists: with 21.5%, the party led by Enrico Letta now has exactly two points of advantage over the Brothers of Italy (19.5%). It was since last June that the first party did not have such a “wide” margin over the second (at the time it was the Lega, again on FDI): and this also gives us an idea of ​​how many things have changed in the year that goes to close.

Salvini’s League continues to remain in third position, just under 19%. Now quite distant, in fourth place, is the 5 Star Movement, which closes 2021 down to 15% (one of its lowest values ​​since the beginning of the legislature). Forza Italia, on the other hand, continues on its path of slow but steady growth recorded in recent weeks, returning to above 8% (it had not happened since last March), perhaps benefiting from the “nomination” of Silvio Berlusconi as candidate of the center-right for the Quirinale.

Among the smaller parties, Action by Carlo Calenda is the only one who today would be able to overcome the barrier on his own currently provided for by the electoral law (3%), while all the other parties – from Italia Viva to Sinistra Italiana, passing through Più Europa, MDP and the Greens – are around 2%, if not even below.

However, the (many) variations recorded by the polls regarding parties in recent months have not affected the balance of power between the majority and the opposition: thanks to the fact that the current one is a non-political executive, but of national unity, the parties that support the government in Parliament can count on a total of more than 73% of the votes. Since the beginning of Draghi’s experience at Palazzo Chigi, this percentage has dropped by only 5 points, of which 3 to the advantage of FDI (main opposition party, positioned on the right) and 2 attributable to the lack of support from the Italian Left (located on the opposite side of the hemicycle).

The situation is very different if we look at the state of health of the various components of the variegated majority of the government. The trend that has emerged in recent months is strengthening, which sees a growth in the yellow-red axis and a marked weakening of the “governist” center-right. In other words, the center-left parties seem to suffer much less coexistence in a national unity executive than the center-right ones (even if on both sides there are two subjects much more suffering, namely the M5S and the League – not at random the big winners of the 2018 political elections).

I know the progressive parties seem not to pay too much for their support to the Draghi government, on the other hand, the prime minister appears to have slightly higher support among voters who place themselves on the left or center-left, as revealed by a recent survey by the Ixè institute. It therefore seems that the political forces – and above all the respective electorates – who were most “traumatized” by the defenestration of Giuseppe Conte and his replacement by the former president of the ECB have put behind them the initial distrust of the current prime minister .

To the liking of politicians, #Draghi excels with 65% confidence, rather transversal to the various electorate segments. The #intenzionidivoto dell’ #stitutoixè your: https://t.co/8itBsLs5QA pic.twitter.com/IRwB1o686K

And all this could have no secondary effects in the delicate game that is about to open – once the economic tasks have been secured – with the election of the new President of the Republic. As is well known, for some time the name of Mario Draghi has been one of the most accredited (if not the most accredited of all) among those who are hypothesized to aspire to succeed Sergio Mattarella. And it was the premier himself, in the recent press conference at the end of the year, to suggest that he was absolutely available to fill the most prestigious of positions.

Still, Italians seem skeptical of this possibility. This is confirmed by some surveys published in the last week, which confirm the Ipsos survey that we had already given you an account of a week ago. 54% of the Italians interviewed by the EMG institute “see” Draghi still in his place at Palazzo Chigi in 2022, against 17% who instead foresee his ascent to the highest hill. If we go from forecasts to auspices, the picture does not change: according to the Euromedia survey, Draghi should continue to lead the government for almost 6 out of 10 Italians (59.7%) while it would be better if he became President of the Republic only for the 11.8%. Also for Demopolis the “continuists” would be 60%, but according to this institute the share of voters who believe it “preferable” that the new Head of State is Draghi would be slightly higher – even if, in any case, a clearly minority: 18%.

3 out of 5 Italians (60%) would prefer #Draghi at Palazzo Chigi, while less than 1 in 5 (18%) would like it at the Quirinale pic.twitter.com/KhD7SYGgGa

The end of 2021 outlined by the opinion polls therefore offers an apparently contradictory scenario: with the Democratic Party in first place among the lists and increasingly “influential” within the Government, but with a center-right coalition which on paper continues to be that clearly favored in case of new elections. And with a premier, Mario Draghi, who is still – and by far – the political leader with the highest confidence rates, but whom the Italians would prefer to see remain in his post, rather than “promote” him to the role of the highest office in the state .

NOTE: Supermedia YouTrend / Agi is a weighted average of national voting intentions polls. Today’s weighting, which includes surveys carried out from 9 to 22 December, was carried out on 23 December on the basis of the sample size, the date of implementation and the method of data collection.
The surveys considered were carried out by the Demopolis institutes (publication date: 21 December), EMG (23 December), Euromedia (21 December), Ixè (20 December), SWG (13 and 20 December) and Tecnè (11 and 18 December. ).