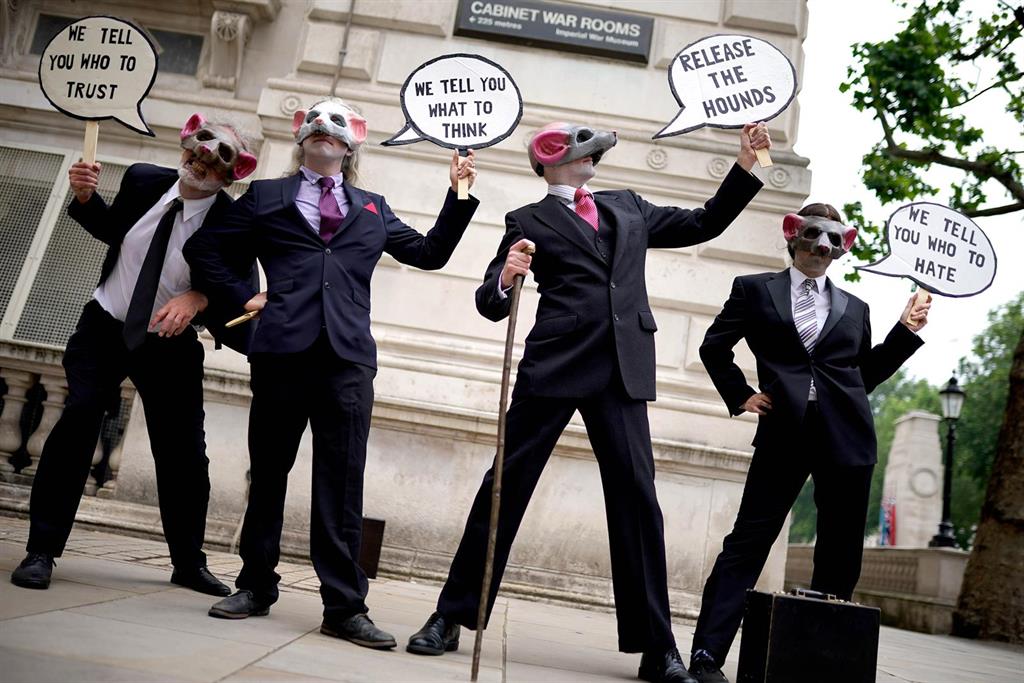 Seven activists of the group against global warming Extinction Rebellion have been arrested this Sunday in London after dumping seven tons of horse droppings in front of the headquarters of the newspaper ‘Daily Mail’.

The activists arrived at the building at 7:00 in the morning, headquarters in addition to publications such as ‘The Independent’, ‘The i’, ‘Evening Standard’ or ‘Metro’ and have overturned a truck full of horse droppings in front of the entrance main of the property. After the spill, they have displayed banners with slogans such as “Stop this shit” or “Free the press.“

There was also a visit to the headquarters of ‘The Daily Telegraph’, but the Police prevented them from dumping the excrement, another seven tons.

These actions have been the starting gun for a day of protest against “corruption in the media that denies the truth to the population for obtaining benefits.” Groups such as Black Lives Matter and the Coalition for Media Reform were also present at the midday demonstration.

“Newspapers politicize the climate and ecological crisis and encourage readers to see it as a target of the left, which discourages awareness and avoids debate across the political spectrum,” the organizers have warned.