Israel focuses on Golan: “We will double the inhabitants” 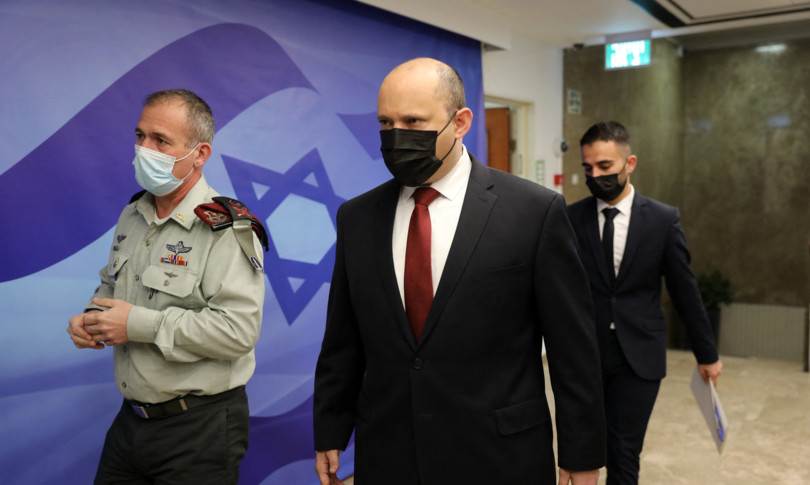 The Israeli government of Naftali Bennett aims unitedly on the Golan, an area disputed with Syria, conquered in 1967 and unilaterally annexed forty years ago: during an extraordinary council of ministers, held in the kibbtz of Mevo Hama, a one billion shekels (about 280 million euros) plan was approved ) with the aim of developing the area in the north of the country and doubling its population, up to 100,000 inhabitants.

The project, announced last October, is supported by all the souls of the heterogeneous government, made up of eight parties, from right to left through the center, including the Arab-Israeli Ra’am party.

“The fact that both left and right ministers are sitting together is touching. Our government is allowing the rediscovery of a broad Israeli consensus “, emphasized Bennett, recalling that” the goal is to double the presence in the Golan Heights. The need to strengthen, nourish and reconcile the place is common to all of us “.

In 2019, then US President Donald Trump recognized Israeli sovereignty over the Golan, the first and only one to do so. Shortly after his successor Joe Biden took office, US Secretary of State Antony Blinken hinted that the current US administration does not intend to reverse the decision, especially while the conflict in Syria is ongoing.

The two neighbors, who are technically still at war, are separated by a de facto border that passes through the Heights.

About half of the funds approved by the executive (576 million shekels) will be allocated to planning and housing: 3,300 houses will be built in Katzrin (the so-called ‘capital’ of the Golan, the main Jewish center), 4,065 in the area of ​​the Local Regional Council and another 4,000 in the two new communities, currently known as Asif and Matar.

An additional 160 million shekels will be used for “improving the quality of life in the Golan”, including upgrading transportation, medical services and education, but also promoting new hotels. An injection of activities that will cascade around 2,000 jobs, according to forecasts.

From the current 52,000 inhabitants, including those of Katzrin and the Druze communities, Israel is aiming for a 50% increase by 2025 and doubling by the end of the decade. Among the planned initiatives, also a series of solar projects, such as a large expanse of panels at Emek Habacha.

The pressure on the area alarms environmentalists who fear wild development that goes to affect the delicate ecosystem.

The Golan Guardians, a local organization defending the area, had already recently warned against new projects, stressing that “the scarcity of the population and its concentration in a single urban community surrounded by rural settlements is what allows the existence of natural spaces.

Uncontrolled settlement and irresponsible development will lead to their destruction. ”