One year after Brexit, 6 in 10 Britons think the “divorce” went wrong 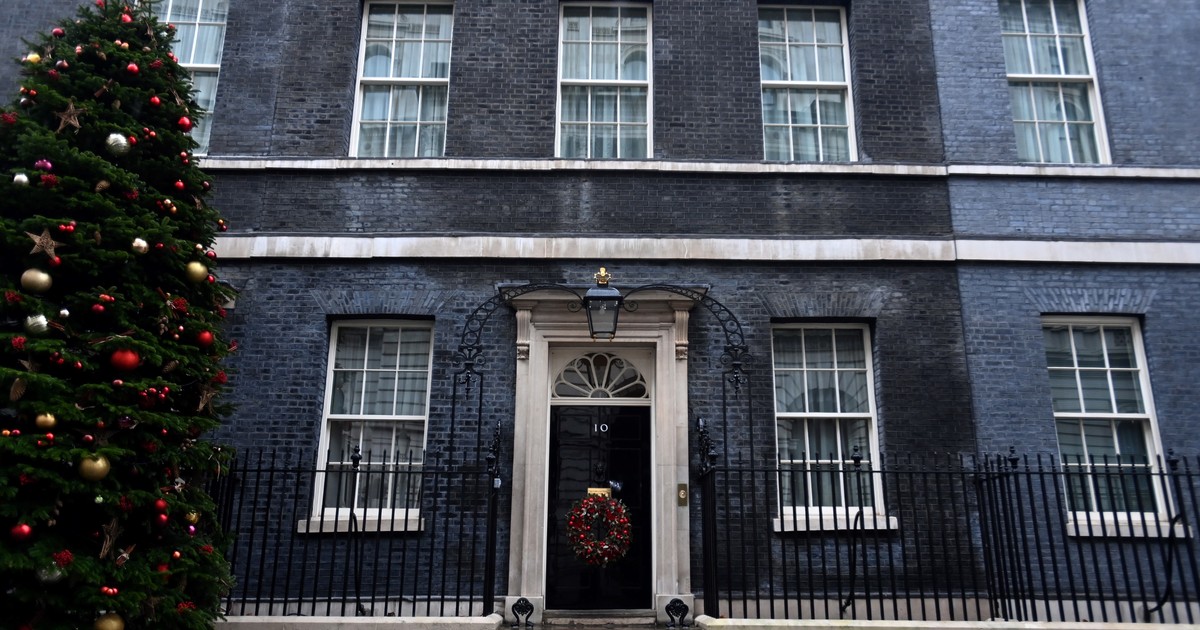 One year after Britain’s divorce from the European Union and Brexit enforcement, 42 percent of Brexiteers supporters believe that “went wrong” and they are less and less convinced of its usefulness.

Opinium polls overshadow a kingdom, affected by 120,000 daily cases of the Omicron variant, the dilemma and the weakening of Boris Johnson, their prime minister and who drove them to the European divorce, because his conservative deputies do not let him apply protective sanitary measures, in the name of “the economy and individual freedom.”

Six out of ten voters believe that “leaving the EU went wrong”, according to a new Opinium poll for the British Sunday Observer.

Among the supporters of ‘Leaving Europe’, 42% have a negative opinion of how Brexit will unfold and 26% even say that the situation “is worse than expected”. For those who voted to stay in Europe “, a large majority (86%) believe that” leaving the EU has gone badly. “In the end, only the 14% of all British voters believe that Brexit “was better than expected”.

One of the main lessons from this new poll is that Brexit supporters are now more skeptical than ever about the opportunities created by leaving the European Union.

“During most of the Brexit process, when we asked the question ‘is Brexit good or bad?’, All pro-Europeans answered ‘bad’ and all Brexiteers answered ‘good’,” recalls Adam Dummond, research director at Opinium.

Now, “a significant minority in favor of Brexit says that things are going wrong. While 59% of those who voted to stay in the EU said they ‘expected things to go bad’. Only 17% of ‘voters said’ I was hoping it would turn out well and I think so, ‘”he said.

The survey occurs when the political crisis of the ruling party and its prime minister increases day by day. With the corruption scandals that it has protected, the parties in Downing St during the confinement, the photos to prove it and the pressure from the scientists to take urgent measures not to overflow the health service, Boris’s position is very dangerous.

This Monday, the first had planned to analyze the hospital figures to decide if you take action or notEspecially in London, which is the heart of the new Omicron variant.

10 Downing Street. The survey occurs when the political crisis of the ruling party and its prime minister increases day by day. Photo: EFE

But no one expects announcements about our restrictions. Sir Chris Whitty and Sir Vallance have briefed the premier. Admission in hospitals so far it has not been so bad as in January 2021 but they are super stressed due to the lack of personnel and infected staff. Specialists believe that the government does not want to listen to them because of the political cost it must pay.

Conservative MPs and the 1922 Committee warn him not to move forward with the measures and let the citizens make their own decisions. They threaten to send more letters to the committee to start the vote of confidence, who could lose and be ejected from Downing St. 54 cards are needed to vote.

Under the British parliamentary system, if Boris Johnson loses the vote of confidence among his peers, there is no need to call a new election. Conservatives elect a new leader and remain in power, just as it happened in Labor.

The publication of the survey precedes the introduction on January 1, new customs controls on goods exported from the EU to the UK. These are of concern to small and medium-sized businesses who fear a “significant disruption”, as many of them are not adequately prepared for the bureaucracy and the additional costs that it will entail.

New Year’s Day, the UK will have been completely outside the European Union for one year: outside its political and legal structures, its single market, its customs union.

This was the dream of Boris, Michael Gove and the Brexiteers, who voted him en masse for prime minister two years ago with that promise. Things are not going as planned.

“Only with a clean break” they said “allowed the UK to unleash its full potential and free itself from the chains of EU regulation and bureaucracy.”

Thus they could regain control of the borders, of money, of their laws. Looking outward to the world in a new era of discovery, striking trade deals away from the EU, creating new levels of prosperity for the global UK. Far from “the Brussels bureaucrats.” But things are not going the way they dreamed.

The resignation last weekend of Lord Frost, the minister overseeing Brexit, hinted that not everything was fine. “Brexit is now safe. The challenge for the government now is to take advantage of the opportunities it offers us. You know my concerns about the current direction of the government, ”Frost told the prime minister in his resignation letter.

Frost, a fanatical and purist Brexit deregulator, he suspected Johnson had no real plan, no real detailed idea of ​​how to make Brexit work, beyond catchphrases and short phrases.

He was also frustrated by the stalemate over Northern Ireland. A year after Brexit proper, the UK is still at odds with the EU on the Northern Ireland protocol that Frost and Johnson negotiated and praised as a good way to solve tough border issues, as part of the withdrawal agreement.

A Brexit of slogans

The reality is that achieving Brexit is much more difficult than their slogans. The British are experiencing a wave of shortages, which they only knew after the Second World War.

There are no truckers because of visa restrictions for foreigners and Europeans. Thus the logistics to bring fuel to service stations, vegetables to markets, to go to and from Europe were fractured.

There is no manpower I want harvest the crops of fruit on the farms of British farmers and foreigners do not want to go to work in the kingdom due to visa restrictions and limitations, after Brexit.

Fishermen are the first to be disappointed in Brexit. Lthe French block them because they require licenses from them at their discretion, in waters that they have fished for centuries.

Fishermen are the first to be disappointed in Brexit. The French block them. Photo: Reuters

There are grievances that run deep in productive sectors. Mark and Spencer closed all its supermarkets in France, for example, due to the impossibility of bringing the products to the EU.

The magnitude of the economic damage from Brexit has been clarified by the Office of Budget Responsibility, which predicts that leaving the EU reduce long-term GDP by around 4%, compared to a drop of around 1.5% that will be caused by the pandemic.

Rather than boost trade, Brexit is holding it back. Exports of goods were reduced by 14% year-on-year in the third quarter of 2021, according to the Office for National Statistics. Both exports to the EU and destinations outside the EU suffered.

Brexit failed to stop the refugees, against whom they invested millions of pounds to shield the Channel Tunnel. Migrants arrive in the kingdom from the french beaches in small inflatable boats through the dangerous English Channel.

They have already arrived 30,000 in a year and 27 have drowned. But they cannot be returned to the European Union, which has no intention of signing an immigration agreement with Great Britain. Less if the problem with Northern Ireland and Brexit is not solved.

The pandemic and Brexit is a difficult conjunction for Britain and Boris and their survival in power.