In two days the infections fell, but the Omnicron variant advances strongly 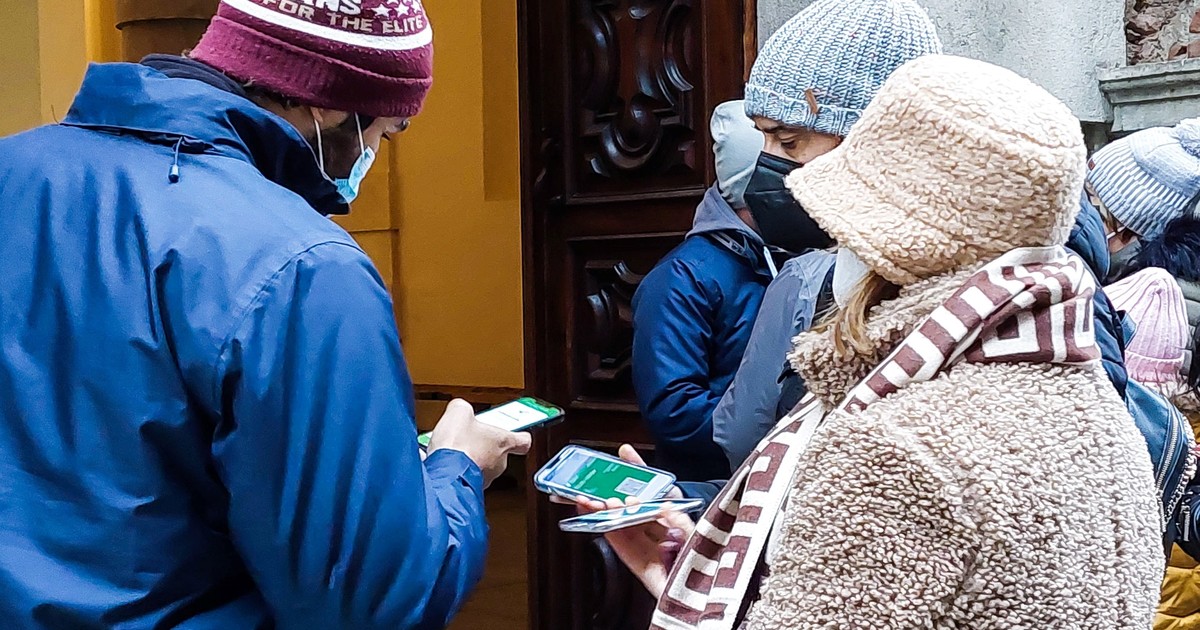 The latest data increases the growing uncertainty of the Covid 19 pandemic in Italy. This Monday 30,810 infected and 142 dead were announced with 344 thousand control tests.

On Sunday the cases were 24 thousand and a reduction of the tests. The only day in which the Omicron variant showed the power of its contagion capacity was on Christmas Saturday, with 54,762 infections, 142 deaths and one million tests.

Everyone believes that the 54,000 infected on Christmas Day, the absolute record for the entire pandemic, were not an isolated event. The reality is that he lowered the number of controls Regarding the million on Saturday 25, typical of the weekend since the pandemic began, it is the one that explains the semi-regulation experienced in the last 48 hours in Italy.

The weather has turned in a few days. The threat of a fourth wave turned into Hurricane Omicron is ruining the government’s strategy of keeping all activities open and this Tuesday the council of ministers will meet to take restrictive measures.

A listened scientist, Fabrizio Pregliasco argues that the way things are going is not an exaggeration forecast one hundred thousand infections a day in mid-January.

The dissemination of Ómicron, which according to some estimates would be close to 45% of the total in the fourth wave of the coronavirus, has created in a few days a vast army of half a million active infected. Such a presence is creating many problems. Long lines form in front of pharmacies, where rapid positivity tests are done.

Positives must be quarantined for ten days. Those who feel bad end up in hospitals, where the pressure is still moderate. Reaches 12% of intensive therapies for the seriously ill and 15% for those interned in medical areas.

But the pressure on the hospital system begins to be felt, it will take a few days for hospitalizations they double or triple.

As most of the internees have not been vaccinated, the government is studying reducing the quarantines of those vaccinated to seven days, especially those who have received the third dose that strengthens the immune system. On the other hand, the unvaccinated should undergo quarantine for fifteen days.

In Italy, those vaccinated over 12 years of age reach 85.7% of the total population. Photo EFE

While those vaccinated over 12 years of age reach 85.7% of the total, the third dose has so far been received by 17 million of the 60 million Italians. And experience shows that vaccines demonstrate a good ability to resist severe disease and death, but are less effective against the spread of infections.

In Italy the resistance of those who refuse to be vaccinated is measured in six million people, enough to keep the need to fight the wave of contagions in suspense. Those who do not get vaccinated are admitted without defenses and most of them populate the hospital systems.

General Figluolo, who commands the mass vaccination campaign, announced that to give a new impetus to inoculations it has been decided lower the period from 5 to 4 months to give the third booster dose. After four months the effectiveness of the two doses decreases.

Up to now no test that Ómicron causes more serious disease than previous variants, particularly Delta.

“We have no evidence that this happens and that makes us doubt the ability of current vaccines to protect us,” said Michael Ryan, head of emergencies at the World Health Organization.

Professor Matteo Bassetti, who heads the infective diseases sector of the San Martino hospital in Genoa, said that “the problem is the unvaccinated, which constitute the real risk for the health system ”.

Bassetti explained that “vaccines work, especially with the third dose, to face the attack of the virus and avoid the most serious consequences or deaths.”

Covid area in a hospital in Cremona. Photo EFE

He added that “I remember how the situation was a year ago, with congested hospitals and the severity of the pandemic.” In the same period of one month, in December 2020, There were more than 30 thousand dead in Italy and today there are five thousand ”.

“So we didn’t have the vaccines, which arrived exactly a year ago, on December 27 when the first injections were made in Rome. It was another disease, now we have the vaccines and the contagion of Ómicron is more benign ”.

The government prepares to make the Ffp2 mask mandatory immediately in all closed public places. Also to extend to practically all workers the obligation to get vaccinated.

The end of the year festivities were definitely in crisis by decision of the mayors of cities and the governors of most of the twenty Italian regions.

The Italian authorities must decide in the next few days if they extend the winter holidays in schools to mid-January. The return to scholastic activity is a problem because in the last two months the infections have increased and Ómicron infects especially young people and children.

It is adolescents and infants who are fully receiving the psychological consequences of the pandemic.

There are calls even in Parliament for equip schools with psychologists, where acts of intolerance among young people, the spread of depressions and other traumas as a result of life changes and crises in personal relationships caused by the plague, which will be two years old in February 2022, are frequent.

At the family level, the phenomenon is reproduced. Psychoanalysts and psychiatrists recommend that young and old face problems, avoiding personal isolation above all.

The growing uncertainty extends to economic activities. The widespread feeling that the worst is over, that Italy is the fastest growing country in Europe (6.5% this year), appears at risk from the new boom of the pandemic.

One of the main engines of the economy is tourism, hit hard by the Christmas crisis brought by Ómicron.

The sector has asked for urgent help from the government. Confcomercio announced that the data is “disastrous” for tourism in 2021, with a drop of 60 million arrivals and 120 million overnight stays, compared to 2019.

Five million trips scheduled a few months ago by Italians have been suspended. The chain cancellations of the end of the year dinners and the closure of all the clubs until January 31 are added. Another five million shortened their year-end trips.