The Republican Party’s recipe for the 2022 elections? 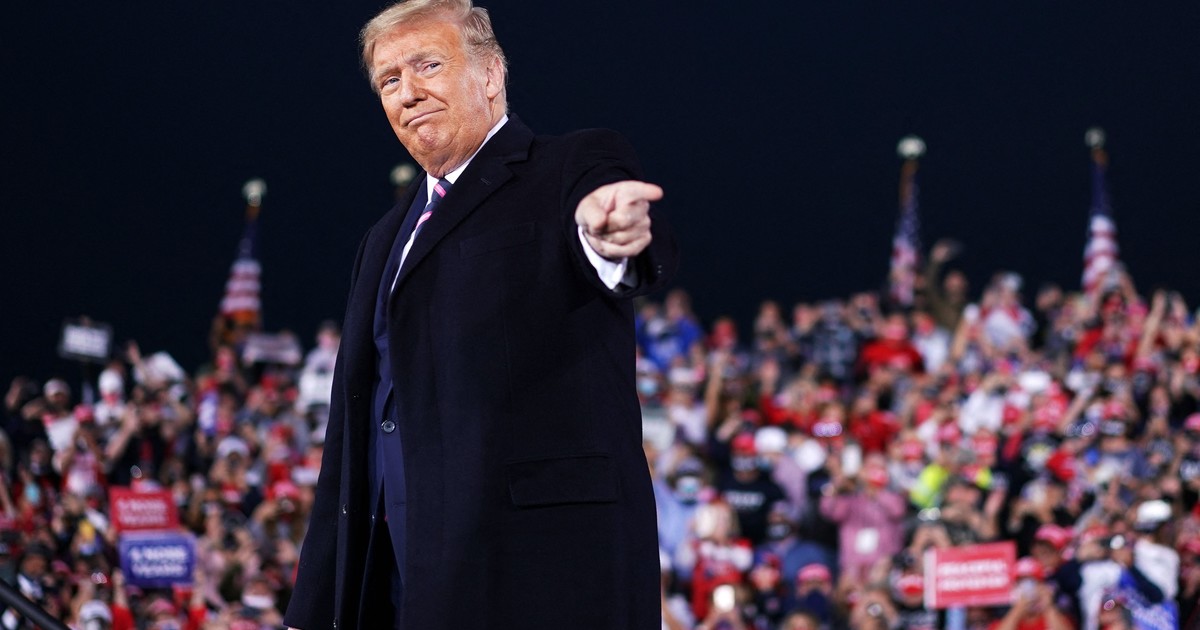 Next year will be crucial in the United States for the holding of the mid-term elections– something Republicans face in a way that was until recently conceivable: winning without Donald Trump.

Five years after completely submitting to the will of the flammable leader and a year before the midterm elections, the Republican Party imagine life after Trump.

“In this stage, would be the favorite if he chose to run in the 2024 presidential race, “Matt Lacombe, assistant professor of political science at Barnard College in New York, told AFP.

“But it is also very possible that the coordination between potential candidates and party officials … is sufficient to prevent him from pursuing or succeeding” a new nomination, he clarified.

After Trump got the nomination as a Republican presidential candidate in May 2016, the party abandoned its political platform at his next two conventions, choosing to simply declare allegiance to his new chieftain.

The consensus remains that all roads to Congress They pass the Mar-a-Lago Golf Club, Trump’s property and retreat in Palm Beach, Florida.

And that to succeed in Washington you had to kiss the ring in Palm Beach, flattering Trump already its loyal base of tens of millions of fervent devotees.

Republicans who don’t follow that line know that at best, risk being vilified in public and to be the target of threats against their families by exalted Trump supporters.

However, some prominent Republicans took advantage of recent gubernatorial races in some states to call for a course correction, although without moving away from Trump and his “big lie” that the Democrats stole the 2020 election with the triumph of Joe Biden.

This is the case of the Republican billionaire Glenn Youngkin, who won the elections for governor in Virginia, surpassing Trump’s electoral harvest in the suburbs of that state in the 2020 race, especially among independents and women.

Trump immediately took creditBut in reality Youngkin played down the mogul’s influence and in the weeks leading up to the election did his best to keep him at bay.

In New Jersey, Republican Jack Ciattarelli started out very pro-Trump, even speaking at a “Stop the Steal” rally in 2020, but he distanced himself from the former president during the gubernatorial campaign, he nevertheless narrowly lost to Democrat Phil Murphy, who was reelected.

Democrats found it difficult to sustain the gains made in the suburbs of those states, which helped them regain the House of Representatives in 2018 and the White House in 2020.

The suburbs are likely to be a key battlefield again in the 2022 elections, in which control of the House of Representatives, the Senate and 36 governorships is at stake. Yet Trump is far less popular there than he is on the field.

The bottom line for many Republicans is that the key is to borrow a lot from Trump’s strategy, but openly avoiding his figure.

The former president’s approval sank to a record low of 34% after the coup on January 6, when thousands of his supporters stormed the Capitol to prevent lawmakers from certifying Biden’s victory in the election.

Since then, Trump has issued a series of statements praising the insurgents and defending the threats against the life of his vice president Mike Pence, who presided over that session of Congress.

Senate Republican Chief Mitch McConnell urged the 75-year-old former president to stay out of the midterm elections, telling reporters: “I think we have to talk about the future and not about the past. “

However, Rick Scott, chairman of the Republican Senate campaign committee for 2022, told NBC that any Republican would be “foolish” to reject Trump’s endorsement, highlighting the dilemma they face.

“Donald Trump is where he wants to be: in the center of attention, like a child crying in the candy aisle of a crowded store, demanding more soda, while throwing bags of chocolates at other children,” Peter Loge told AFP , associate professor at George Washington University.

Trump’s rostrum is not what it was before his ban on social media, which effectively curbed their daily influence.

In addition, his electoral recipe showed not be so effective as proclaimed.

Trump is the first president since Herbert Hoover nearly a century ago to lose the House, Senate and White House in a single term.

“Up to now, Trump-backed candidates didn’t fare particularly well“said Sam Nelson, associate professor and chair of the political science department at the University of Toledo.

“While Republican primary candidates actively seek your valuable endorsement in (partisan) elections, that very sustenance can be dangerous in general elections, as it motivates Democrats to vote against the candidate Trump supports.” Nelson considered.

Lodge creates that challengers may arise who think they have nothing to lose, along with others concerned about the future of the Republican Party and the country.

“The 2022 midterm elections will also go a long way in determining what will be the true level of Trump support by 2024“, he pointed.

“If Trump-backed candidates win the primary and general elections, Trump’s shares will go up” and if they lose them, “they will go down,” he explained.

But Trump is still a hero for the millions of disgruntled new voters he brought to the Republican cause in 2016.

Mark Bayer, former Senate and House chief of staff, recalled a famous phrase by William Faulkner: “The past never dies. It is not even past.”

“The same can be said of Trump’s influence … on the Republican Party. His control is as strong as when he was president“, he commented to AFP.