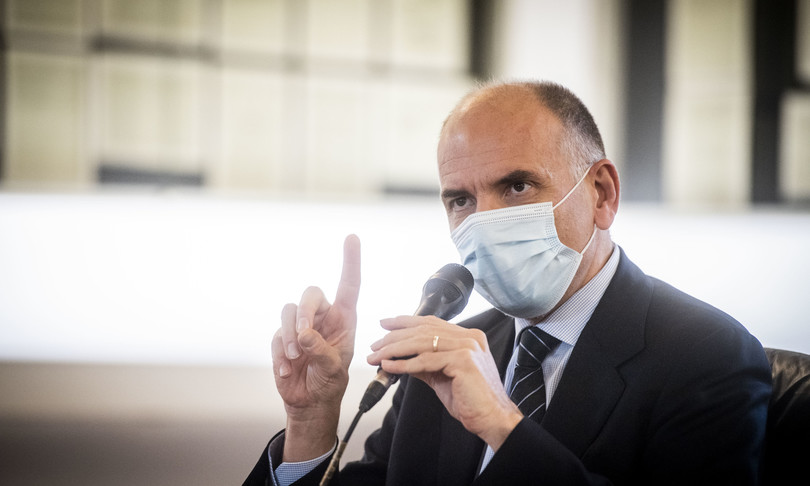 For the secretary of the Democratic Party, Enrico Letta, the vaccination obligation will be introduced in Italy. “The government is doing well”, he said in an interview with Repubblica, “I fully approve the measures discussed in the control room and I think that now we need to prepare for the next step, that is, the vaccination obligation and the return to smart working” .

“All the data show that the third dose is the most effective weapon in countering the Omicron variant”, added Letta, “we have been talking about obligation for weeks and the choice is ripe for the country and for Europe. my feeling is that there is a ‘sur place’ between the countries, the first introducing the obligation will produce a domino effect in all the others“. According to the secretary of the Democratic Party,” we have entered a new phase of the pandemic aggression, and with us all of Europe “.

“In the war against Covid we have always learned along the way and the tools with which we have fought so far are no longer adequate”, observed the leader of the dem, “we must not waste time changing them, because the delay worsens the consequences on public health and the economy “, he points out. Meanwhile, the Green Pass has produced a minority but fierce opposition.

For Letta, the obligation will sharpen the social fracture: “On the contrary, the fracture would be sharpened by the road to lockdown for the unvaccinated”. “The state must take responsibility for this choice in front of the citizens”, he stressed, declaring himself in favor of smart working, with which it is possible “to keep the economy alive” and to school in “presence”, and “against extension of the Christmas holidays and the return to distance learning “.

The future of the Quirinale

“The government is supported by 90% of the parliamentary forces, it would be totally contradictory to restrict the field” to elect the president of the Republic, “there can be a larger majority, not a narrower one, otherwise the government would fall”, Letta explained. to Mattarella’s successor.

“We need a very large majority, a non-divisive head of state and not elected by the vote“, he added.” On a possible hypothesis Draghi al Colle, as on other names that guarantee broad consensus, we will all decide together and at the right moment, my personal opinion does not count “, underlined the former prime minister,” what I know for sure it is that Draghi must in any case be protected and protected for the good of the country “.

Letta explained that he had not read “a self-nomination” in the words expressed by the Prime Minister during his press conference at the end of the year. “Those who said they did not want Draghi at the Quirinale added that they still want him at Palazzo Chigi“, noted the dem leader,” I believe, to be clear, we have to hold on to it, one way or another. What Draghi is bringing to Italy is enormous. We are a country that has seen its main handicap, public debt, grow by 25% in just over a year. In this sense Draghi is life insurance “.

The secretary of the Democratic Party explained that “on January 13” he will tell “the leadership” of the Party and “the parliamentary groups” that “the main way is continuity of government and stability”. “2022 cannot be an electoral year, we cannot afford at least five months of interruption in government activity”, insisted the dem leader.