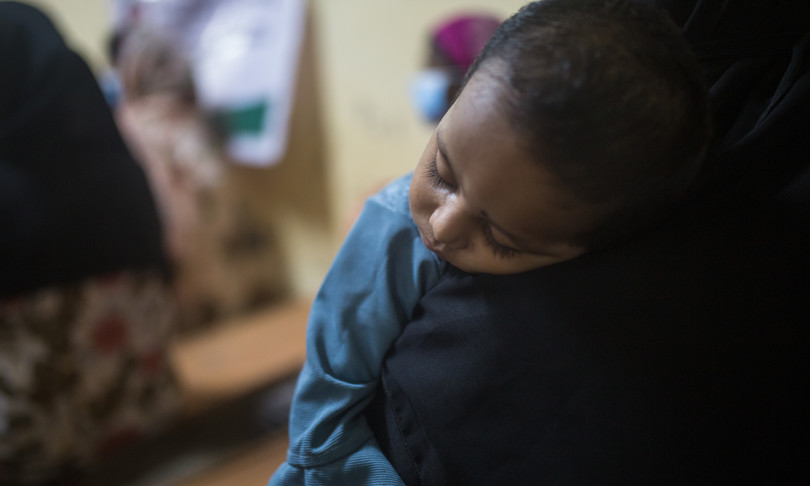 Climate crisis, hunger, lack of education, conflicts and affiliation with armed groups, mass migration due to war and poverty and natural disasters, infant mortality. Are these the main challenges children will face around the world in 2022, highlighted today by Save the Children, the organization that has been fighting for over 100 years to save girls and boys at risk and guarantee them a future.

As noted in a note, after almost two years of a pandemic, which acted as an accelerator of inequalities around the world, especially in the most disadvantaged areas of the planet, Save the Children reaffirms its commitment to contribute with determination and competence to overcome these major global challenges, which outline an alarming situation also for 2022.

A scenario in which 2 million children under 5 are at risk of dying from causes related to malnutrition and the infant mortality rate has a real chance of increasing for the first time in 30 years. At least 117 million children are out of school due to the pandemic, 450 million live in conflict areas and around 25 children a day are recruited by armed groups. Children at the mercy of the climate crisis, with a 7 times higher risk of exposure to heat waves for those born in 2020 than their grandparents, or protagonists of great migrations, with the highest number of displaced minors since the Second World War.

“A century ago, in the aftermath of the First World War and the 1918 pandemic, the founder of Save the Children, Eglantyne Jebb, promoted the idea that every generation of children offered humanity the possibility of rebuilding the world starting from its own rubble – declared Daniela Fatarella, director of Save the children Italy – Her intuition was to invest in the future of children to get out of moments of profound crisis: the coronavirus pandemic is the greatest global upheaval of our time, it has decimated economies , tested health systems to their limits and is increasingly shaping politics. ”

The number one challenge is that concerning the food crisis which, as never before, in recent decades is recording alarming data. Save the Children underlines how, in the past year, a perfect storm of Covid-19, conflict and climate change has led to millions more children to malnutrition and in 2022 it is estimated that two million children under five will die of hunger-related causes.

At this slow pace, combined with the difficulties caused by the pandemic, global nutritional goals will not be met by 2025. Levels of malnutrition are currently unacceptable: as many as 149.2 million children under 5 are stunted, 45, 4 million are wasted and 20.5 million newborns (14.6% of all live births) have a low birth weight.

Another great challenge, the Organization continues, it is the one that concerns the school. Returning to school after two years of interrupted or hiccuped education, in fact, for many boys, girls and adolescents in the world will not be an easy task. Save the Children estimates that at least 117 million children in all countries (about 7.5% of the entire global school population) still do not go to school due to Covid-19.

These add to the 260 million children who did not attend classes even before the virus spread. But the longer children are out of education, the less likely they are to return to classes again, with girls particularly at risk of dropping out of school and often forced into early marriage.

The impact of missed school months is dramatic: a recent study points out that 10-year-olds who are unable to read a text may have already gone from 53% before the pandemic to 70% today. Still, Save the Children estimates that 450 million children live in conflict areas, including nearly 200 million in the most dangerous in the world (a 20% increase from 162 million a year ago), the highest number since over a decade.

In addition to children living in conflict zones, the Organization points out, there are many others who reside in unsafe places, where the rise of armed groups that exploit the recruitment and use of the smallest is continuously growing. : these groups in the last period have gone from 85 to 110, and the pandemic, with the interruption of school attendance has made children more accessible and therefore more vulnerable and at greater risk of forced recruitment. In 2020 alone, about 8600 children were recruited, about 25 per day, with a 10% increase over the previous year.

Babies born in 2020 will be exposed to extreme weather events far more than in the past and heat waves will hit them on average 7 times more than their grandparents, they will suffer 2.6 times more drought, 2.8 times more flooding of rivers and about 3 times more loss of agricultural crops and twice as many devastating fires.

Between 2005 and 2020, the number of refugee children has more than doubled from four million to around 10 million, while the number of displaced children globally today is the highest since World War II. Over the past 30 years, infant mortality rates have dropped nearly 60%.

With the pandemic, however, severe pressure on health services around the world has caused diseases that previously had almost been eradicated, and there is a very real possibility that the infant mortality rate will rise in 2022 for the first time in decades. representing a disastrous data reversal for the health of girls and boys globally. In 32 countries, deaths from malaria, which had previously fallen significantly, have risen again.