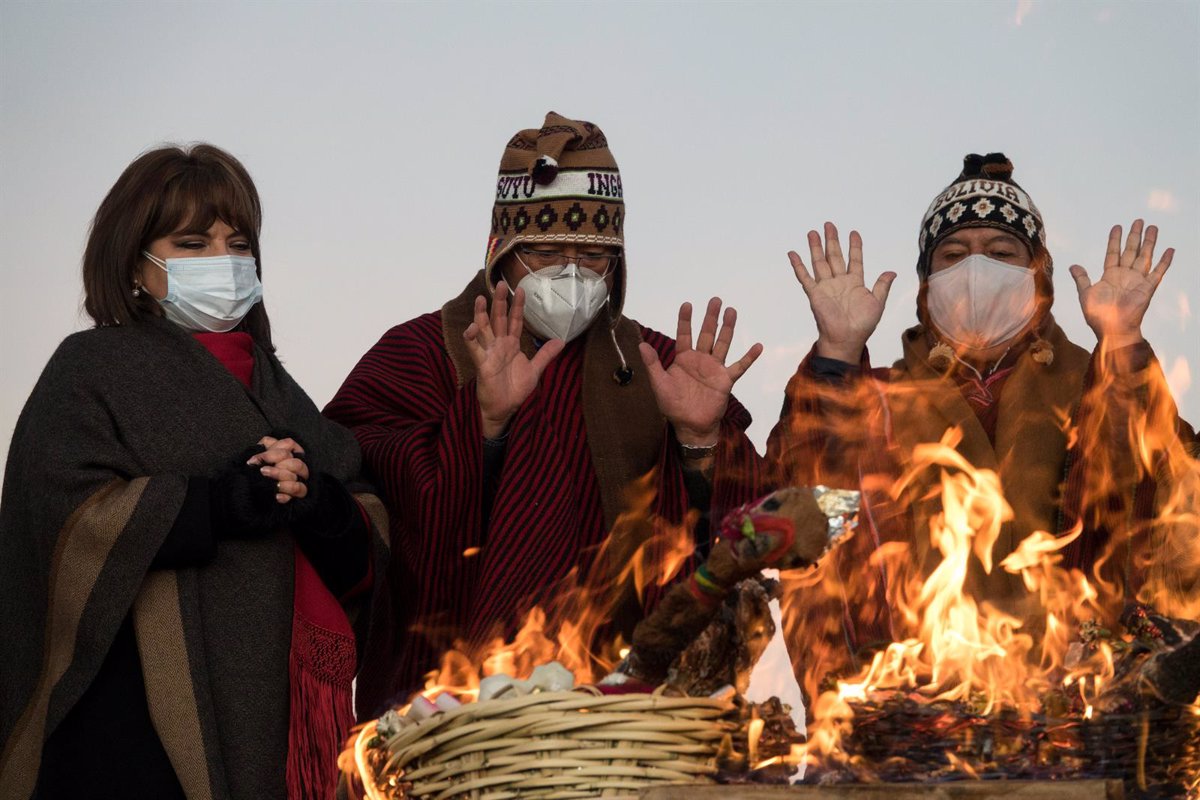 The Bolivian government spokesman, Jorge Richter, has confirmed that the vice president, David Choquehuanca, has not been vaccinated against COVID-19 because he “has confidence” in traditional medicine, after days of speculation about whether the ‘number two’ from the Luis Arce Administration had received the serum.

Richter has detailed in an interview on Bolivian television that, for the moment, there are no “records” that Choquehuanca has been vaccinated against the disease, according to the newspaper ‘Página Siete’.

Along these lines, he has indicated that if he is vaccinated in the next few days, the Government will be aware of it. In addition, he has indicated that, if he is not immunized, “the restrictions will reach him”, since from Saturday it will be necessary to bring the vaccination certificate or a PCR test carried out at most 48 hours before and with a negative result to enter certain public and private facilities.

Information about Choquehuanca is not vaccinated have emerged in recent days, which has led the Government and other sectors to ask him to be immunized against COVID-19. Until now, Choquehuanca has remained hermetic on the matter, unlike President Arce, who has received the COVID-19 vaccine publicly.

At the beginning of this year, with the vaccination plans against COVID-19 already underway in many countries, Choquehuanca claimed natural medicine as a treatment for the disease. Specifically, it recommended consuming infusions of medicinal plants known “for millennia” by the original indigenous peoples to combat diseases.

As a result of the pandemic, herbs such as eucalyptus, wira wira, chamomile or matico increased in price in the stalls of the center of La Paz and it became difficult to find these types of products in the area, as sometimes happens with the medicines.