One year after Brexit, what changed with the divorce between the United Kingdom and the European Union? 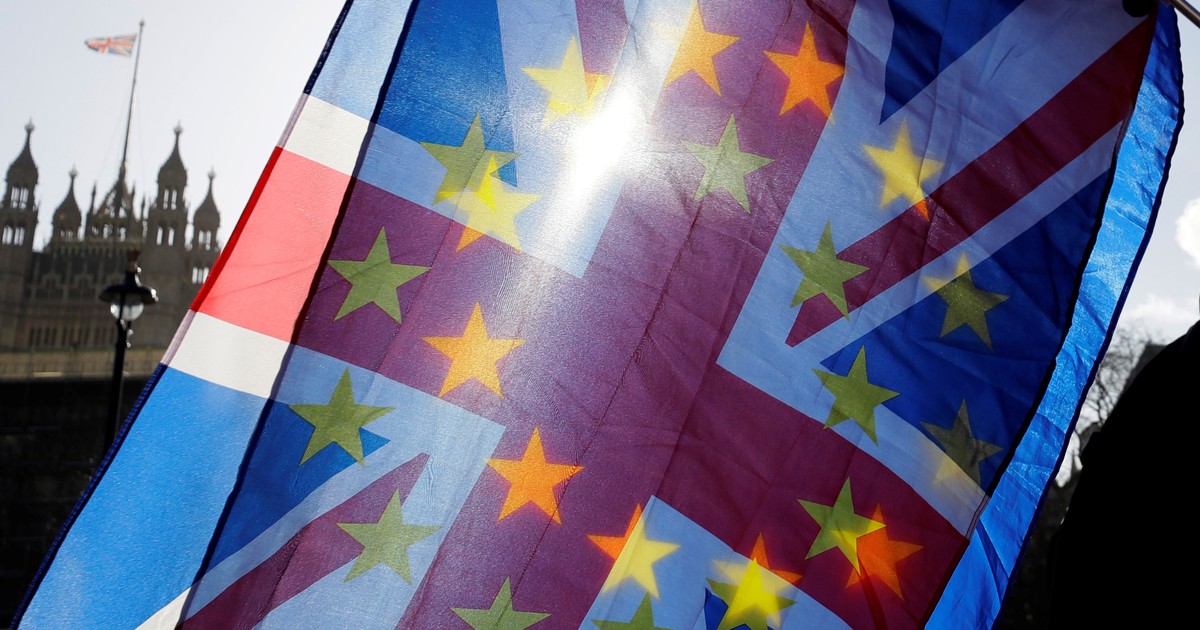 The first year of Brexit, which materialized at midnight on December 31, 2020, is met by depressed trade between both sides of the English Channel, relations between the United Kingdom and its neighbors in the lowest hours, and the same uncertainty than twelve months ago in Northern Ireland.

London managed to avoid the worst-case scenarios that were anticipated before the break-up, in part because the impact of the coronavirus pandemic makes it difficult to estimate the direct effects of Brexit.

But nevertheless, trade between the UK and the EU recovers more slowly than the rest of the exchanges after the global crisis, an effect that experts attribute to the British exit from the single market.

At the same time, the controversial Northern Ireland Protocol, the cornerstone of the Brussels deal that took years to forge, threatens to collapse with less than a year to live.

The UK considers that it is causing too many socio-economic problems in the region, so demands to renegotiate its terms urgently.

If in the coming weeks the EU does not accept to relax the agreed merchandise controls, eliminate the role of the European courts to settle commercial disputes and relax the rules on state subsidies in Northern Ireland, the British government has already warned that it will stop applying certain obligations of the protocol unilaterally.

The UK Office for Budget Responsibility (OBR) maintains the same economic prediction as five years ago, when the Brexit referendum was held.

The agency estimates that the break with the EU will cut both British exports and imports by 15% in the long term compared to the evolution they would have registered within the bloc.

This slowdown will mean a 4% hit in the country’s GDP. The coronavirus pandemic, by comparison, will only cost the British coffers 1.5% of GDP, according to that public body.

According to a model developed by the think tank “Center for European Reform”, last October – the last month with complete data – British trade flows were 12.6 billion pounds (14.8 billion euros) below the level they would have reached. with the country in the single market and the community customs union (15.7% less).

A line of trucks in the port of Dover, on the border with France, on December 31, 2020, just before the break between the Kingdom and the European Union. Photo: AFP

This slowdown came when the merchandise controls provided for in the Brexit agreement have not yet been rigorously implemented.

As of January 1, the United Kingdom will withdraw the grace period in which it allowed to delay customs declarations and tariff payments on European imports to Great Britain, which must be executed immediately from now on.

The British government aspired to finalize the negotiation on the Protocol for Northern Ireland in the last weeks of December, but after numerous rounds of contacts with Brussels without significant progress, it agreed to delay the resolution of the problem until the beginning of next year.

The process also claimed a new victim: the until now British Brexit negotiator, David Frost, who resigned on the grounds that he did not agree with the “travel direction” of the Prime Minister’s Executive, Boris Johnson.

David Frost, who was the main Brexit negotiator, resigned in mid-December. Photo: AFP

At the reins of Brexit is now the British Foreign Minister, Liz Truss. In his first remarks about the negotiations, he implied that keep the same hard line of Frost and will demand that Brussels remove from the agreement the Court of Justice of the European Union (CJEU), one of the thorniest issues on the table.

However, the previous British negotiator announced before leaving the post that the United Kingdom is willing to sign a first “temporary” agreement in the coming weeks while the most difficult issues are settled, a possibility on which Truss has not yet ruled. .

The Northern Irish Protocol incorporates a clause that allows one of the parties to deactivate the provisions that it considers too harmful. Invoking it would open a bilateral arbitration process, as well as a deep political crisis.

Depending on the aspects that the British government fails to comply with, the European Union would propose retaliation balanced against the UK, which could include measures such as tariffs on certain products.

Experts anticipate that this scenario could potentially trigger a trade war, with a spiral of measures and countermeasures on both sides of the English Channel.

In recent weeks there has been speculation about the possibility that the EU decided to completely annul the Trade and Cooperation Agreement with the United Kingdom, an extreme decision with which Brexit would return to the zero box and would lead to both sides, a Once again, into the abyss of a break without agreement.