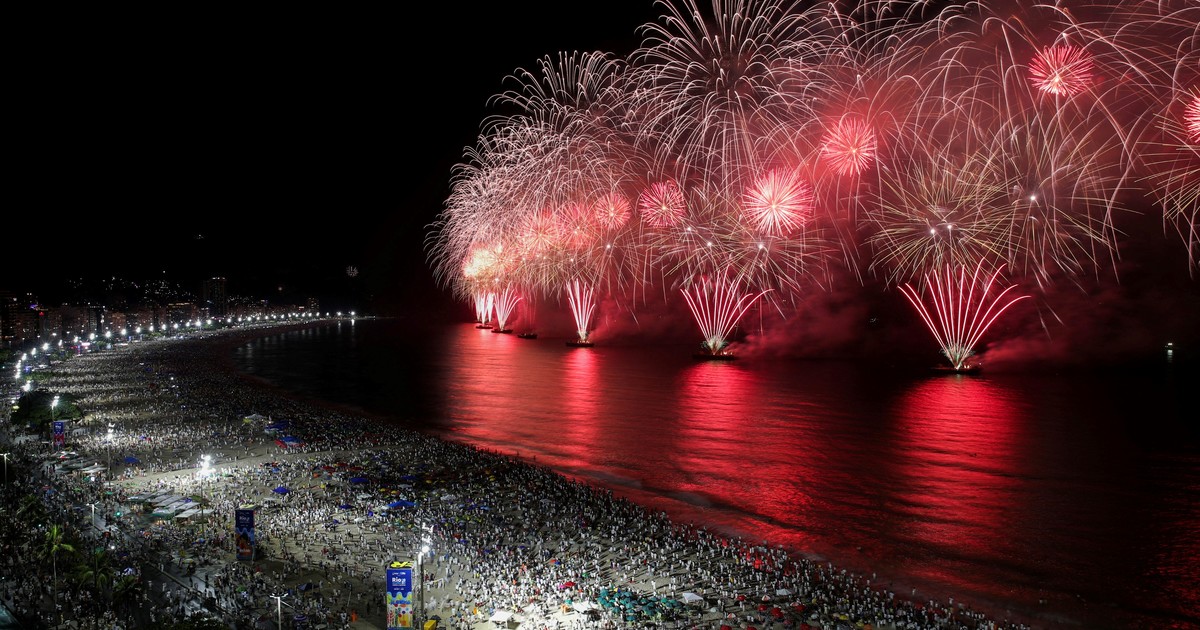 With restricted parties, masks and health passes, the world celebrated the arrival of 2022, at the beginning of a third year of the coronavirus pandemic with an explosion of infections in much of the planet and timid signs of hope.

The emergence of the particularly contagious omicron variant in November led to exceed the million daily infections of coronavirus for the first time, according to an AFP count.

Officially, more than 5.4 million people have died since the virus was first identified in China in December 2019.

Britain, the United States and even Australia, long protected from the pandemic, are breaking daily records for cases.

And France announced on Thursday that omicron is the majority in its territory. However, in his end-of-year message, President Emmanuel Macron declared himself “resolutely optimistic”, wishing that 2022 would also be “the year of the end of the epidemic.”

The Kiribati islands, in the Pacific, were the first to welcome the new year.

In Indian Kashmir at least 12 people were killed in a stampede in Mata Vaishno Devi; one of the most revered Hindu sites.

The death toll could be higher because the road to the sanctuary “was full of worshipers who were trying to carry out the customary visit and New Year’s prayer,” an authority told AFP.

From Seoul to Mexico City and San Francisco, many festivities were canceled as in 2021 or severely restricted.

In Paris, where the traditional fireworks show was canceled, thousands of people, much less than before the pandemic, strolled through the Champs Elysees, where the police controlled the use of masks, again required.

The New Year on the Champs Elysees in Paris. Photo: AFP

“Everything is closed in the Netherlands, so it’s better here. I’ll stay until midnight,” explains Koen, a 22-year-old Dutch tourist who went to the French capital with his girlfriend.

In the heart of Madrid, the traditional party in front of the Puerta del Sol brought together some 7,000 people to swallow grapes to the sound of twelve chimes at midnight, a day after Spain set the record for daily infections, with a total of 161,688 .

In Sydney, Australia, a city that boasts of being the “New Year’s Capital of the World,” crowds were unusually small at the harbor to witness the traditional fireworks display.

“I’m just trying to focus on the positives that happened this year rather than the negatives,” said Melinda Howard, a 22-year-old medical student.

In Dubai fireworks at 29 sites lit up the city. The public gathered early in the evening to witness the spectacle of the tallest tower in the world, the Burj Khalifa.

In Brazil, the second most affected country by the pandemic after the United States, Rio de Janeiro returned to Copacabana beach to welcome 2022 although with less public due to bad weather and restrictions due to the pandemic.

“I was expecting to see a lot more people, it would be stressful,” Alejandra Luna, a 28-year-old Colombian tourist, told AFP. “It’s calm, I like it,” he adds.

Dressed in yellow to attract prosperity, Andreia Viana from Rio observed the 16 minutes of fireworks and commented to AFP: “It was exciting, because we spent a lot of time in a pandemic and now that the fires have returned, they seem more beautiful, they are more significant” .

In South Africa, where the new variant was detected at the end of November, the night curfew that has been in force for 21 months was interrupted for four hours from midnight.

New York prepared this Friday to ring in the New Year in Times Square, with the famous ball drop and flying papers, albeit in a reduced form due to the pandemic.

The celebration in Times Square, in New York. Photo: AFP

Mayor Bill de Blasio, who ended his term at the beginning of the new year, said the party could be done, but with only about 15,000 people in Times Square, instead of the usual 60,000, and all had to be vaccinated and wearing masks.

“This is a dream of ours. It is on our list of things to see, the fall of the New Year’s sphere, and we have been vaccinated for this,” said Chroni Stokes, 27, who came with his partner to New York from Memphis, Tennessee.

US President Joe Biden on Friday urged unity in the New Year in a video message in which he greeted “extraordinary” Americans.

In Russia, President Vladimir Putin mentioned the covid epidemic in a televised message without citing the figure of more than 600,000 deaths established the previous day by the national statistical agency – double that reported by the government – which places the country among the most mourning in the world.

New phase of the pandemic

Experts expect the year 2022 to mark a new less deadly phase of the pandemic.

Vaccination of around 60% of the world’s population offers a glimmer of hope, although some poor countries still have limited access and a segment of the population remains reluctant to be immunized.

But the World Health Organization does not want to lower its guard and warns that the “tsunami” of infections could put health systems “on the brink of collapse.”