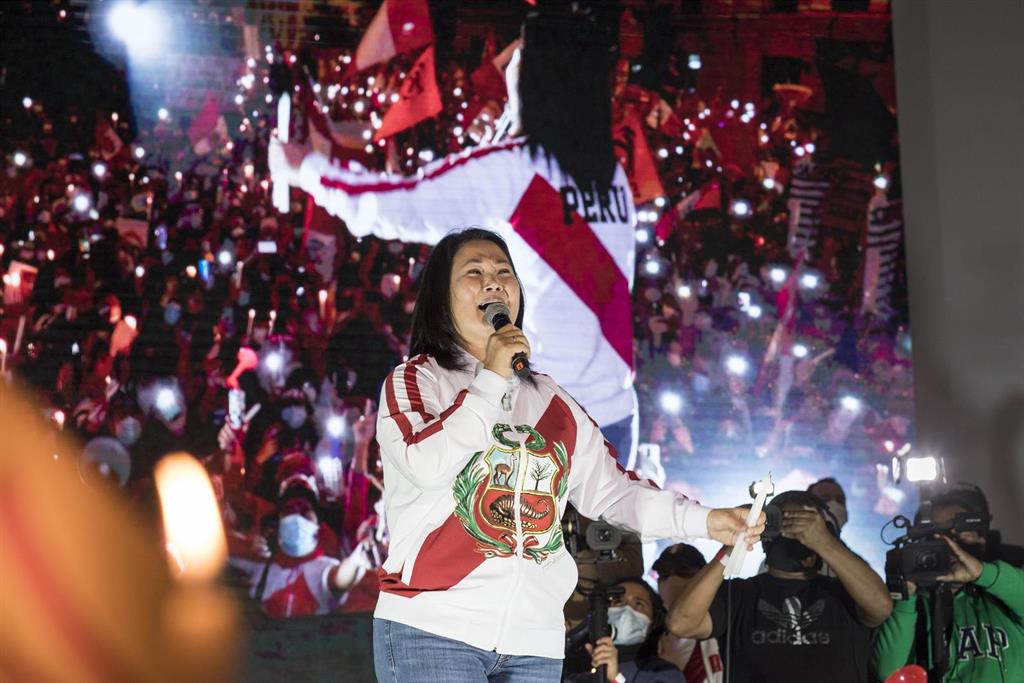 The presidential candidate of Fuerza Popular, Keiko Fujimori, has traveled to the Government Palace of Peru this Monday to request the president, Francisco Sagasti, to request an international audit on the second round of the elections.

Fujimori, who has arrived in her car and accompanied by party members, has delivered the request to the table on behalf of Casa de Pizarro, after which they have indicated to the press that they have asked “formally to the president so that he can request a international audit “.

The objective is for the audit to “determine whether the results processed and accounted for by the National Office of Electoral Processes (ONPE) represent a true reflection of the popular will in electoral elections,” added Fujimori, who has been denouncing fraud in the last second electoral round.

If he accepts the request and accepts to ask the international community for an audit, Sagasti would guarantee “to all citizens” the “tranquility that the popular will is finally being respected,” according to Fujimori, the local radio station Radio RPP collects.

Fujimori has taken the opportunity to insist that “there is abundant evidence and indications of irregularities in different polling stations in our national territory” to emphasize that at the electoral appointment there were voting tables chaired by family groups, false signatures in the minutes and that, ultimately, it is “impossible that there are results like the ones that are being evidenced”.

Peru is waiting to meet its next president, after the disputed second round on June 6, which left Pedro Castillo, with 50.12 percent of the votes, ahead of the ultra-conservative option represented by Fujimori, who has 49.87 percent of the ballots, has requested annulments of the minutes and even the repetition of the elections.