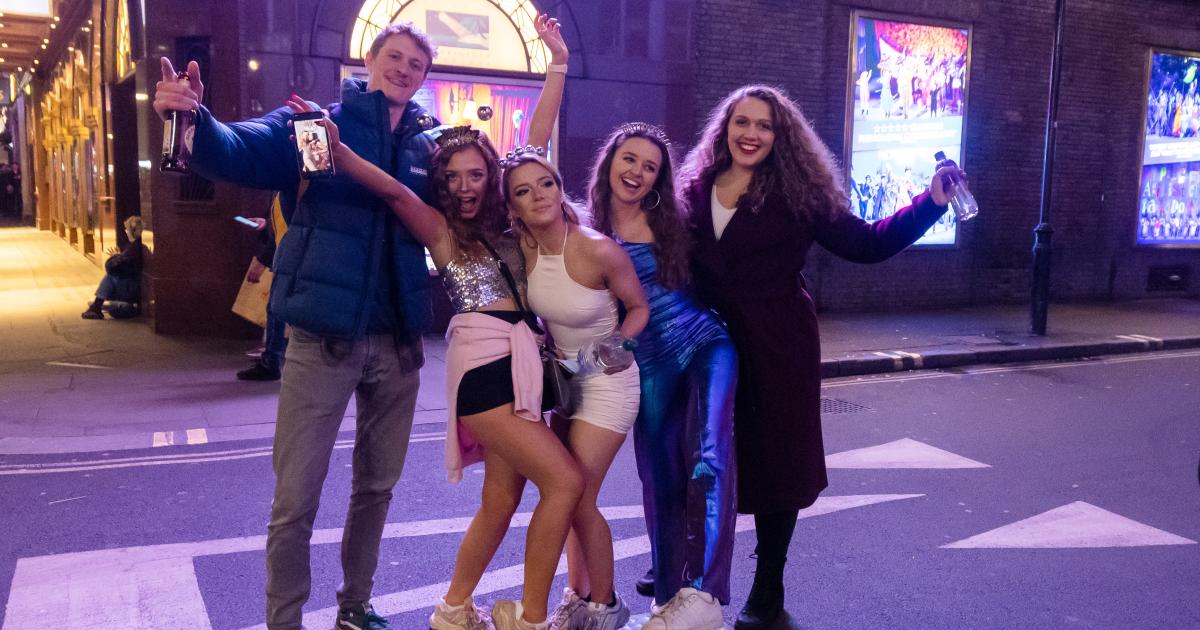 Celebrating crowds in the heart of London; Queues for clubs and bars in Liverpool and Newcastle; Drunk people on Manchester’s sidewalks. England also celebrated the start of 2022. Even though Great Britain ended 2021 with new corona infection records because of the highly contagious Omicron variant.
“We’re going to get really drunk and party hard,” a young woman told the BBC on New Year’s Eve, although the media showed almost deserted streets in Edinburgh, Cardiff and Belfast.

Because the kingdom, where regional governments decide health policy, is not united in the corona fight. Scotland, Wales and Northern Ireland have stricter rules, while Prime Minister Boris Johnson, who is responsible for the largest part of England, relies on vaccination, freedom and personal responsibility, with reference to the milder course of many Omicron infections.

In England, for example, it is compulsory to wear a mask in public transport and shops, but not in restaurants. The 3-G rule applies to clubs and events.

He also scores with many dissatisfied with him in his conservative party. Johnson had called for “gentle” celebrations, but also said that the country was in an “incomparably better” position than last year when it came to pandemic issues.

While the turn of the year was quieter elsewhere, according to the media, thousands of party animals from Scotland, where the New Year is particularly important to many, and Wales also came to England. They used the lax rules in England, especially open clubs and pubs with almost no restrictions. “We’re taking buses to Newcastle to celebrate New Year’s Eve,” tweeted the Scot Brian.

Jimmy went to Torquay to party with friends from Wales: “12 others from our pub are in Liverpool”. the Sun had been happy about the rush of partiers in advance and crouched with a “Braveheart” photo by Mel Gibson: “Ravehearts”.

However, some experts fear that New Years celebrations could turn out to be super-spreader events because Omikron is easier to transfer and there is currently a shortage of free rapid tests due to increased demand. These have often not been available in the last few days, even though Johnson had recommended them to the British before New Year’s Eve celebrations.

Shortage of staff due to the quarantine obligation

The high infection rate and the obligation to quarantine are already leading to a shortage of staff. Various football games in England had to be canceled and train connections canceled at the end of the year; According to experts, schools and public services such as garbage disposal could soon be affected.

England recorded 162,572 new infections on Saturday – a daily record in the largest British part of the country.

In terms of new infections per 100,000 inhabitants, Great Britain is currently in fourth place in Europe behind Denmark, Cyprus and Ireland.

The statistician Prof. David Spiegelhalter from the University of Cambridge warned of an “unprecedented wave of infections” and said that actual case numbers could already be up to 500,000.

The number of COVID patients in England’s hospitals rose by 68 percent compared to the previous week to almost 12,400, the highest level at the end of February. The health sector complains about a shortage of staff and warns of possible overload.

Some ask if Johnson might have to take stricter measures in the new year. But health minister Sajid Javid only called it a “last resort” on New Year’s Day.