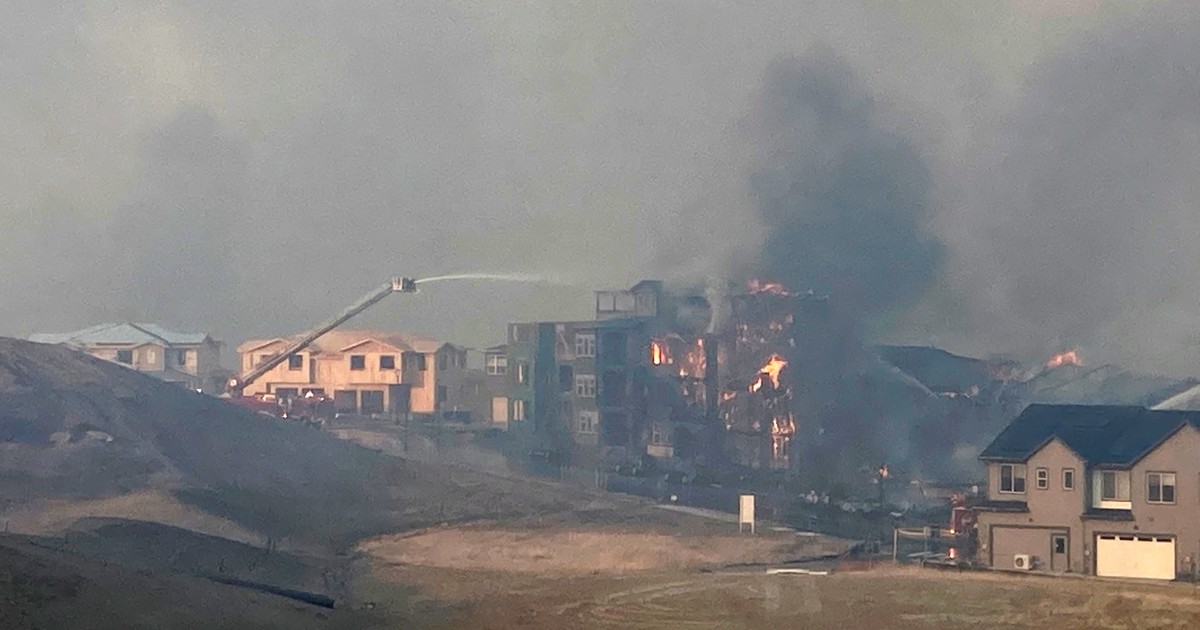 Almost 1,000 homes were destroyed, hundreds more were damaged and three people are missing after a forest fire It scorched several neighborhoods at the base of the Rocky Mountains northwest of Denver, a Colorado official said Saturday.

Boulder County Sheriff Joe Pelle also said investigators are trying to determine the cause of the fire which began on Thursday, reports the AP news agency.

Authorities had previously estimated that at least 500 houses – and possibly 1,000 were destroyed. They had also announced that two people had not been located.

The wind-fueled fire ripped through entire neighborhoods in the area between Denver and Boulder.

Authorities had previously said there were no missing persons. But Jennifer Churchill, a Boulder County spokeswoman, blamed it Saturday on the confusion inherent in agencies’ rush to deal with an emergency.

Pelle said authorities were organizing specialized body search teams to search for the missing in the Superior area and Boulder County. The work is complicated by debris from the destroyed structures, which is covered by 20 centimeters (8 inches) of snow that fell overnight, he added.

1,000 homes were destroyed by fire in Denver – AP Photo

At least 991 homes were razed, Pelle noted: 553 in Louisville, 332 in Superior and 106 in unincorporated parts of the county. He cautioned that the figures are not final.

The cause of the fire is under investigation. Pelle said power company officials found no downed power lines around where the fire started. He said authorities are following up on a series of leads and serving a search warrant at “a particular site.” He did not want to give further details.

At least seven people were injured in the wildfire that broke out in and around Louisville and Superior, neighboring towns with a combined population of 34,000, which are located about 20 miles (30 kilometers) northwest of Denver. More than 500 homes are feared to have been destroyed.

The fire, which burned at least 24 square kilometers, was no longer considered a threat, especially after a nightly snowfall.

The causes of the accident are unknown – AP Photo

At least six inches of snow and single-digit temperatures gave the still-smoking remains of homes a chilling appearance. Despite the severe change in the weather, the smell of smoke still permeated the empty streets blocked by members of the National Guard.

Red Cross volunteers distributed electric heaters to the thousands of residents whose homes were not affected by the fire, while crews of workers worked to reactivate the supply of natural gas and electricity.