A nightmare New Year’s Eve for 21 tourists stranded on the cable car at 3,000 meters 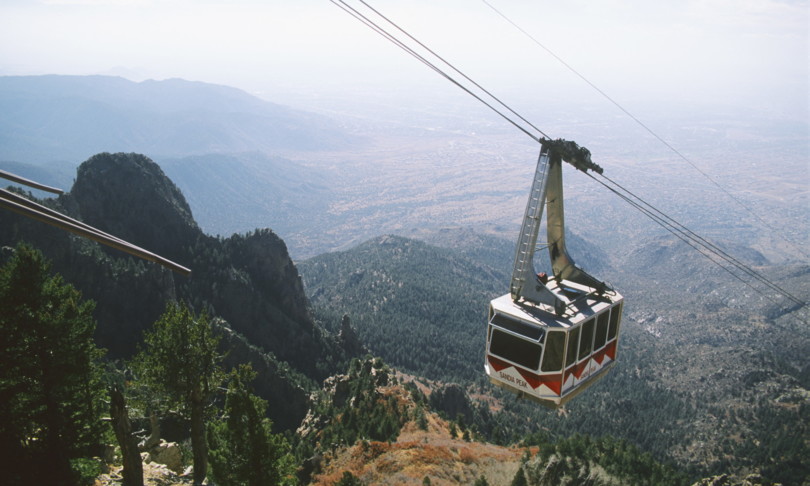 They were preparing to celebrate the arrival of 2022 together with friends and families, but they spent the first hours of the new year waiting for rescue stuck almost three thousand meters high in two cabins of the Sandia Peak cable car above Albuquerque, in New Mexico, in the midst of a snowstorm that made the cable car swing like a swing, and with the temperature dropped below -4.

21 people were rescued between the night and the morning of January 1 by the New Mexico Search and Rescue, the rescue service called by the state police for the 19 employees of Ten 3, the restaurant located on the top of Sandia Peak, and the two workers at the plant.

At 9 o’clock on the 31st evening, the Ten 3 group had just finished work and were preparing to return to Albuquerque to celebrate the arrival of midnight. But, when we reached the second pylon, the cabins stopped. According to the reconstruction of the operators of the cable car made to a local TV, snow and ice have accumulated with exceptional speed on one of the cables that has collapsed and blocked the system.

This is how 21 Sandia Peak employees spent their New Year’s Eve and most of New Year’s Day, trapped inside a Tram cabin. pic.twitter.com/me2iAD96uG

At first, no one was alarmed, thinking of a temporary stop. But almost two hours later, at 11, everyone understood how they would wait for midnight. As reported by the New York Times, one of the restaurant workers, Amber Santos, made a story on Instagram of what was happening: as the hours went by, the excitement for an unexpected adventurous gave way to despair and fear. .

If at midnight the twenty people trapped in one of the two cabins wished “Happy New Year” in chorus, by one o’clock the enthusiasm had already faded, while the thermometer was reaching zero.

Fortunately, the cabin is equipped with emergency blankets and a bathroom, and radio contact with the ground station has never been lost for rescue updates. At 3 am, while at high altitude the situation became dramatic with the temperature dropped to -4 and the blocked people forced to share water and energy bars, the rescue machine was activated.

It was frosty on Sandia Peak this morning ❄️ #nmwx pic.twitter.com/dKa8nAFpkQ

At 4 o’clock the teams were on site, but it took another four hours to climb the steep slope, reach the pylon, climb it and reach the cabin from where with a system of ropes people were lowered one at a time. From there, another hundred meters on foot to the helicopters which, in small groups, finally brought them to safety.

“Luckily we were able to use the helicopters, otherwise we would have had to force these exhausted people to walk for hours in the snow. Some still had work clogs on their feet,” Michael Donovan, general manager of the New York Times, told the New York Times. Sandia Peak Aerial Tramway which operates the cable car. As soon as she got to safety, Amber Santos closed the chronicle of the incident with a last post: “I have no words for what happened today. It was horrible.”