What is known a year after the attack on the Capitol 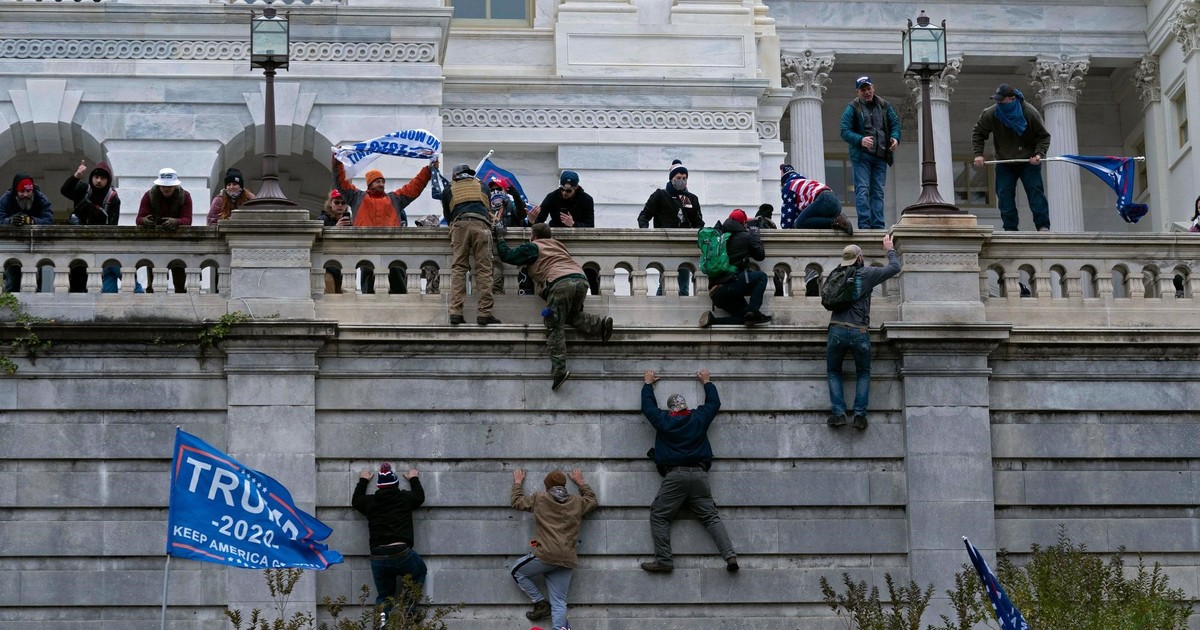 One year after the massive assault on the United States Capitol on January 6, 2021, hundreds of judicial and political processes continue to search for the material and intellectual culprits of what happened. And the fence on former President Donald Trump is tightening.

The investigations are divided into two large groups: on the one hand, the police (led by the FBI) ​​and judicial persecution of hundreds of people who starred in violent acts or vandalism on that day; and on the other, the political process opened in the US Congress against people from the former president’s orbit.

To date, the United States Attorney’s Office for the District of Columbia has filed charges against more than 700 people, residents throughout the United States, for crimes ranging from physically attacking police officers to impeding the exercise of their functions, passing for destroying government property and entering a restricted-access building.

“Entering the Capitol without permission is a very minor accusation, but physical violence can lead to several years in prison, especially if it is against an agent of the Capitol Police,” the professor of Law at the University of Nueva explained to the EFE agency. York Stephen Gillers.

In Gillers’ view, of all the different charges against the defendants, this is the one that can carry the harshest sentences.

Supporters of Donald Trump stormed the Capitol on the day that Congress was to confirm the electoral victory of Joe Biden. Photo: REUTERS

In fact, the biggest sentence issued to date – released on December 17 – was precisely for this reason, and fell on a man who attacked police officers with a fire extinguisher and was sentenced to five years and three months in prison.

More than 700 accused and few guilty

Although arrests are taking place in every corner of the country – some in the capital itself, Washington, and in states as far away as Minnesota, Alaska and Hawaii – all defendants whose cases go to trial will have to go through the District of Columbia. , for being the place where the events took place.

“The trial occurs where the crime took place. However, if the defendant pleads guilty – that is, does not go to trial – and is not physically in Washington, the sentence can occur in any other part of the country,” Gillers clarified .

However, it does not seem that this is the most common route among the accused, since of the more than 700 detainees to date (a figure that will presumably continue to grow in the coming months), barely about 150 have agreed to plead guilty, according to data from the US Department of Justice.

The “man with the horns” became famous for his photo inside the Capitol, on January 6. Photo: AFP

One of those who did reach an agreement with the Prosecutor’s Office and pleaded guilty to obstructing an official procedure during a session of Congress was the most visible face of the assault on the Capitol, the man disguised as a bison and self-proclaimed “shaman of QAnon”. Jacob Chansley, who was sentenced to 41 months in prison in November.

While the FBI and Justice deal with the anonymous citizens who were the protagonists of the events, the House of Representatives – controlled by the Democratic Party – carries out a parallel investigation into what happened on January 6 and the preceding days at the highest levels of the American government.

The “Select Committee to Investigate the January 6 Attack on the US Capitol” It is made up of nine members, but only two of them belong to the Republican Party and its future is in doubt if the Conservatives win control of the lower house in the legislative elections in November.

Unlike the courts in which legal proceedings are carried out against attackers, Congress has no capacity to sanction anyone, so the research is merely informative.

However, if any of the people called to testify refuses to do so, the committee can find them in contempt and then it is up to the Department of Justice to press charges.

That has been the case to date for three former Trump aides: his former adviser and former campaign manager Steve Bannon – who eventually turned himself in – his former chief of staff Mark Meadows and former Assistant Attorney General Jeffrey Clark – all of them. found in contempt.

Should they be found guilty, all of them could be sentenced to several months or even a year in prison.

A flag with the image of Donald Trump, in front of the Capitol, after the violent assault of January 6, 2021. Photo: AP

Relatively low penalties but which, according to George Mason University Law professor Ilya Somin told EFE, “could have enormously damaging consequences for the reputation of these people, who are high-level professionals and in many cases, lawyers.”

What to do with Donald Trump

At the bottom of the debate behind the Bannon, Meadows and Clark cases is the figure of the former president himself: will the committee ask the Justice Department to bring criminal charges against Trump based on what it finds?

The possibility exists and the American press assures that it is something that the Democrats have on the table, but even among the progressive ranks themselves and the media of their orbit there is division of opinions on the question.

While some voices – such as the chairman of the committee, Bennie Thompson – want to take the investigation to its last consequences, others warn of the danger that a request of this type will further politicize the perception that Americans have of the committee and even help Trump present himself as a victim of a political persecution.

In addition, the request of the committee in itself would not have any legal consequence, its validity would only be informative for the government to decide whether it should act or not.

For this reason, asking for it and then the Justice Department not even pressing charges is a realistic scenario and potentially damaging to the image of Congress.

The author is a journalist for the EFE agency