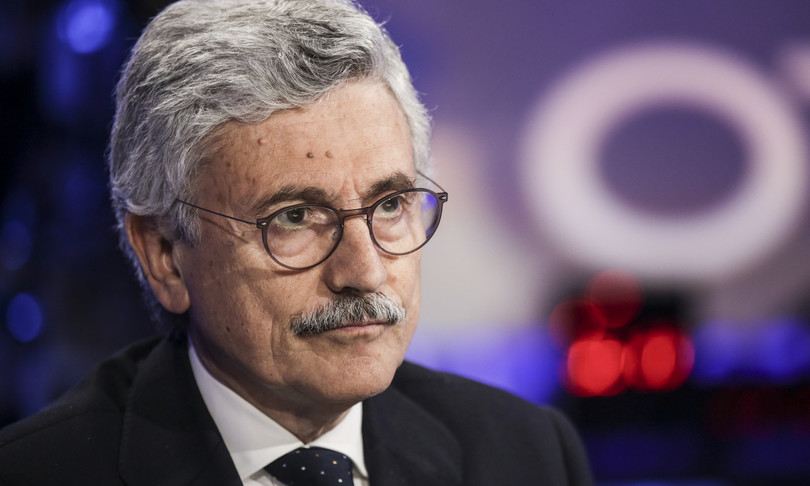 It is not the first time that Massimo D’Alema has shaken his former party to its foundations. But this time, having spoken of “illness in the Renzian era”, while “now the party is cured”, in addition to the hypothesis of a return home, rather than disconcerting the dem arouses real “irritation” .

And the secretary’s frost falls, which clearly marks: “The Democratic Party, since it was born 14 years ago, is the only big house of Italian democrats and progressives. I am proud to be its pro tempore secretary and to carry on this story in the interest of Italy. No disease and therefore no cure. Only passion and commitment “, Enrico Letta makes clear.

Called upon by D’Alema, Matteo Renzi vitriolic replica, with an unveiled ‘stiletto’ addressed to the dem: “Words that speak for themselves”. He then added: “A thought to those who are really sick, perhaps in a hospital bed. And a hug to those who dreamed of the reformist party and find themselves in the Dalemian party”. And in fact Teresa Bellanova is also addressing the dem: D’Alema’s statements should “stun even the friends of the Democratic Party who were part of that season – characterized by an eye towards the future -“.

D’Alema, in the toast at the end of the year of Article 1 via zoom, defined the path of the Agora organized by the secretary Letta “the best way to arrive at a recomposition that appears necessary”. But Arturo Scotto, one of the founders of Article 1 and a member of the management, clarifies to the “No dissolution of Article 1 has been decided in the Democratic Party“. Scotto explains that” by joining the Agora ‘of the Democratic Party we are giving our contribution to rewrite the program of the progressive camp, in the spring there will be our congress and our members will decide. “That said,” D’Alema has reiterated some important but already known things “. In short,” the necessary recomposition of the progressive field with Pd and M5s is an acquired fact. There is no dissolution of Article 1 in the Democratic Party, and D’Alema did not say so, instead we need to build a force field necessary to win against the right “.

It is not only the dem summit to reply hard-nosed to the former party ‘comrade’. To read the many statements, the feeling of irritation is common to all. The position taken by the reformist Base was very hard: “D’Alema’s crude words look to the past and stir up grudges that have never died down”, affirms the national coordinator Alessandro Alfieri. For the former group leader in the Senate, Andrea Marcucci, “D’Alema is an expert in diseases, having experienced and caused many since the times of the PCI-PDS”. Then Marcucci raises: “The Democratic Party must be more ambitious. The legislature comes to an end. Are there the conditions for a constituent congress after the election of the head of state? I think yes'”.

Perentorio Dario Parrini: “The stale controversy over the past between leaders of the past baffles the voters. They are bait for small groups of nostalgic and self-referential sectarians “, the Democratic Party” needs unified projects, not divisive grudges “, concludes the president of the Senate’s Constitutional Affairs Commission. Democratic Community, the Pd area which refers to Graziano Delrio and Debora Serracchiani, did not like D’Alema’s statements: “More than the usual arrogance we would have appreciated a bit of self-criticism – and maybe even an apology – to justify the desire to return to the Democratic Party, left with ambition (already failed) to form a new party “, says Stefano Lepri.