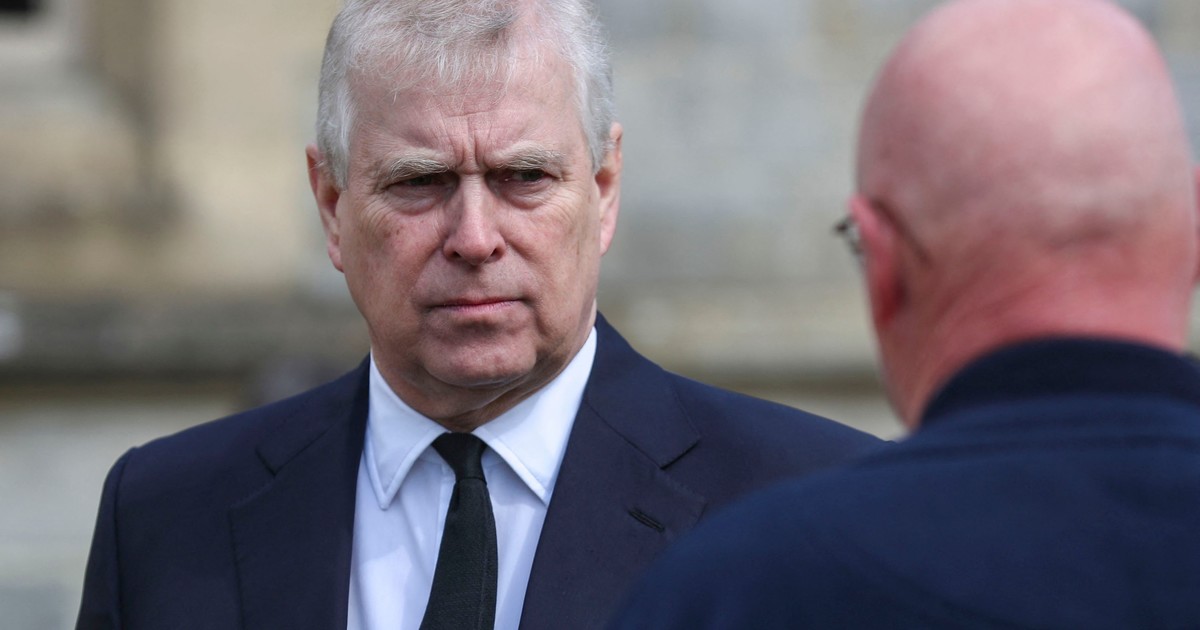 A confidential settlement between Jeffrey Epstein and Virginia Giuffre, which could be key to a legal case involving Prince Andrew, son of Queen Elizabeth of England, was published Monday in New York. Epstein reportedly paid $ 500,000 to Virginia Giuffre as compensation for her sexual abuse.

The 2009 agreement between Epstein, the financier who died in prison, accused of serious charges of trafficking and sexual abuse, and Virginia Giuffre, formerly known as Virginia Roberts, his sex slave, was opened after an order by US judges.

“I hereby release, acquit, satisfy, and forever release said Second Parties and any other person or entity that may have been included as a potential defendant (” other potential defendants “) from all actions of Virginia Roberts,” it states. the agreement.

It appears that the duke relies on the vague category of “other possible defendants” to include him. But the opening has not annulled Tuesday’s hearing, where his fate must be decided.

The text does not mention Prince Andrew or Alan Dershowitz, whom Giuffre accuses of sexual misconduct.

Giuffre is suing Andrés for allegedly sexually assaulting her three times when she was a teenager.

This Tuesday, a New York judge is due to hear arguments on whether to dismiss his civil lawsuit, which seeks unspecified damages.

Giuffre claims that she was trafficked by Epstein to have sex with the Duke of York when she was 17 years old, was a minor under American law, and was photographed with royalty and Ghislaine Maxwell during the period in which the alleged relationship took place.

Andrés, who has not been charged with criminal offenses, has denied the allegations and his legal team has described the lawsuit as “unfounded.”

The judge said on Saturday that Prince Andrew cannot block prosecutor Virginia Giuffre’s lawsuit, arguing that she no longer lives in the United States.

The prince’s accuser insists that he is a US resident, although he has a house in the Australian city of Perth, where he has lived for two years, and that the lawsuit can continue.

The case of the Duke of York, Queen Elizabeth’s favorite son, is aggravated by the conviction of her friend Ghislaine Maxwell, in whose house in Belgravia the sexual abuse would have occurred.

Maxwell was accused of abusing vulnerable girls and luring them into massage parlors for Epstein to sexually abuse them between 1994 and 2004.

She was convicted by a jury in New York and awaits you a sentence of about 65 years in prison, Unless you make an agreement with the prosecutors. She hopes to appeal because she considers herself a “scapegoat” following Epstein’s suicide in jail.

What does the agreement say?

Before the publication of the text on Monday, lawyers for the Duke of York have argued that the agreement signed between Epstein and Giuffre relieves the British prince of responsibility because it covers “copyright.” Epstein had insisted that it apply to anyone Giuffre could sue.

But Giuffre’s lawyers say the settlement applies “at the most” to people involved in underlying Florida litigation, excluding Prince Andrew.

They say the queen’s second son shouldn’t use the 2009 deal as a “get out of jail card.”

The settlement’s release comes after the duke’s lawyers asked that the lawsuit against him be stopped or dismissed because Giuffre lives in Australia. They argued that this meant that the New York court might not have “jurisdiction” over the lawsuit.

But this was rejected by Federal Judge Lewis A. Kaplan last Saturday, who told Andrés’s attorneys that they must deliver the documents at the time established in the lawsuit.

Giuffre’s legal team described the royal legal team’s request as “another in a series of tired attempts by Prince Andrew to sidestep and dodge the legal merits” of the civil case.

Jeffrey Epstein committed suicide in the New York prison where he was serving a sentence for sex trafficking, in 2019. Photo: AP

His lawyers have requested a great deal of information from Andres’ defenders as they investigate his interview with BBC Newsnight, when he said he was visiting a Pizza Express on the day of the alleged sexual encounter. That was his alibi for saying that he had not seen the alleged abused on that date.

They requested travel documents detailing the Andrew’s movements on Epstein’s planes and at their various homes, the duke’s visit to Pizza Express in Woking and London’s Tramp nightclub, where Giuffre alleges that she danced with Andrew, who was sweating heavily, before having sex.

In his interview with Newsnight, the duke claimed that he had a medical condition at the time, from stress as a helicopter pilot in the Falklands war, which prevented him from perspiring. Lawyers require medical documentation to prove it. Does not have it.

The deal Prince Andrew’s accuser made with Jeffrey Epstein does not explicitly rule out legal action against royalty.

Dissemination of the agreement

The settlement Virginia Roberts Giuffre reached with convicted sex offender Epstein in 2009 was made public by a New York judge on Monday. The hearing will begin on Tuesday to find out if the prince is released or not from the trial.

This opening comes before a critical court hearing, when Andrew Brettler, the Los Angeles-based attorney for the Duke of York, will try to persuade Lewis Kaplan, the judge, to dismiss the case.

It will argue that the settlement agreement that Giuffre made with Epstein entitles Prince Andrew to a “complete release” of the lawsuit.

It will assert that, as a high-ranking member of the royal family, the duke falls into one of the “expressly identified categories” of persons released from liability under that agreement.

However, the document does not name the duke and only contains opaque and broad references to Epstein associates, which are expected to generate high-risk legal disputes on both sides. Attorney David Boies, who represents Giuffre, described the settlement as “irrelevant” to the case.

Giuffre, now 38, claims she was forced to have sex with the prince on three separate occasions in 2001, when she was 17, in London, New York and on Epstein’s private Caribbean island. She seeks unspecified damages.

Currently, the remote hearing represents the Duke’s only chance to have the case dismissed.

If he fails, he faces the prospect of a lengthy discovery and deposition process, which could involve close family members and their police protection officers, ahead of a trial in September.

The duke is believed to be unlikely to communicate digitally with the mid-afternoon audience, which is expected to last around an hour. You will wait for your legal team to inform you immediately afterwards. Judge Kaplan is expected to make his decision at the end of the hearing or issue a written ruling in a few days.

If he loses, Brettler has asked Giuffre to provide more details about his allegations, claiming that his claim is “ambiguous and totally devoid of factual allegations” about the New York incident.

Internal war in the royal family

At the same time the prince faces violent enemies within the royal family, who leaked The Sunday Times that Andrew should lose his title of Duke of York, be confined internally and stop living in the house of the Queen Mother, in Windsor Park, next to Queen Elizabeth.

Prince Charles, his brother, and William, Duke of Cambridge, both future kings, support that position and that he never again be part of the royal family, when they are in full crisis.

But the queen must say about the title, that Andrew inherited from his grandfather George, and that only the sovereign can tear him away when he is her favorite son. It is with her that he has lunch every day in Windsor.

The duke’s retention of his military titles, including the coveted colonel of the Grenadier Guards, has also proved increasingly controversial.

Julian Perreira, a veteran of the Grenadier Guards, became the first Sunday night to ask the duke to resign as colonel of the regiment. In this regiment, with participation in Iraq and Afghanistan, the presence of Andrés as maximum commander continues to “stain” its history.

Also generals of the seven regiments over which the duke presides insist that the sovereign must choose between the reputation of the monarchy and those honorary positions of her son, who shame the regiments that have him as chief.

A Buckingham Palace spokesman on Sunday denied that the duke was disgraced, saying he was not commenting on speculation.

However, tentative discussions have been going on for some time about a broader reorganization of the military roles of royalty. Courtiers have also been debating what measures will be needed to protect the monarchy if the duke loses the civil case.