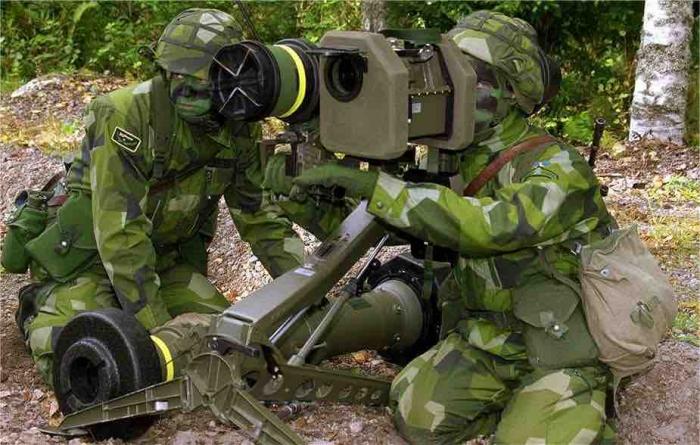 The Swedish Army is equipped with various Saab missile systems. As part of this move, the Swedish military procurement manager has acquired Carl-Gustaf launchers and rockets worth $ 39 million to be supplied in the years 2022-2023, as well as RBS 56 guided missile systems. BILL worth about $ 23 million.

The RBS 56 BILL system is a portable guided anti-tank missile system developed in Sweden by Bofors and now manufactured by Saab. The system consists of a tripod, launcher, missile and optical means. There is a 1x magnification, and the night sight has a 7x magnification. The missile is designed against both stationary and mobile targets and its range is from 150 meters to 2,200 meters.

According to an announcement by the Swedish military procurement manager last week, Sweden is collaborating with France to purchase medium-range missile systems (MMP) made by the French company MBDA that may be delivered in 2025.

The website Armyrecognition.com reports that in July 2021 France and Sweden agreed to co-develop a new anti-aircraft missile based on the MBDA missile from MBDA. The French Military Procurement Manager (DGA) signed a letter of intent with the Swedish Military Procurement Manager to create new missiles In November 2021, the site reported that Sweden had conducted shooting trials of MBDA’s MMP missile.

August 14 | The decline of the seventh wave of coronavirus in Israel: less than 21 thousand people are infected

“We haven’t had peace of mind, expectations have weighed on us,” says Xavi Hernández

Sempé’s funeral will take place on Friday in Paris