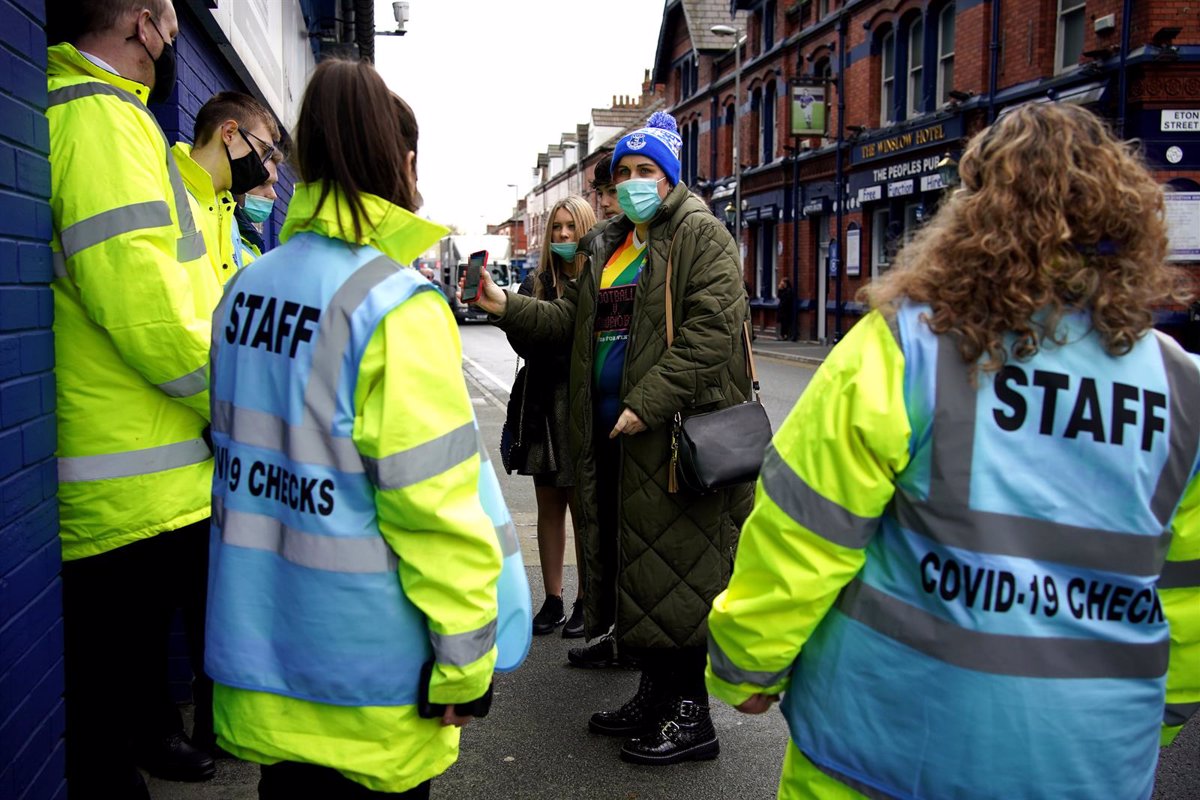 The British Ministry of Health has notified 218,724 new cases of COVID-19 on Tuesday, an unprecedented daily figure since the beginning of the pandemic that, however, is also burdened by the delay in the notification of infections in recent days.

The United Kingdom has chained successive records in recent weeks, attributed to the expansion of the omicron variant of the coronavirus. The Government has registered 13,641,520 in total, while the official death toll stands at 148,941, 48 more than on Monday.

In this context, British Prime Minister Boris Johnson on Tuesday advocated that England continue with the restrictions imposed so far, while the national health system continues “on the warpath.” The current restrictions entail the mandatory use of a mask, teleworking when possible and the obligation to present the vaccination certificate to access certain facilities.

Thus, and emphasizing that it is “unlikely or highly improbable” that new limitations will be imposed, he reiterated that the United Kingdom is in a different position from the wave of previous infections, thanks to the vaccination program since the country has a level of “substantial” protection against disease. In addition, he has considered that thanks to the restrictions provided for in ‘Plan B’, the United Kingdom has had the opportunity to “weather this wave of omicron without closing the country once again.”

At a press conference, Johnson has again asked the public to be vaccinated with the booster dose, while thanking the staff who assist in the vaccination plan “for their extraordinary effort at Christmas.” In this sense, the ‘premier’ recalled that more than 90 percent of people admitted to intensive care units with the disease have not received the third dose and that around 60 percent have not received any, according to the Sky News network.

Finally, he assured that a way could be found to “coexist” with this virus, but he stressed that the coming weeks “will constitute a challenge” and that some “services will be interrupted”, before acknowledging that, currently, the British health system “is under pressure”. “But I am sure that we will overcome it,” he concluded.

On the other hand, the prime minister has celebrated on Twitter that precisely this Tuesday marks the first anniversary of the start of vaccination with the AstraZeneca drug, a milestone of which he has been “extremely proud.”

The Minister of Health, Sajid Javid, who has visited a vaccination center, has expressed himself in the same line as the ‘premier’ and has pointed out that “there is currently no data that suggests changing the ‘Plan B'”, as The current battery of measures against COVID-19 is known, according to the BBC public radio.