Italy: All the hypotheses to secure the election of the president of the Republic 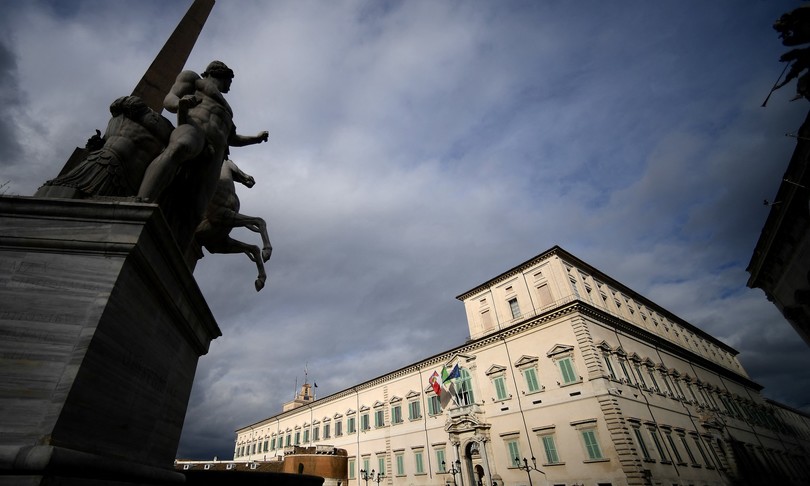 Covid effect on the Quirinale. The pandemic that has been hitting the country for two years it will also have repercussions on the elections for the new President of the Republic: the date of the first joint session of the Parliament was set for 24 January at 3 pm, the President of the Chamber Roberto Fico explained that work is being done “together with the College of Quaestors to define the organization and measures to ensure the full operation and safety of the vote”.

The goal is indeed to avoid that the more than a thousand big voters flock to vote increasing the number of infections and therefore quotas are being studied to enter the classroom, a reduction in the number of ballots per day, breaks for sanitation. But above all, we are evaluating how to regulate the use of the reinforced Green pass and weighing the impact of the number of infected people and those subjected to quarantine on the quorum. There are those who ask for remote voting to be authorized and those who instead point out that in the past those absent due to illness were considered simply absent without this becoming a subject linked to quorum and rights.

Stefano Ceccanti (Pd) poses various themes. First of all, “the goal of” must be taken seriously ensure the vote of all those entitled to vote because otherwise there is a risk of reduced representativeness and a surreptitious raising of the quorums that can make the election very difficult “. Then” it is necessary to avoid in the most rigorous way the creation of an outbreak in Parliament “and therefore for the exponent dem, who is constitutional,” nothing prevents that, although by unifying the place of scrutiny, the voting points can be different between the House and the Senate, since it is only a place for voting and not for debate “.

Finally Ceccanti asks that “one be adopted in the polling station legislation as close to that of voting booths, in order to guarantee the secrecy and non-controllability of the vote, starting with the prohibition of cell phones “.

The limits of the reinforced Green pass

The theme of the reinforced Green pass, however, could place limits on access to the classroom to vote and some are wondering if this does not affect the right of the electors to vote.

For Francesco Clementi, full professor of comparative public law at the University of Perugia, the dilemma is soon resolved: “From the legal point of view there is no no limitation in providing for presidential voters the obligation to green pass strengthened, as this choice is based on the evident protection of the constitutional interest in health above all of that special electoral college which, due to its role and functions, cannot fail to be protected to the maximum from any form of aggression or threat, primarily health “.

Having said this, “one cannot fail to underline that, precisely the reasons that impose the maximum protection for that college, likewise impose precisely, as a constitutional objective, the defense of the entirety of the quorum of the components and, therefore, also the need to find the way to make ‘the impeded’ vote anyway, because infected or in quarantine. In fact, one cannot imagine that their absence can be taken for granted. Because this too would be an implicit violation of the constitutional precept. Therefore, if the green pass for presidential voters is legally legitimate, it is still appropriate that a way be found to protect even those who cannot vote because they are impeded “.

Having said that “the quorum does not change, but it would more difficult to achieve“if there were many absent, the constitutionalist Carlo Fusaro agrees with those” reasonably asks to find ways to allow those affected by covid to vote, perhaps by voting in the prefectures, while maintaining the obligation of a Green pass for those who intend to vote in attendance “. Obviously” the President of the Chamber decides, having heard the President of the Senate and consulted the group leaders, but I would tend to identify remote voting methods, without prejudice to the protection of secrecy, to take charge of finding the solution “. As for the doubt about a possible limit to the expression of vote for large voters without green pass, in case the current rules are maintained, for Fusaro at that point it should be “the Constitutional Court, if referred to by a great elector” to determine whether it is this limit has been set.