From the waiters of Chinaglia to the expats: sociology of Blue Italy at Wembley 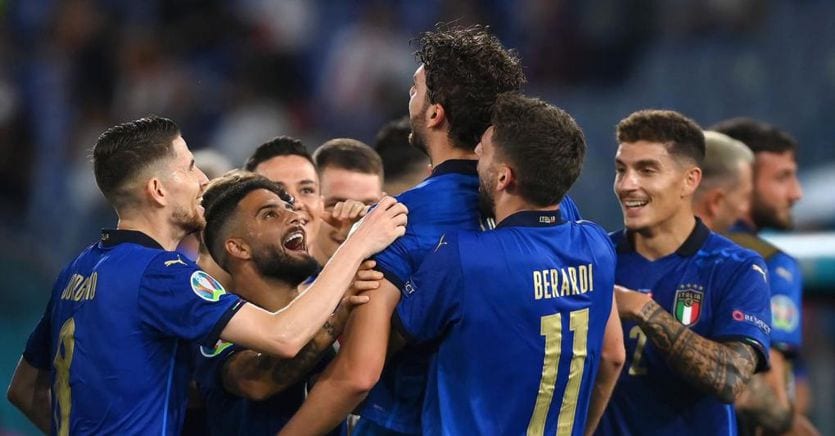 Stereotypes may well be commonplace, but they originate somewhere. Many of these young bartenders from Starbucks, Black coffee O Costa Coffe, the main employers for Italian labor in London, returned to Italy at the beginning of the pandemic. And now they are struggling to return to the UK, because in the meantime the country has left the EU and, in the absence of a residence permit, London is off-limits.

From waiters to bankers

The first Italian expat in London was such Ugo Foscolo, who was running away from his Venice conquered by Napoleon, at the end of the eighteenth century, and found shelter in the English capital that welcomed all the enemies of the French: the poet died in a suburb of London. Years later another exile will disembark, Giuseppe Mazzini: the patriot arrived in exile in 1837, at the age of 31. The father of the Risorgimento spent his first night at Sabloniere Hotel, a hotel of Leicester Square, the heart of London nightlife, before Covid. Today the hotel has disappeared but then it was the reference point for emigrants, because it was owned by an Italian, Carlo Pagliano: a fellow countryman who knocked on the door was sure he could always find a bed and a hot meal. Almost two centuries later, Mancini’s national team will stay in a hotel in Maida Vale, an exclusive residential area, which over time has become the “Little Israel” of London.

In 1911, of the 20,000 Italians surveyed in London, all were only waiters and cooks. Today a large chunk works in Canary Wharf, in finance, or in the City, in big corporations, as he did Vittorio Colao, for years at the helm of Vodafone, up to Andrea Orcel, now the new CEO of Unicredit. Passing through the influential professor Paolo Taticchi, among the leading Under 40 academics in the world.

The gigantic arena of Wembley makes an impression when arriving from the train station: the spectator feels small in front of the mammoth building, also magnified by the urban planning. If the outside is impressive, the inside is even creepy: for Euro 2020, finally the stadiums have been reopened to the public, albeit with capacity reduced to 22,500 spectators. But after a year of desolation, even 30% is a crowd that makes a deafening but delicious caciara. Should Italy continue on its way, from the semifinals the capacity will rise to 45mil up to 60mila of the Final of 11 July. Tickets for the matches, however, are nowhere to be found: few seats and thousands of requests. Bagaring in England is forbidden, but there are tickets online, no one can guarantee their authenticity a 1600 sterline. Bagarini or not, the only fans at Wembley, to which the Italian Premier Mario Draghi tried in vain to snatch the Final, they will sing theMameli’s anthem, will be expats living in the UK.

If finding a ticket is already a business, even more an Odyssey is tackling a journey from Italy to the United Kingdom, in the tail of the pandemic, between new variants and continuous changes of rules: after the last crackdown between the UK and Italy, any move between the two countries involves 5 (or even 10) days of isolation in the UK; and another 5 days for those returning to Italy. Plus an avalanche of tests, which discourage even the most avid fan and drain the wallet even before having planned the travel budget. Therefore in the stands, there will be only the Italians who already live in the country.