A broad front for Draghi at the Quirinale, but resistance in the parties is growing 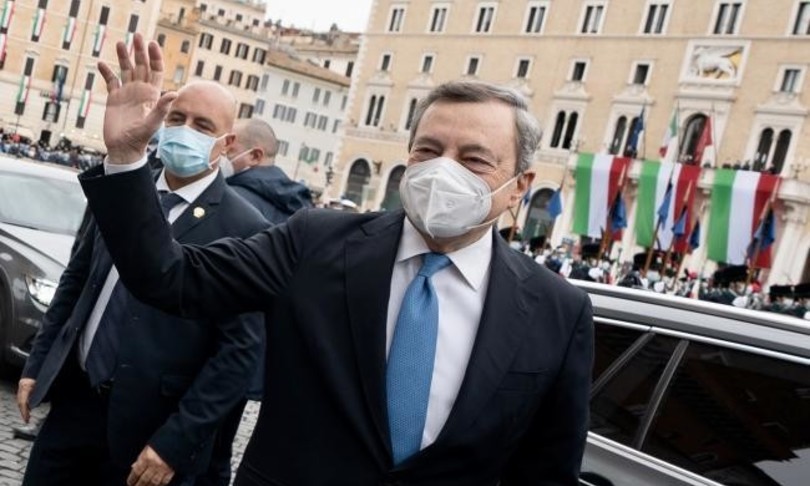 here is a broad front, especially within the government, which works to weave the canvas on the need to safeguard the figure of Mario Draghi.

A front that not only includes the ministers closest to the Prime Minister but also party leaders (such as Letta and Renzi) and moderates from all sides.

However, the resistance within the parliamentary groups on the possibility that Draghi could be Mattarella’s replacement grows.

Even in light of the discontent that emerged on the decisions arrived first in the control room, then in the Council of Ministers on the obligation to vaccinate and on the extension of the green pass.

The premier tried to mediate but on the one hand the 5-star Movement, on the other the League, have raised the barricades.

And the suspicion, argues a big party from the Via Bellerio party, is that in doing so we want divide the center-right and put the continuation of the legislature at serious risk.

Because the impasse that is registered on the negotiations on the election of the President of the Republic is not only linked to the name of Berlusconi on the table.

But also on who, eventually, should go to replace the former ECB number one at Palazzo Chigi.

There are those who push for a political executive. Others, however, on eclients such as Franco and Cartabia.

At the moment the center-right is firm on the Berlusconi hypothesis, even if the League – like the Brothers of Italy – does not want vetoes but not even that the field is restricted to a single name.

Except that there is currently no ‘plan B’ in the coalition. And there are also fibrillations in the former red-yellow front.

After M5s group in the Senate also a part of the Democratic Party has returned to invoke the Mattarella bis, an option that the secretary of the Nazarene had certainly not discarded but which runs counter to the will of the current President of the Republic.

The dem insist on the need to find a method now and then talk about names. But, for the moment, waiting for the negotiations to start on the figure of Draghi, there are two opposing sides on the field.

Also looking for a flag candidacy. In the 5-star Movement in recent days, according to parliamentary sources, the name of Liliana Segre has also appeared, a candidacy that would go against that of the Cavaliere.

Ma the same senator for life had made it known that she was not in the running. However, the Segre option – which emerged in one of the meetings attended by the M5s Conte president and the pentastellated vice-presidents – would have the merit of compacting the former red-yellow front and representing the values ​​of the center-left.

M5s would thus return to the initial scheme of a female figure at the Colle. After all, many have put forward the name of Finocchiaro within the Democratic Party.