Protest is rampant in Kazakhstan and the government resigns 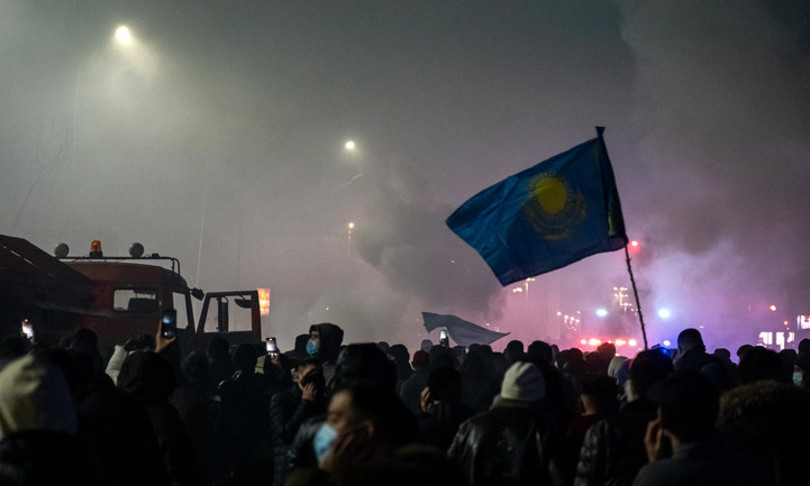 The Internet was also blacked out in Kazakhstan, where the most important protests in the country’s post-Soviet history have been staged for three days and now the risk is that the curtain falls on what is happening. The anger has been mounting for days over the increase in the price of LPG; after demonstrators stormed and set fire to administrative buildings and after the government resigned, a state of emergency was decreed across the country.

President Kassym-Jomart Tokayev also ‘ousted’ the ‘father of the nation’, Nursultan Nazarbayev, from the leadership of the Security Council; after having ruled the country with an iron fist for thirty years, Nazarbayev, a key ally of Russian President Vladimir Putin, resigned in 2019 but still firmly maintained control over the country; now that his ‘dolphin’ has driven him away, his fate is unknown.

President Tokayev has asked Moscow to intervene to help the country crack down on protests, organized according to him by “terrorist groups”.

“I have appealed to the heads of states of the CSTO (the Collective Security Treaty Organization) to help Kazakhstan defeat this terrorist threat,” he said in a speech on state television. According to Tokayev, the terrorist groups organizing the protests have been “extensively trained abroad”.

Almaty: burn the town hall. The protest took on the tones of a violent revolution pic.twitter.com/vwEY07XV4x

Tokayev assured a “firm” response to the demonstrations that have few precedents in a country rich in oil and gas, the economic locomotive of Central Asia but in which growing social inequalities are measured. The resignation of the government and the ‘defenestration’ of Nazarbayev mark two important concessions to the demonstrators, but the crisis threatens to destabilize the country, the largest of the nations born from the ashes of the Soviet Union, excluding Russia, the last to have declared the independence since its dissolution on December 16, 1991.

The Kazakh president had previously decreed a state of emergency and a two-week curfew in the western region of Mangistau, in Almaty, the country’s largest city, and in the capital, Nur-Sultan; limited gatherings and limited circulation. Speaking to the nation in Russian, Tokayev then promised reforms and made an appeal “to show prudence and not to succumb to internal and external provocations”.

But that’s not enough for now. Although western Kazakhstan is rich in oil and gas, the quality of life is generally lower than the capital, Nur-Sultan, and the economic capital, Almaty. Economic tensions have increased with the pandemic. Roads are in poor condition in many areas, public services below standard and as food has to be transported over long distances, it can often become more expensive than in wealthier urban centers.

The country possesses immense mineral resources – 60% of those of the former Soviet Union – including iron, coal, oil, methane and various metals used in electronics and rocketry; and it is an important producer of oil and gas, but also of uranium, the radioactive material used in nuclear power plants (last year it extracted 40% of world production). Resources that make it the first economy in Central Asia, as well as the most important producer and exporter of oil within the Commonwealth of Independent States.

The protests, which in three days have brandished increasingly political demands, arose from a very concrete need: the reduction in the price of LPG at service stations, the most used fuel for cars in the country. Starting on January 2 from the cities of Zhanaozen and Aqtau, in the western region of Mangistau, the demonstrations spread over three days in various areas of the country. On Tuesday evening they arrived in Almaty, the economic capital, where about 5,000 people marched in the streets and were then dispersed by the police with tear gas and stun grenades.

Clashes between protesters and police #In the morning # Kazakhstan.
classical_kz pic.twitter.com/qZIwJkqRfZ

A few hours later, protesters occupied several public buildings in the city and also took control of the airport, which canceled all its flights. It was the cause of the disputed increase the government’s decision to gradually end subsidies on fuel prices at the gas pump and thus allow the market to dictate prices. The process, which began in January 2019, ended last Saturday, resulting in a substantial increase in prices, particularly where the demand for LPG is high.

This is precisely the case in the Mangystau region: in a few days, LPG prices at service stations doubled from 60 tenge ($ 0.14) to 120 tenge ($ 0.28) per liter. The government estimates that 70-90% of vehicles in the region run on LPG, a higher proportion than in many other parts of the country. Tokayev on Tuesday announced the reduction in the price of a liter of LPG in Mangystau from 120 to 50 tenge ($ 0.11) to “guarantee the stability of the country,” but failed to quell the protests.

Meanwhile, the Kremlin is following closely what is happening in the ‘courtyard of the house. The foreign ministry has made it known that it is keeping an eye on the situation, but the Kremlin has assured that the Kazakh government is able to handle the situation on its own, that it has not made requests for help and has warned of “external interference. “. The Farnesina is following the situation closely and the Crisis Unit recommended “postponing non-essential journeys to Kazakhstan until further notice, given the current tense situation”.