Italy: The CDM has approved the vaccination obligation for over 50s 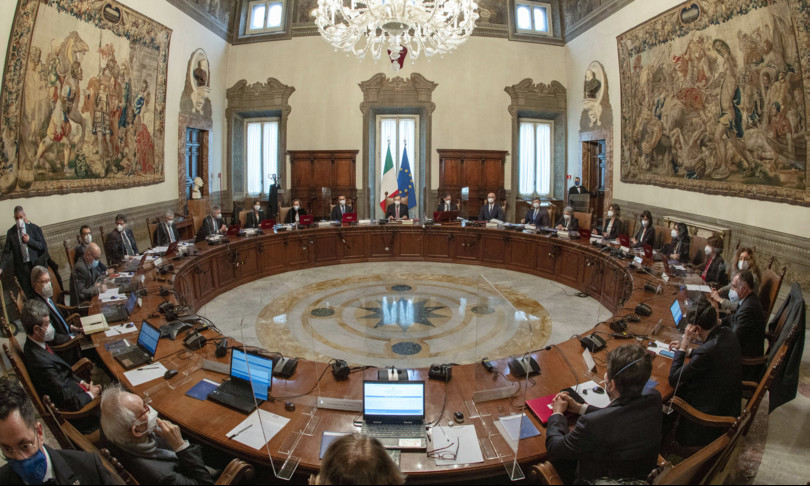 After the League’s ‘no’ to the super green pass for services, the government regroups and unanimously votes the green light to the decree that introduces a further anti-Covid squeeze, providing for the vaccination obligation for those over 50.

At the end of a long day of meetings (first the control room, then the meeting with the Regions and finally the Cdm whose start has been postponed by an hour), the hard line finally passes, even if not very hard, as they would have instead Prime Minister Mario Draghi, the Democratic Party, Italia viva and Forza Italia wanted.

But the concerns raised by the 5-star Movement and the opposition of the League – which, however, ‘gives in’ to the vaccination obligation for the over 50s, while the Via Bellerio party would have liked the measure to concern only the over 60s – prevail and the mediation (of the premier) is chosen to trigger the new measures for the over 50s (Forza Italia had instead proposed to set the bar from 40 years upwards) and to eliminate from the draft of the text of the new decree the rules relating to the mandatory reinforced green certification to access banks, public offices, but also personal services (non-essential) as the hairdresser and the beautician, the shopping centers, initially planned.

Basically, the new rules foresee the obligation of a reinforced green pass (which is obtained only with the complete vaccination course or with the recovery from Covid) for all workers over 50, while compulsory vaccination is introduced for non-working 50-year-olds.

The vaccination obligation will be valid until June 15th, the compulsory super green pass for 50-year-olds at work will start from 15 February.

Until March 31, in order to access public offices, banks, shopping centers and use personal services, the simple green pass (which is obtained with a vaccine or swab) will suffice.

No changes, however, for essential services, such as grocery stores and pharmacies, where it will continue not to be mandatory to show any green pass.

News also on the school front: confirmed the line strongly desired by the premier and shared by the government of returning to class without delay from 10 January.

But the rules for dad change, differentiated by age: for nurseries and nurseries from 0-6 years, in the case of 1 positive in the classroom, the quarantine for the whole class will be triggered; for elementary schools, in the case of 2 positives, the 7-day quarantine is triggered for the entire class, while if there is only one positive case, it remains in the presence with verification testing.

For lower and upper secondary schools, different rules will apply: with only 1 case, strict surveillance is foreseen; with 2 cases the class remains in the presence with self-monitoring and the obligation of Ffp2 masks; with 3 cases only the vaccinated would remain in the presence and monitored, the dad fires instead for the unvaccinated, finally from the fourth case all the colasse will go into the dad.

As for the sanctions, “after the fifth day of unjustified absence” the employer can suspend the worker for the duration corresponding to that of the employment contract stipulated for the replacement, in any case for a period not exceeding ten working days “, renewable until March 31, 2022, without disciplinary consequences and with the right to retain the job for the suspended worker .

Draghi in Cdm, we intervene on the age class at risk

“Today’s measures want to preserve the proper functioning of hospitals and, at the same time, keep schools and businesses open”.

Thus Prime Minister Mario Draghi opened the CDM which then gave the green light to the vaccination obligation for the over 50s.

“We want – the premier’s reasoning – curb the growth of the contagion curve and push the Italians who have not yet been vaccinated to do so. We intervene in particular on the age groups that are most at risk of hospitalization to reduce the pressure on hospitals and save lives “.