Biden recalls the assault on the Capitol and accuses Trump of putting his interests “above those of the United States.” 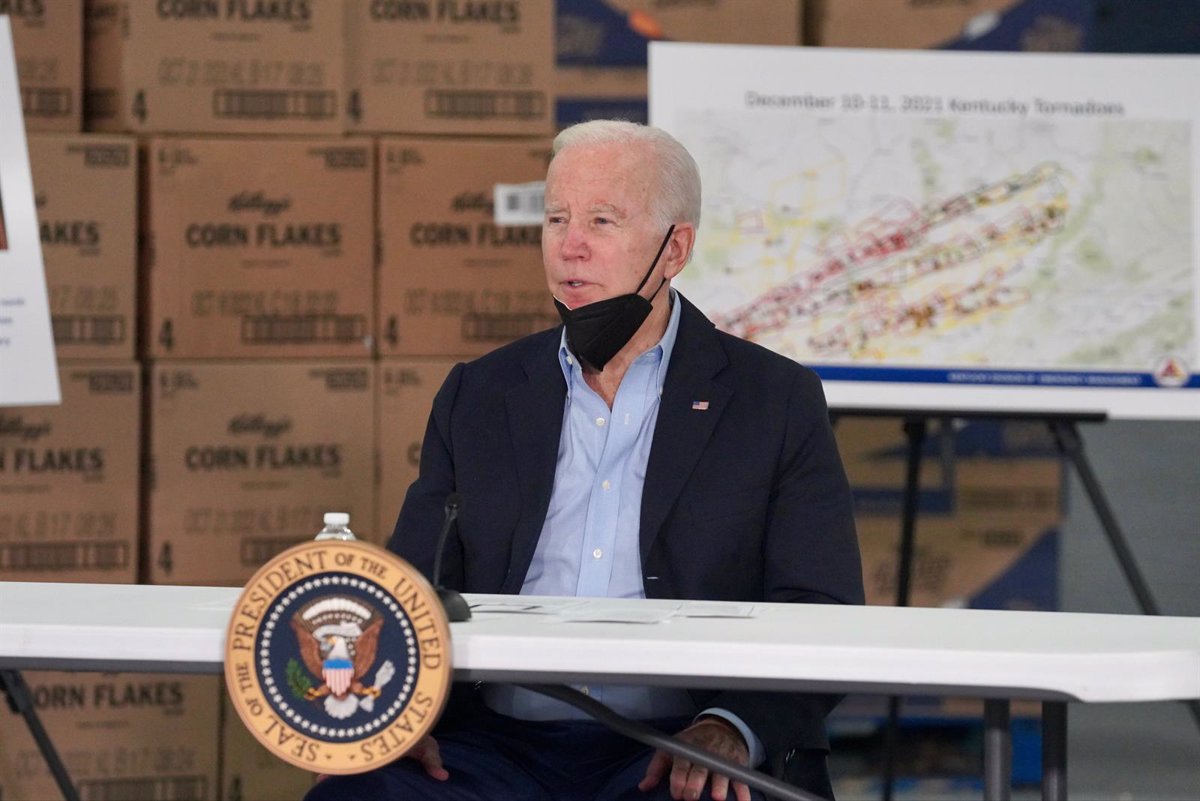 The president of the United States, Joe Biden, has commemorated this Thursday the first anniversary of the assault on the Capitol that took place on January 6, 2021 at the hands of a mob of supporters of former President Donald Trump and that left five dead, and has accused the New York magnate of having put his interests “above those of the country.”

In a half-hour speech, Biden has defended America’s “founding values” and lashed out at the threat posed by Trump and his “violent supporters.” “For the first time in our history, a president not only lost an election but also tried to prevent the peaceful transfer of power while a group of violent men tried to storm the Capitol,” he asserted.

“But it failed. They failed. And on this day we must guarantee that this attack is never repeated,” he said before lamenting that the “ego is more important than democracy or the Constitution.” “He could not admit his defeat,” he stressed.

Biden has repeatedly avoided speaking directly about his predecessor in office and this time he did not say his name, although he has referred to him as “the former president.” “A former president has created a web of lies about the 2020 elections. He has done so because he values ​​power above all else, because he sees his own interest as something more important than the interest of the United States,” he lamented.

Thus, he recalled that he stood in the elections to fight “for the soul” of the country and warned that democracy “is in danger. Therefore, he has asked the population to fight for law and order, to” preserve the flame of democracy. ”

“The former president and his followers have decided that the only way to win is to suppress the vote and steal elections. That is wrong, it is not democratic. And, frankly, it is not American either,” he insisted.

The current tenant of the White House has taken the opportunity to thank the Police for their work during the day a year ago. “In this sacred place, democracy was attacked. The will of the people was assaulted. Our Constitution suffered threats,” he recalled.

However, he said, “the Capitol Police, in a minority, faced the brutal attack alongside the National Guard, the Metropolitan Police Department and other senior officials and officials in Washington.” “Our democracy resisted. We prevailed,” he stressed.

Shortly before, the vice president, Kamala Harris, addressed the nation and warned of “what the country would be like if the forces that sought to dismantle democracy had been successful.” “We saw the violence, the chaos,” he added.

“When I meet with young people they always ask me what is the state of our democracy. Because of January 6. What I tell them is that that day shows the dual nature of democracy, its fragility and its strength,” he added .