Authorities say dead and injured in protests in Kazakhstan 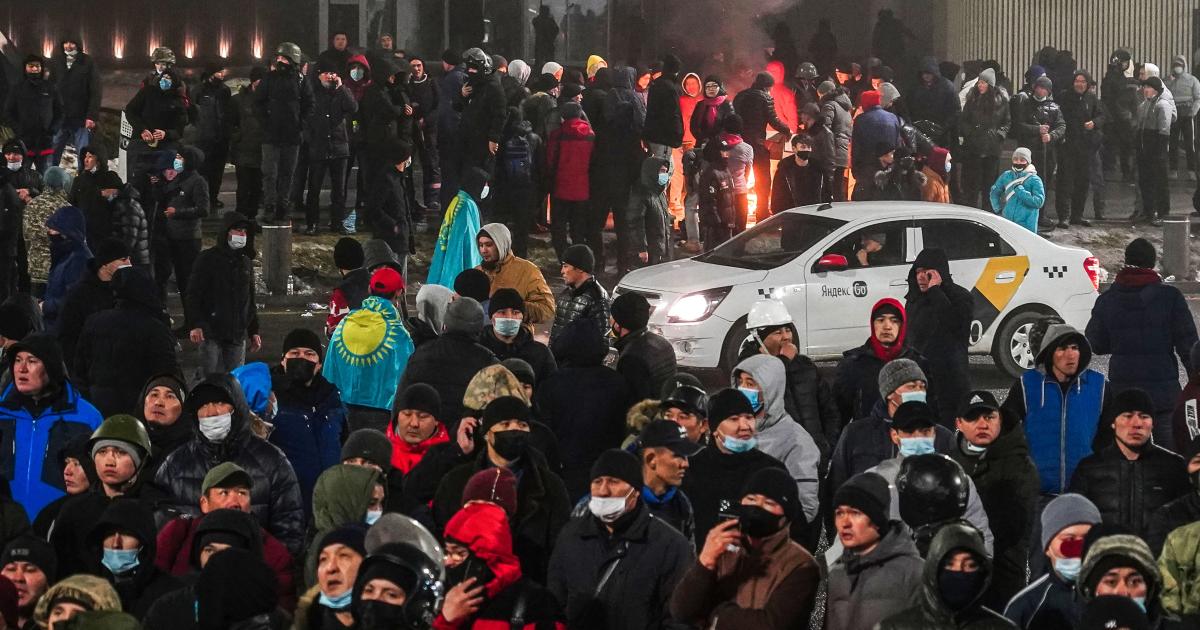 According to the authorities, more than 200 people were arrested in connection with the protests on the night of Wednesday alone. Looted shops and buildings burned down and machine gun shots heard on videos posted on the Internet.

Tokayev accused “terrorist groups” of being behind the protests. The groups would be trained “abroad,” he said on state television. The current chairman of the CSTO, Armenia’s Prime Minister Nikol Pashinyan, said that the unrest in Kazakhstan was triggered by “outside interference”. The US and the EU called on all parties to “restrain”.

Larger protests in authoritarian Kazakhstan are rare. What is happening now is the biggest crisis to date in Tokayev’s term in office, who succeeded long-time head of state Nursultan Nazarbayev in 2019. The now 81-year-old Nazarbayev headed Kazakhstan from 1989 to 2019 and still controls the politics of the Central Asian country as the “leader of the nation”. Nazarbayev is a close ally of Russian President Vladimir Putin.

In view of the serious unrest in Kazakhstan, Lufthansa has canceled flights to Almaty. “Due to further developments, Lufthansa has now decided not to offer any more regular flights to Almaty until further notice,” said the airline group and AUA parent. The AUA is not affected because Kazakhstan is not in the flight schedule of Austrian Airlines, as the airline announced on Thursday on APA request.

Protests against high energy prices have recently escalated in Kazakhstan. On Wednesday demonstrators temporarily occupied the airport in Almaty. The security forces then brought the airport back under control. Other airlines such as Flydubai and Air Arabia have also suspended connections to Almaty.