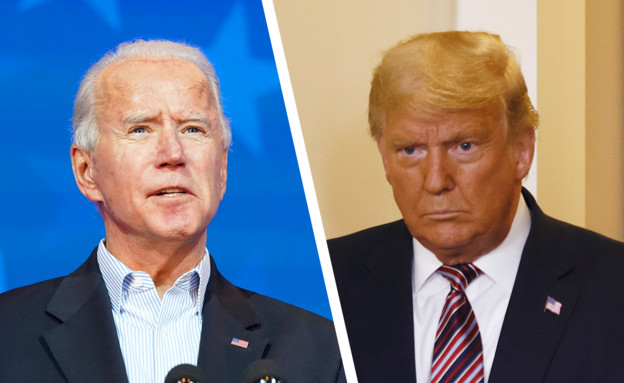 Year to break into the Capitol: US President Joe Biden today (Thursday) attacked his predecessor as Donald Trump and accused him In the onslaught of his supporters on Capitol Hill, in a speech he delivered marking a year of events. He said that “the former president of the United States has created and spread a web of lies regarding the 2020 elections. He prefers power over principles, sees his interest as more important than that of his country.”In remarks Biden made, he referred to Trump as “the former president,” but did not once mention his name. The US president pointed an accusing finger at his predecessor and claimed that “he cares more about his damaged ego than our democracy or our constitution”.

He said during the riots that took place in the Capitol – “The former president sat in the private dining room next to the Oval Office in the White House, watched all this on TV and did nothing for hours, while the police were attacked and at risk, and the Capitol under siege.” He further accused Trump of three big lies and said that “Trump and his people are trying to rewrite history. The 2020 election was the biggest demonstration of democracy”

“More Americans voted in this election than ever in all of American history. More than 150 million Americans went to the polls – in the plague, some at great risk to their lives. They should be applauded, not attacked,” he added. “The former president and his supporters have decided that their only way to win is to suppress the Americans’ vote and undermine the election. It is wrong and undemocratic.”

“Even before the first vote, the former president sowed doubts about the election results. He built his lie for months, based on no facts,” Biden attacked. “He was just looking for an excuse to cover up the truth,” he argued, emphasizing, “We must make sure it does not happen again. The president’s job is to create unity – not divide. It’s not just me, it affects us all.”

Biden concluded his remarks with a dramatic statement: “We are in a battle for the soul of America.” According to him, this event “does not mark the end of democracy, but the beginning of a renaissance of freedom and fair play. The pain and scars from that day are deep.” He stressed that “I will stand in this outburst, defend this people and not let anyone put a dagger on the throat of democracy. We will make sure that the will of the people is heard and not violence – but that the authority of this people will always be transferred peacefully.”

Vice President Kamla Harris also addressed the riots on the anniversary, saying that “on January 6, we have all seen what our nation will look like if the forces seeking to dismantle our democracy succeed. It is about lawlessness, violence and chaos.” She further noted that “the extremists who roamed these halls threatened, this is not the lives of elected leaders. What they sought to humiliate and destroy was not just a building, sacred as it may be.”

“They attacked the institutions and the ideal values,” Harris added. “What was at stake then and now is the right to have our future decided as the constitution dictates, by us, by the people. We cannot let our future be decided by those who want to silence our voice.”