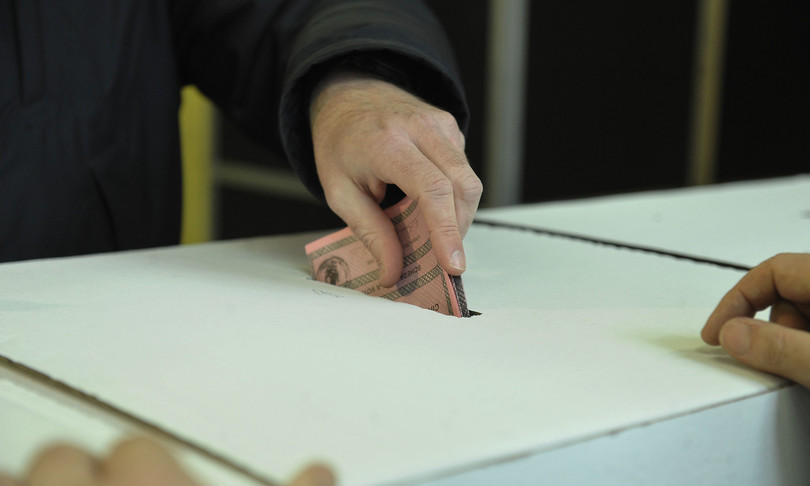 In 10 days in Rome we return to the polls, almost 160,000 voters are involved for the additions of the college to the Chamber of Deputies in the historic center, the bench left free by Roberto Gualtieri with his election in the Campidoglio.

But between the emergency linked to the Covid pandemic and the political forces all projected on the match for the Quirinale, the session of 16 January risks marking very high rates of abstention.

Five challengers in the running. The college in the historic center has been a fiefdom of the center-left for years. In 2018 the monumental districts elected Paolo Gentiloni, then when the former premier was appointed EU commissioner he returned to the polls in March 2020, a few days before the lockdown, and won with over 60% Gualtieri, minister at the time. of the Economy.

Two years ago, just 17% of eligible voters voted, given the economic situation, this time the percentage could drop further.

The center-left looks frayed. The Democratic Party, on the strength of the recent success in the Campidoglio, runs with Cecilia D’Elia, responsible for Equal Opportunities of the party, exponent close to the governor of Lazio Nicola Zingaretti, appreciated across the board among the demos and supported by a coalition that includes left-wing and civic formations.

The M5s does not field anyone, perhaps fearing an opaque electoral test, just think that in 2020 the candidate of the Movement stopped below 5%. The Renzians of Italia Viva fielded Valerio Casini, young Capitoline councilor, also supported by Carlo Calenda, returning from a good third place in the municipal elections.

For the center-right there is Simonetta Matone, leader of the Lega in Campidoglio, a former magistrate, who enjoys cross-party consensus. The candidates Beatrice Gamberini di Potere al Popolo and the civic Lorenzo Vanni complete the picture.

Given the risk of abstention, political forces are mobilizing to take advantage of the last weekend available before the elections.

The electoral campaign lasted just a month and was interspersed with the holidays of Christmas, New Year and Epiphany. Between Friday and Sunday, the Roman Democratic Party organized about twenty initiatives between markets and green areas in the area to support D’Elia’s candidacy, which in these days is spent between local initiatives and direct social networks.

Same score for the center-right. Matone was today at the Campo de ‘Fiori market and in the next few days it will continue with similar initiatives. To give an idea of ​​the type of campaign that the candidates are conducting, just read a post by the former magistrate in recent days: “If you have relatives or friends in Municipalities 1, 2, 14, 15, remember that Sunday, January 16, we vote for Chamber and that, if they want, they can vote for me “.

Casini also alternates local initiatives with social videos together with Matteo Renzi, with the former prime minister who assures: “We play it on the thread of votes, even convincing 5-10 people from the circle of close people will make the difference, to make it clear that Italia Viva does not have 2% as they keep telling us in the polls and in talks but he has a serious candidate and a result that in my opinion will be a surprise “.

On 7 January Casini should organize an initiative together with Renzi. Whoever wins gets the last place available to participate in the election of the President of the Republic.