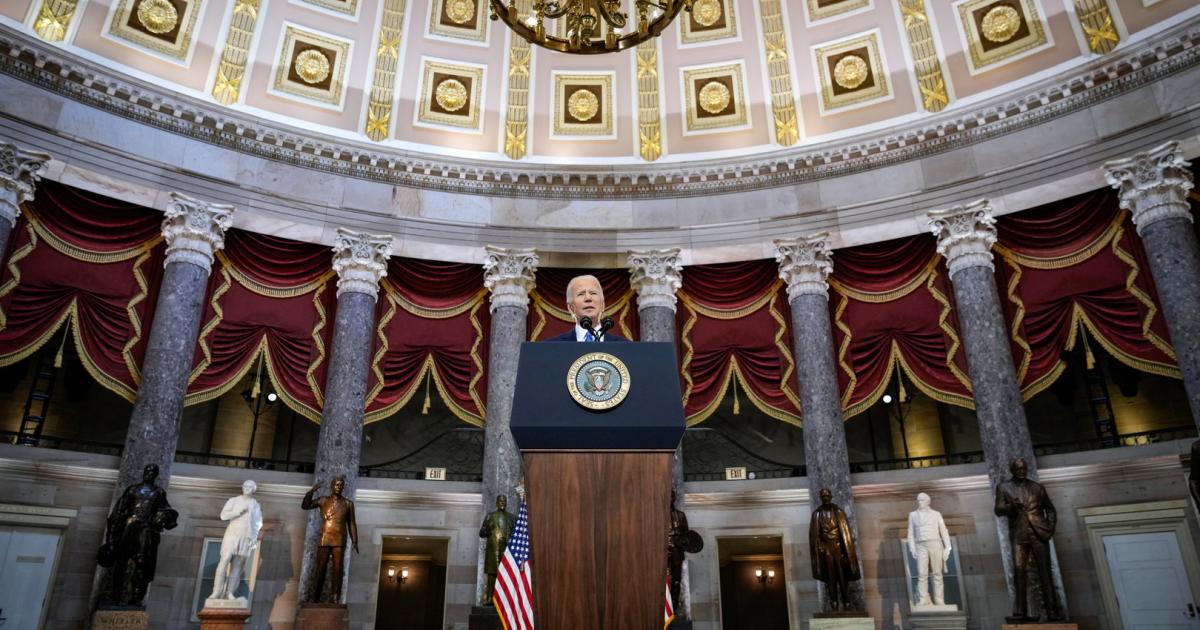 Former Democratic President Jimmy Carter wrote on Wednesday in the New York Timesthat the US is “on the brink of a widening abyss”. “Without immediate action, there is a risk of civil conflict and the loss of our precious democracy.” The ex-president called for differences to be resolved and for cooperation – “before it is too late”.

Even a year after he took office, society is deeply divided. Although dozens of courts, electoral authorities and members of the former Trump administration have rejected claims of alleged election fraud, around 55 percent of Republican voters are convinced of the opposite, according to a survey by Reuters news agency and the Ipsos polling institute.

Trump still enjoys great influence in the party, which should also play a role in the upcoming congressional elections in November. Biden’s Democrats will then have to defend their narrow majorities in the House of Representatives and Senate. If this does not succeed, Biden will have to rule for the remaining two years until the next presidential election in 2024, against much greater resistance in parliament.