Out of court settlement for Prince Andrew and a retrial for Ghislaine Maxwell? 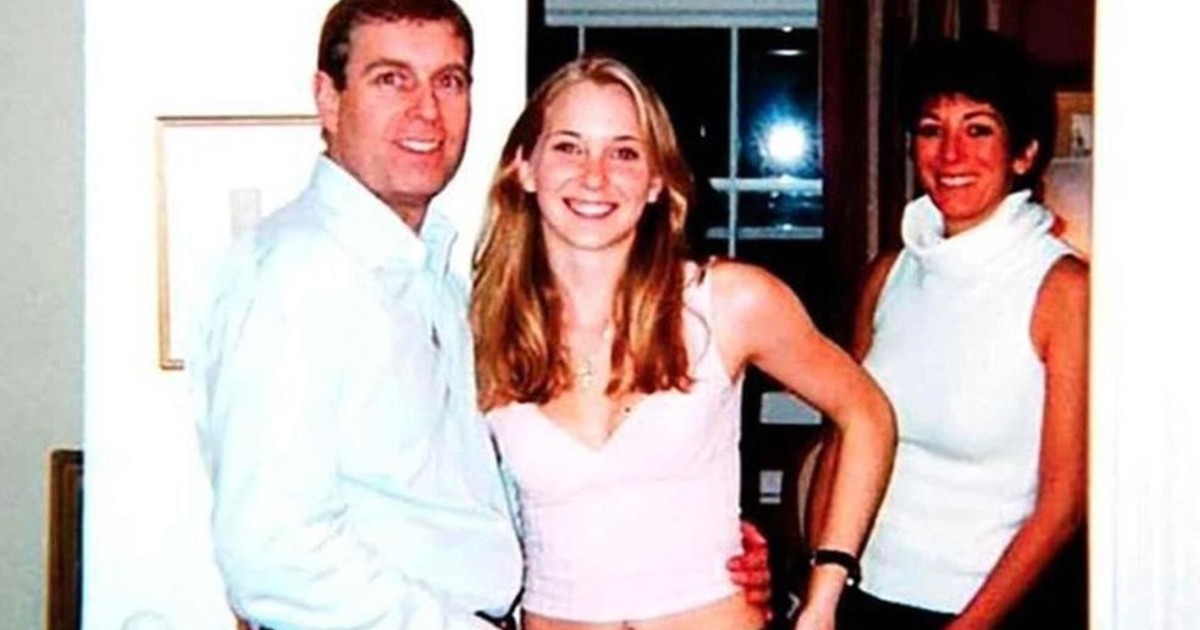 Andrew, the Duke of York and Queen Elizabeth’s favorite son, discusses the option of “an out-of-court settlement” in the civil lawsuit that he can initiate Virginia Giuffre for being sexually abused three times by him, at the instigation of Jeffrey Epstein and Ghislaine Maxwell.

Giuffre assures that he had sexual relations with the duke chen I was 17 years old. Andrew has rejected these allegations for years.

“Very soon” Judge Lewis Kaplan must decide whether to carry out the trial in New York or to rely on the financial compensation agreement that Epstein and Giuffre signed.

They argued “respectfully disagree” with the magistrate’s interpretations. The specialists in the court assure that this is the language they use those who lose the cause.

Legal sources close to the duke privately acknowledge that the judge’s comments during a “brutal” hearing of 75 minutes this week they made it very clear that he was leaning on the motion to dismiss the arguments of the royal attorneys.

So as not to harm the queen

Faced with accusations of damaging the Royal House, being an “internal exile” in some of the “estates” (properties) of his mother and under threat of losing his title, the Duke of York has not ruled out reaching a financial agreement with his accuser to avoid further eroding the reputation of the Windsors, who suffer a major crisis.

A potential reward for Virginia Roberts Giuffre could be “at least” several million pounds and would be paid for by her mother, Queen Elizabeth, one of the richest in the world, according to Forbes magazine.

Giuffre, now 38, claims it was Forced to have sex with Prince Andrew on three separate occasions in 2001, when he was 17, in London, New York and on Epstein’s private Caribbean island.

Your civil lawsuit seeks unspecified damages. In the agreement with Jeffrey Epstein, she received half a million dollars not to initiate a lawsuit against anyone. But the judge doubts that Prince Andrew is included because it was never mentioned.

Giuffre, now 38, claims she was forced to have sex with Prince Andrew three times. Photo: AP

Although the Duke has indicated to his team of UK and US lawyers that wants to fight the accusations and clear his name, sources close to it point out that it is a civil case in the United States, which is being waged by American lawyers.

As such, the issue of the out-of-court settlement “it’s never off the table” for his legal team, led by Los Angeles-based Andrew Brettler, as 99 percent of civil cases in the United States are resolved out of court.

While in the UK public opinion a financial reward would be seen as an admission of guilt, in the US it has other connotations.

The duke would argue that he simply couldn’t put his family, specifically his 95-year-old mother, to the monarchy, under more stress and I wanted to protect them from further consequences.

The Queen offered private support to pay what is needed. Andrew, who lives a few steps from his mother in Windsor Park, has lunch with her several times a week and accompanies her in the solitude of Windsor Palace, along with his daughters Eugenie and Beatrice.

The funds come from his annual income from his private estate in the Duchy of Lancaster, which recently increased by £ 1.5 million to more than £ 23 million.

The Sunday Times published this week that the Duke he would lose his title, should move out of the queen mother’s house where she lives and get away from the royal family. The leak, which comes from the Royals, was strongly debunked by Buckingham Palace as “A speculation.”

The Duke is removed from any public function of the Royal Family but Prince Charles and his son and heir, William, they don’t want me to come back anymore. The queen is opposed to that sharp measure. But no one knows what will happen if she dies or what the future of Andrew and his daughters, the princesses Beatrice and Eugenie, will be when Carlos becomes king and how his safety and that of the daughters would be financed.

In the hands of Judge Kaplan

If Judge Kaplan agrees to start the trial, the duke must testify under oath. A ceremony devastating for your reputation.

The judge must now decide technically the future of the process. But the judge’s repeated interruptions and remarks during Tuesday’s hearing did not bode well.

The duke’s lawyer argued that the case should be dismissed as Giuffre he had “waived his rights” to sue him when he signed the 2009 $ 500,000 release agreement with Jeffrey Epstein, but the judge appeared to disagree.

Judge Lewis A. Kaplan unceremoniously rejected most of the legal points raised by Brettler, telling him at one point: “With all due respect, Mr. Brettler, that’s not a dog I’m hunting here.” And again challenging him with a strong: “So what?” If the duke chose to draw a line in the process before taking any more blows, it would be Giuffre’s decision whether to accept a deal.

However, people close to Prince Andrew believe that since the civil action always included a claim for damages, it could be settled for money. If it was designed to permanently damage the Duke’s reputation, that goal has already been met.

Giuffre has not calculated the amount of compensation he is seeking for “significant emotional and psychological distress and damage.” But ask for compensatory and punitive damages, which would be “substantial.”

Sources close to Giuffre want the prince Make a formal apology, repent, and make it up to you.

The settlement could be imminent and before the judge’s decision in New York.

Another problem adds to the image of the British monarchy. Ghislaine Maxwell, Jeffrey Epstein’s partner in abuse and found guilty last week, she may request a new trial because two members of the jury who found her guilty they did not report that they had been victims of sexual abuse.

Ghislaine she is a close friend of the prince and one of the abuses would have occurred in his house.

Judge Alison Nathan gave the defense a January 19 deadline to file a motion to vacate Maxwell’s conviction for sex trafficking. He offered the jury in question a court-appointed attorney.

Maxwell’s attorneys told the Manhattan court Wednesday that there were “incontrovertible grounds for a new trial,” after a juror revealed that used your experience as a survivor of abuse to guide the jury’s deliberations. Then a second defendant appeared.

The jurors during the Ghislaine trial. Photo: AP

It came an hour after prosecutors themselves asked Judge Nathan to conduct an investigation into the interviews that the juror awarded to various media. It is unclear whether the man, who gave his name as “Scotty David”, revealed the information in the jury questionnaire during the selection, as he was asked to do.

“Scotty” admitted this week that helped the jury reach a verdict guilty that saw Maxwell, 60, convicted and facing up to 65 years in prison.

He also told jurors that he had waited until high school before telling someone about his abuse, in an effort to justify why some of Maxwell’s victims hadn’t come forward earlier.

“When I told you that, they could turn around, they were able to change the aspect of the memory of sexual abuse, “he told Reuters.

Separately, in an interview with The New York Times, a second juror described being sexually abused as a child. Said they too they had discussed the experience during the deliberations.

The revelation, this juror said, appeared to help shape the jury’s discussions.

“We believe in the law and the facts and we are clearly on our side,” Christian Everdell of the defense wrote in a document Wednesday. “Ms. Maxwell shouldn’t have to spend valuable time and resources reporting other motions.”

During the jury selection, some 230 potential members received questionnaires asking, among other things, whether they or someone in their families had suffered sexual abuse, court records show.

Legal experts said Tuesday that the disclosures risked a possible mistrial if the juror had not been completely transparent in the court questionnaire form that would-be jurors had to fill out during the selection process.

“The juror stated that he ‘ignored’ the questionnaire for prospective jurors and does not recall being asked if he had been the victim of sexual abuse,” attorneys for the Southern District of New York wrote in a presentation Wednesday. “Based on the foregoing, the Government believes that the Court should carry out an investigation,” they said, proposing a hearing next month.

Question 48 out of 51 in the questionnaire given to the jurors was: “Have you or a friend or family member been the victim of sexual harassment, sexual abuse, or sexual assault?”, Followed by: “If yes, do you think this would affect your ability to act fairly and impartially as a jury in this case?”

“Scotty David” said that I did not remember that question. “They don’t ask about his history of sexual abuse,” he said. “They didn’t ask in the questionnaire.” He then said, however, that he would have answered “honestly.”

The United States legal system allows both prosecution and defense teams to yourself candidatos. In selecting 12 members of the main juror, Maxwell’s team had 10 challenges and the indictment six.

A possible juror was removed from office during questioning by the judge, after he told the court that he informed his sister’s school of the alleged sexual abuse his sister had suffered at the hands of a teacher.

If it was not revealed in the questionnaire that the jurors were required to complete prior to selection, this “could definitely be a problem”, Moira Penza, a former federal prosecutor in New York, told the British newspaper The Telegraph. “I certainly hope the jury has fully disclosed this in their questionnaire.

“In the first instance, it would probably form the basis for a motion to Judge (Alison) Nathan for a new trial,” he said.

Scotty David, the jury, assured that he influenced the deliberations of the other members. The next few days will be fundamental to know the fate of this trial, which may accelerate the out-of-court settlement of Prince Andrew, who was not named in the Maxwell trial.