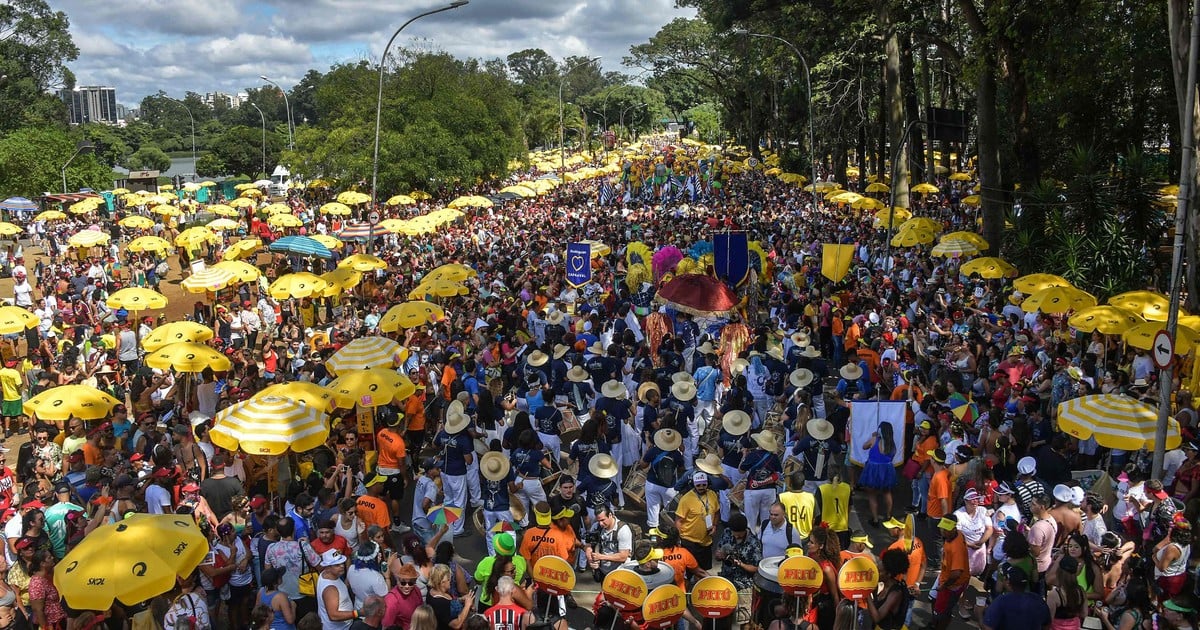 The omicron variant is already the dominant coronavirus strain in Brazil, where traditional street carnivals are beginning to be canceled in several cities. After the announcement of Rio de Janeiro, on Tuesday, now São Paulo and Brasilia imitated the measure and suspended those traditional festivals.

The Our World in Data platform, linked to the University of Oxford, reported that the omicron variant, which emerged in South Africa, represented 58% of the newly infected before the first half of December.

According to this platform, behind the strain discovered in Africa is the delta variant with 41% of the new infected in Brazil, a country that in recent weeks there was an explosion of contaminated.

Omicron was detected in Brazil at the end of November and is already broadcasting locally in São Paulo, Rio de Janeiro, Brasilia and other capitals of the country.

Due to the “epidemiological scenario, São Paulo will have to cancel the street carnival, the possibility of holding a controlled street carnival in large environments such as the racetrack and with a vaccine passport is also ruled out,” the mayor of San Pablo, Ricardo Nunes.

“I want to emphasize that the decisions of the Mayor’s Office are based on science, on respect for the word of health technicians,” he added.

Nunes announced the cancellation of the street festivities after receiving a report from the experts of the Sanitary Surveillance Commission.

One of the data that led to this conclusion is the increase in infected with coronavirus and flu, as evidenced by the fact that this Wednesday there were more than 50 thousand consultations of patients with these diseases in hospitals and primary care units of the city.

In 2019 millions of people participated over the course of a month, in the street festivities of San Pablo, an event animated by the neighborhood groups, the popular “blocos de rua”.

Despite the cancellation of street parties the professional troupes were left standing, the Escolas do Samba, but with a more severe control system for the public that will gather at the São Paulo Sambadrome.

A meeting of the mayor with the Liga de las Escolas do Samba is scheduled to discuss the rules that will be applied at the Sambadrome.

The municipal health secretary, Edson Aparecido, declared: “Our concern is not only with the days of the parades, but with the crowds” of the public at the Anhembi Sambadrome, in the north of the city.

The decision of the city of São Paulo is in line with the announcement made days ago by the authorities of Rio de Janeiro, where the street carnivals were also canceled but the classic parades at the Marques de Sapucaí Sambadrome are still maintained.

Contagions on the rise

Last week in São Paulo there was a rise in the order of 50% of patients with symptoms of Covid 19 and flu, reported Secretary Edson Aparecido.

In São Paulo, a city of 12 million inhabitants, more than a hundred patients with fluron were confirmed, suffering from coronavirus and influenza flu at the same time.

On the other hand, the governor of Brasilia, Ibaneis Rocha, said that he is going to cancel the carnival festivities, published local media such as the Brazilian mail and the Metropoles news portal.

The suspension of the celebrations in Brasilia occurs after the confirmation of the local transmission of Omicron and the detection of more than 20 patients with fluron.

Other cities, such as Salvador de Bahia and Olinda, in the northeast, had already canceled their renowned carnival festivities.

On Monday the mayor of Salvador did it, where 16.5 million people enjoyed the last edition of the carnival, in February 2020.

On Wednesday it was Olinda’s turn, famous for her processions with “bonecos”, giant dolls, which gathered 3.6 million people two years ago.